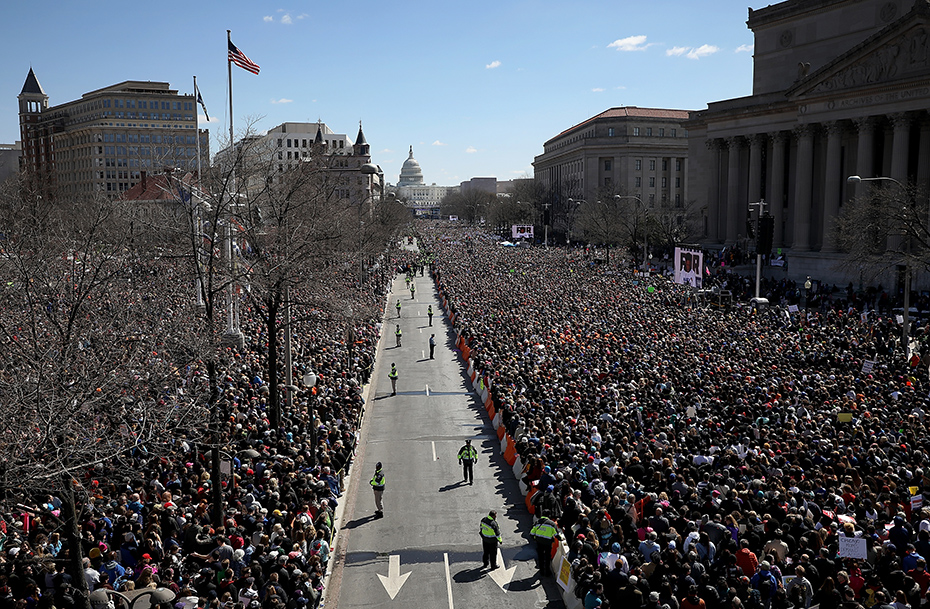 Washington (CNN)California teens are prepared to rock the vote when they turn 18.

“The numbers keep going up,” Padilla told CNN. “These kids know that to change the political environment and policy, they need to register to vote, and they need to vote.”

Padilla’s announcement was tied to the launch of HighSchool.sos.ca.gov, a new portal on the secretary of state’s website connecting youth with civic engagement opportunities. Later this month, Padilla said, he will kick off California High School Voter Education Weeks, where he will hold rallies and speak to thousands of students about the importance of voter registration and preregistration.

“A couple of years ago, it took a lot of work to convince young people why it’s important to register to vote and to vote,” Padilla said. “It’s not that hard of a case to make anymore.”

For California teens, preregistering to vote marks the first step in getting involved in the political process.

“We are laying out our demands so come November, and election time, we know who was listening to us and who isn’t,” 17-year-old Winter Minisee, of California, told CNN in a recent interview. “We can vote people out of office, and replace them with people who have our best interests in mind.”

“Instead of the typical doom-and-gloom we hear about voting rules, there are lots of positive reforms underway to make elections more accessible and inclusive,” University of Kentucky College of Law professor Joshua Douglas told CNN in an interview last month. “We need to promote and expand upon these successes.”
Some, including Douglas, suggest political activism among young people grew in the aftermath of the February shooting in Parkland, Florida. In the wake of the shooting at Marjory Stoneman Douglas High School — which left 17 dead — student survivors sparked a national movement around gun control legislation.

In a recent op-ed for CNN, Douglas argued that activism from Parkland students shows why 16-year-olds should be able to vote. He noted that several municipalities in the US — including Takoma Park, Hyattsville and Greenbelt in Maryland — allow 16- and 17-year-olds to vote in local elections.

Last month, hundreds of thousands of students, teachers and supporters gathered in the nation’s capital — and in various cities across the US — for the March for Our Lives rally, organized by survivors of the Parkland shooting.

“To the leaders, skeptics and cynics who told us to sit down, stay silent and wait your turn, welcome to the revolution,” Marjory Stoneman Douglas student Cameron Kasky told the throngs in Washington. “Either represent the people or get out. Stand for us or beware.”