Will Daniel Sturridge get a chance to regain his verve? Will Ranieri fine-tune for a relegation battle? Will Ravel Morrison return to Old Trafford? 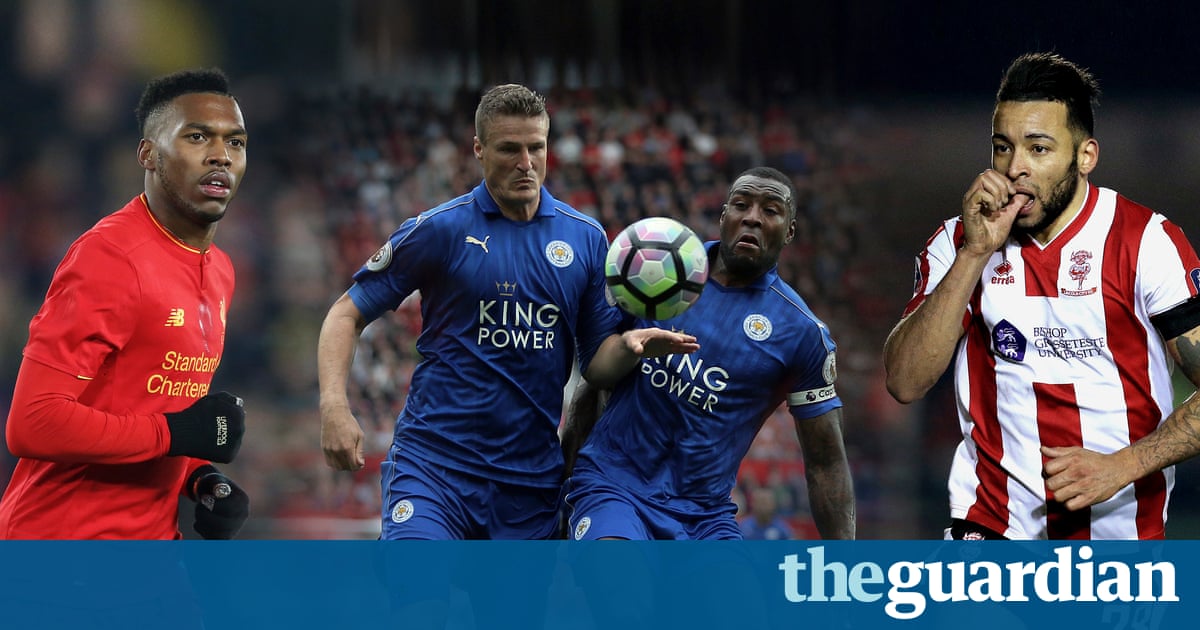 A clutch of (fool)hardy Lincoln City fans queued through Wednesday night in sub-zero temperatures in order to get their gloved hands on the last tickets for their clubs biggest and indeed only fourth-round FA Cup tie since 1976. Those fans were evidently not discouraged by the fact that the National League leaders had suffered their heaviest defeat of the season the previous night, when they were beaten 3-0 by Barrow, whose rugged approach on a treacherous pitch fairly knocked Danny Cowleys men out of their impish stride. The Championship leaders, Brighton, will probably not resort to such robust tactics but are still likely to provide the toughest test yet for a Lincoln side who have already beaten two opponents from leagues above them. The Cup run has generated around 500,000 for the club and given special memories for a generation of supporters who are dreaming of even better days ahead, starting, just maybe, on Saturday. PD

2) Will Sturridge get the chance to regain his verve?

Jrgen Klopp was frustrated by Liverpools poor finishing against Southampton on Wednesday. This weekend his team could have an ideal chance to finetune it, as suspension has deprived the lower league visitors, Wolverhampton Wanderers, of their first-choice goalkeeper, Carl Ikeme. But with Chelsea to come three days later Klopp seems likely to field a side featuring many reserves, as against Plymouth in the last round. It will be interesting to see whether Daniel Sturridge starts and, if he does, whether his performance perks up. It will also be interesting to see how the Anfield crowd reacts if Wolves begin well and threaten to add to Liverpools woeful start to 2017. The last time Wolves won at Anfield, in 2010-11, the home fans gave a memorable example of terrace wit when they began advocating a hilarious stunt. Hodgson for England! they bawled, possibly not expecting the FA to take the suggestion seriously and employ their then manager. Roy Hodgson complained afterwards that ever since Ive been here the famous Anfield support hasnt been there. Klopp, by contrast, has been hailed as a potential saviour ever since his arrival. Belief in him remains strong among Liverpool fans but some of his recent decisions are testing their faith. PD