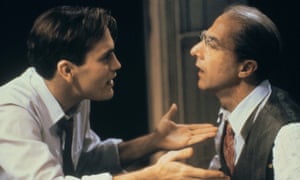 Hunter detailed Hoffmans alleged treatment of her over her five weeks on set in a diary that she mailed to her sister at the time. Today, when I was walking Dustin to his limo, he felt my ass four times, she wrote. I hit him each time, hard, and told him he was a dirty old man.

She claims that on set, she was told to put up with his behavior by a supervisor who told her to sacrifice some of her values for the sake of the production.

At 49, I understand what Dustin Hoffman did as it fits into the larger pattern of what women experience in Hollywood and everywhere, she wrote, looking back. He was a predator, I was a child, and this was sexual harassment. As to how it fits into my own pattern, I imagine Ill be figuring that out for years to come.

Hoffman has responded to the article with an apology: I have the utmost respect for women and feel terrible that anything I might have done could have put her in an uncomfortable situation. I am sorry. It is not reflective of who I am.

The Tootsie stars reputation has often been troubling. On the set of Kramer vs Kramer, he slapped Meryl Streep to improve her performance in a dramatic scene while also taunting her about the death of her boyfriend. I was getting divorced, Id been partying with drugs and it depleted me in every way, Hoffman said of his behavior at the time.