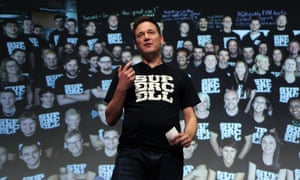 Ilkka Paananen, CEO of game developer Supercell, which paid over 800m in tax in 2016. Photograph: Bloomberg via Getty Images

Gender equality, similarly, was baked in. In 1906, Finnish women became, if not quite the first to win the vote, the first to run for electoral office. Nearly 10% of MPs in Finlands first parliament were women (the figure is now 42%); as early as 1930, up to 30% of university students were women. Women in Finland took their rights seriously, and men accepted it, says Halonen.

Other ingredients have since added to the sauce. Finland benefited enormously from wise wartime and postwar leaders, insists Holmstrm: They thought about the good of the country; took big, sensible decisions. And the consensus backed them, because everyone knew we were fighting for our existence.

Responsible choices were made, invariably by continuity-conscious coalition governments, on big industrial and infrastructure investments, that have paid dividends many times over. More recently, todays high-tech, startup-friendly Finland was born of record investment in research and development in the 1990s, nearing 4% of GDP.

Steady growth through war, the collapse of the Soviet Union and a deep recession in the 1990s, Finlands economy has expanded over the past century at a rate equalled only by Japans has bolstered trust in the nations institutions. People criticise the government constantly, and often for very good reason, says Khknen. But fundamentally, they do trust it.

As they do, on the whole, their welfare state on which Finland spends 31% of its GDP, the second highest proportion in the OECD. (If youre going to have a welfare state, says Halonen, the only real way to it is so well that theres no point having a private alternative.)

But Finns also trust each other more than most, says Andr Chaker, a Canadian-born lawyer and public speaker who has lived in the country for 25 years. Corruption and organised crime are all but nonexistent. That feeds into the business environment, he says. Things get done here faster, more reliably.

And it is trust that breeds confidence, and a willingness to innovate: the World Economic Forum ranks Finland the most innovative country, per capita, in the world. For years dominated by monolithic mining and forestry firms, then by the once-mighty Nokia, Finland today is close behind Silicon Valley in the number of startups per head.

The magic sauce, then, seems based mainly on basic virtues: self-confidence, cooperation, equality, respect for education, trust. At bottom and in practice, says Anu Partanen, a Finnish journalist who now lives in New York, it boils down to a different quality of relationship. She calls it since it is shared to a greater or lesser extent by Sweden, Norway and Denmark the Nordic theory of love.

In the family, its realising that relationships can only really flourish between individuals parents, children, spouses who are equal and independent, Partanen says. In a society, it means policy choices aimed at ensuring the greatest possible degree of independence, freedom and opportunity for everyone.

This article is part of a series on possible solutions to the worlds biggest problems. What else should we cover?

If youre having trouble using the form, click here.