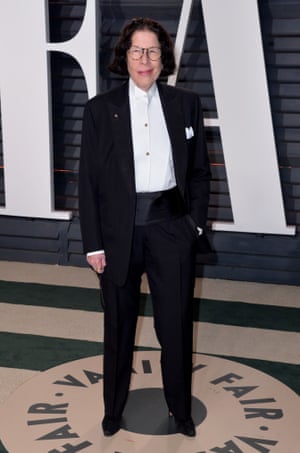 Fran Lebowitz: I had zero belief Trump would win. I have never been so wrong in my life. Photograph: Stewart Cook/REX/Shutterstock

Of course I dont have a gun! She is scathing of gun owners. Who are these people that love guns? These people who love Trump and they love guns, these are the most frightened people I have ever seen in my life. Whos after you? They live in the middle of nowhere. I live in New York city and I dont have a gun. No one I know has a gun.

In the early 70s, when I was more vulnerable in every way, it was really dangerous. I could have gotten a gun but I never got one. I was an 18-year-old penniless girl in the middle of a dangerous city and I was never as afraid as these men in Texas, living in a state of terror. Her voice drips with disdain.

What does she think of the teenaged activists taking on Congress over gun control?

I do feel that this very young generation people who are teenagers today and in their 20s are so much better than the generation right above, people who are in their 40s. When I was in my 40s and these people were coming up, making music and taking drugs, I thought, These people are horrible. But when these new young people started coming up, I was pleasantly surprised. I mean they read books. When I am on the subway and I see a person reading a book, they will be 24, and the person on the Kindle is 44.

Young people love her. Young men come up to her in Macys and tell her she has to change her views about men in shorts; others have created songs and memes about her.

While Lebowitz loves to talk, she sees herself as a private person.

Todays young people have always lived in an environment where people asked them what they thought, she says.

When I was a child no one ever asked you a question and I mean no one. Children were told what to do. From morning to night, instructions No one ever asked about yourself, that is for sure. Unless you had a fever, and even then they took your temperature and told you how you felt. I dont feel well. Yes, you do.

Apart from taking part in the Trump resistance, Lebowitz says she has considered running for mayor of New York except she doesnt want to do any early starts. I would consider being the night mayor and starting at 4pm, she says.

Youre a nightmare already, I joke.

Yeah, I dont need to be elected to be a nightmare.

She looks out to the quiet, leafy Melbourne street, contemplating the flight home to that city she embodies in so many ways. You know what, she says. I cant do that trip again. Its nice here. Ill get someone to send my stuff.