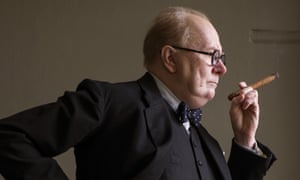 For him, what Churchill got right outweighs the many things he got wrong. Summing up, he writes: When it came to all three mortal threats to Western civilisation, by the Prussian militarists in 1914, the Nazis in the 1930s and 1940s and Soviet Communism after the second world war, Churchills judgment stood far above that of others. This is not an original argument, but Roberts presents it in more detail and with more flair than many previous biographers.

Yet repeatedly in the book the dark episodes of Churchills career, often the consequences of his prejudices, are too easily dismissed. His rejection of an offer of food aid from Britains wartime allies, which would have gone some way to alleviate the disastrous Bengal famine, is covered in just a few pages. And throughout, Churchills racism and paternalism are treated merely as typical of his era and generation which they were, but only to some extent. In Churchills case those prejudices cost lives and had consequences that have lasted until today.

His leadership skills are undeniable, and his ability to inspire and energise his nation utterly vital, but there was also a brutality to him, a love of war that he occasionally admitted to, and an obsession with terror weapons. Churchills passionate support for the aerial bombardment of Iraq in the interwar years, and his deployment of similar tactics on a vaster scale against German civilians during the second world war, his strong advocacy of the use of chemical weapons all have been studied in detail by historians in recent years. This growing body of scholarship reveals a man capable not just of error but of vindictiveness, much of it influenced by his racial views.

Yet Churchills popular reputation is unassailable. His standing in the Britain of 2018 is arguably higher than it was in the war-battered nation of 1945, when the majority of the electorate cast him back into the political wilderness, voting him out of office in favour of Labour and a welfare state. Today the legend is near sacred and almost inviolable. He has been voted Person of the Century and Man of the Millennium. In 2002, the BBC2 audience voted him the Greatest Briton of all time. Fighting the second world war was of course essential, but it has come to be seen as a holy crusade, and is examined less critically by 21st-century Britons than it was by the generation who fought it.

The war of Churchills great speeches, the battle of Britain and the blitz spirit is also the war in which more than 1 million Indians subjects of the empire Churchill so loved were left to die of starvation. Britain and Churchill fought not solely in the name of liberty and democracy, but also with the intention of maintaining the empire, defending vital interests and remaining a great power. Perhaps no biographer, of whatever political persuasion and no matter how even handed, can get beyond the Churchill legend, so long as our devotion to a mythic version of the conflict that defined the man and his century remains so resolute.