The stigma attached to unemployment can be dangerous. We should all think before we judge people who are struggling with trying to find work 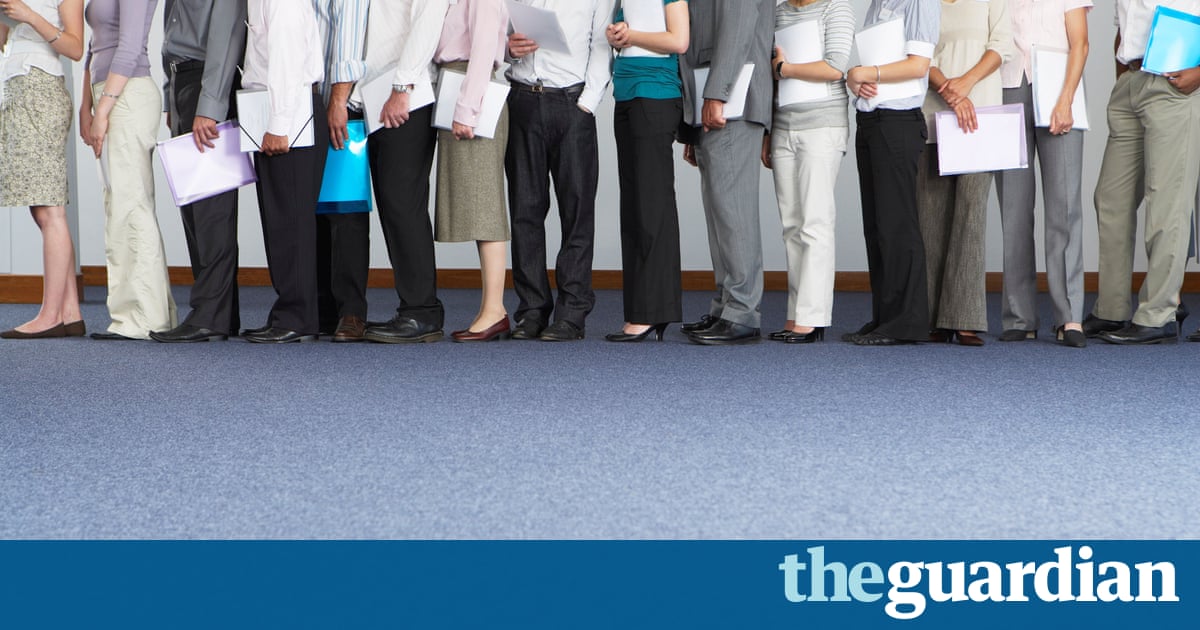 Last year I made a decision Id been struggling with for a few years: I walked away from the business I was running, the business Id sacrificed most of my 20s and numerous friendships and relationships to, the business I had dreamed of running since my primary school years.

To say this was a difficult choice would be a massive understatement but it was what was right for me, or so I believed. I wanted a social life, a regular job and a regular paycheque, and most of all I wanted to feel like a regular person.

For too long I had felt like someone who was tied to her business, who was constantly overworked, overstressed and over budget, but Id lost track of who I was outside the business. I ran a small thoroughbred farm breeding and breaking in horses for racing, and it was my life for a long time. But its clearly not an industry that leaves me with an obvious place to transition.

Another factor was my age. If I was leaving my business behind then I also wanted to leave the industry behind, start afresh entirely and, at 28, I was aware that not only was I getting ancient in terms of entry-level positions, but that if I was going to make a success of myself in my new field then I was better off getting started in it yesterday.

Unfortunately it has now been over six months since I started in earnest to apply for jobs in different fields, seeking to be reborn on a new career path. With the exception of one online video interview, I havent made it past the first checkpoint.

There are a lot of factors at play in this, and in some way I even have sympathy with the countless employers who have rejected me without even meeting me; unemployment is high at that moment, particularly in the Geelong region where I now live. I have no experience that counts, and that I was self-employed for so long does negatively affect the quality of my references. It has also become clear to me that most prospective employers see a history of self-employment in a negative light.

I imagine this loss of faith in oneself and the growing belief that the ongoing rejections are never going to turn around is common among the unemployed. I just never thought Id be one of them.

Going into this, my biggest concern was that I would have to start at the bottom of the ladder and work my way up. It never occurred to me that I would be unable to get a leg on the first rung. I would now give almost anything for the opportunity to prove my worth in almost any position and at any level.

This time last year I was still in the process of closing down my business. It was heartbreaking and depressing but it was something I got through by reminding myself how much easier it would be when it was through.

I knew, not with cockiness but simply because of the faith I had in myself, that I would find another arena in which to excel. The thought that I may be unemployed and on the precipice of giving up entirely never occurred to me.

Among the things I knew about myself then was that I was intelligent and hardworking, with many transferrable skills that would make me an asset in any number of industries but I no longer know these things.

When I think about my unemployed status today these are the things I know: that I may never find anyone willing to hire me; that with every passing day I get a little older and a little less employable and the majority of my intelligent, articulate and sometimes witty cover letters are not even being read. Or perhaps theyre not that witty after all.

I do not feel this every day but there are days where a previously unfamiliar feeling of uselessness and hopelessness do creep over me, and they are demons that I find myself increasingly unable to keep at bay. I never thought unemployment would happen to me. I imagined having to take a job I didnt necessarily want but no job at all wasnt anywhere on my radar. I think its probably this way for a lot of unemployed individuals. And this is probably the greatest lesson that has come out of this experience: that the idea that people dont want to work, that the unemployed are somehow lazy or unmotivated, is a ridiculous myth. And yet I still havent learned it completely.

I still lie to acquaintances and even friends about my employment; make out that Im doing some casual work to tide me over or make jokes about it because Im ashamed. I judge myself every day and Im determined not to let others judge me too.

There is a stigma attached to unemployment that can be dangerous because I dont think it would take much for it to create a potentially irreversible self-hatred. I fill my days with routines that involve exercise, cleaning, job applications and writing and certainly no television or leisure time during work hours; Im strict on that. I dont claim welfare of any kind, because apart from anything else I am far too proud, another one of my failings.

I am not what the unemployed stereotype looks like but I am unquestionably unemployed and Im struggling mentally, emotionally and financially every day. I often barely recognise myself.

This is not a story of self-pity, although it has elements of that Im sure. Im sacrificing my pride in writing about this. But its a lesson to think before you judge because unemployment is hard. If we could just come out and speak about our own struggles with unemployment freely and without shame and stigma, it may just get a little bit easier.