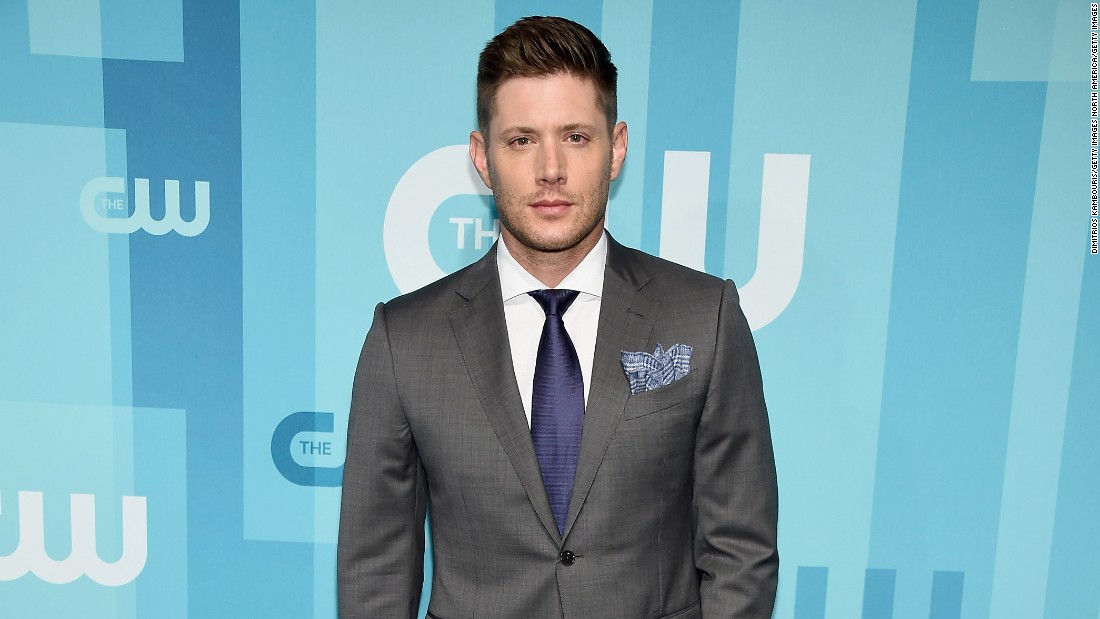 (CNN)As he typically is this time of year, “Supernatural” star and Texas native Jensen Ackles is in Vancouver filming his show. But as the aftermath of Hurricane Harvey and flooding continues to plague the Lone Star State, he is finding it hard to be away from his wife, children and the state he calls home when not working more than 2,000 miles away.

He’s doing his best to help from afar. Ackles is leading a charge to mobilize “Supernatural’s” dedicated fans to raise money for the recovery effort. As of Friday, the effort has raised more than $322,073 through Crowdrise in cooperation with Random Acts, a charity formed by his “Supernatural” co-star Misha Collins.

Ackles, who credits spouse, Danneel, for planting the seed to the fundraising effort, is also making a $50,000 donation.

Ackles and his family live in Austin, and he has other family in Dallas and friends in Houston. While they are safe, he said, “it’s going to be a long road to recovery for people that I know that are close to me.”

“I’m not there; I’m not able to do anything physically,” he said. “But I’m here, and what I can do is rally this incredible community that has been growing for more than a decade now, and I can try to harness some of that power and use it for good.”

Ackles and the “Supernatural” cast aren’t the only famous faces doing so.

Since the devastating effect of Harvey has become clearer — several parts of Houston have observed a record-breaking 49-inches of rain — many celebrities have made contributions to relief efforts.
Kevin Hart donated $50,000 and kicked off a campaign that invited his buddies like Kim Kardashian, Steve Harvey, Dwayne “The Rock” Johnson and Justin Timberlake to do the same for what he called the Hurricane Harvey Relief Challenge.

Kardashian and her family announced Tuesday they’d be donating $500,000 to the Red Cross and the Salvation Army.

“Houston we are praying for you!” she wrote on Twitter.
DJ Khaled vowed $25,000. Johnson also declared a $25,000 contribution in a social media post where he recalled his experience with Hurricane Andrew in 1992.

Producer and musician Steve Aoki donated $15,000 to the Humane Society of Houston and a matching contribution to The Houston Food Bank.

“I want to call on my friends in the music and DJ community to match my donations and help so many who have been affected by this terrible storm,” he said on instagram.
Houston native, Beyoncé, told the Houston Chronicle that she had been working to “implement a plan to help as many as we can.” Later, she disclosed via her site that her philanthropic foundation, BeyGOOD, was collaborating with Bread of Life and Greater Houston Community Foundation to help those affected.
Others have also reached deep into their pockets to the victims of Harvey. Sandra Bullock, Tyler Perry, and Leonardo DiCaprio’s nonprofit foundation all gave $1 million to relief efforts.
In the days following the hurricane,the head of the Federal Emergency Management Agency said his agency was preparing for a years-long effort to help Texas recover.

Ackles said Random Acts is in talks with about a half dozen primarily local charities, to which funds could be dispersed. The intention is to have term recovery needs are served by the contributions.

So far, organizers declared that Americares, The Texas Diaper Bank, and The Bastrop County Long Term Recovery Team will be one of the beneficiaries.

The effort, originally set to run until Friday, has since been extended.

“That’s the amazing thing [about] human nature,” Ackles said of the efforts to help. “Especially being a proud Texan, I have no doubt that [recovery] will happen and it will happen quickly. People rally together in times like this, and it’s neat to see.”