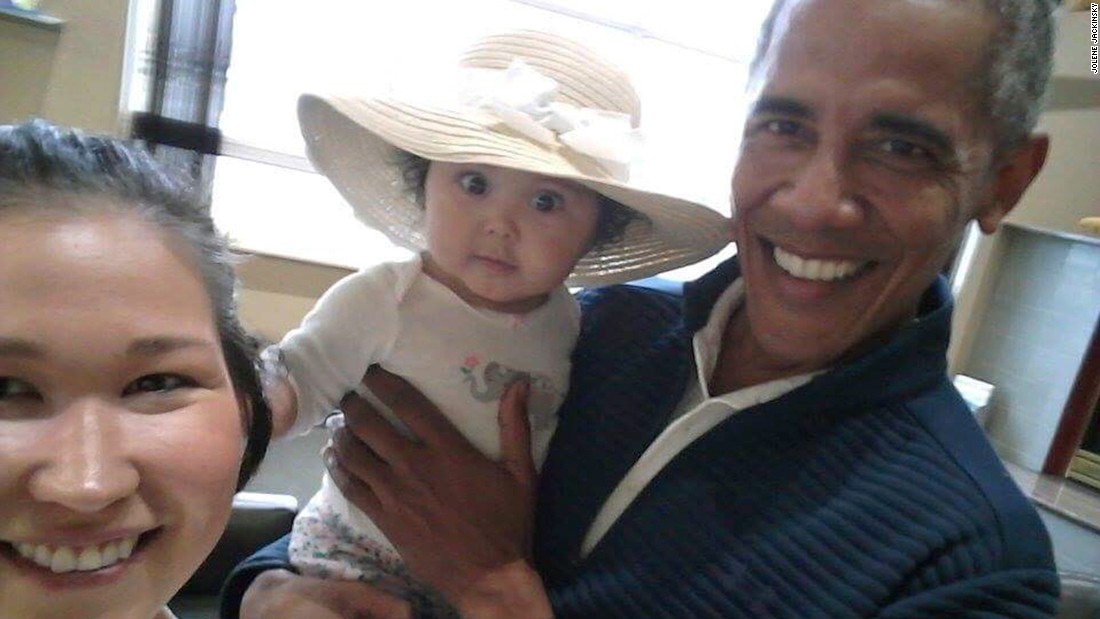 (CNN)Barack Obama may not be president anymore, but his legendary baby-whispering skills are apparently still going strong, after photographs of his experience with a baby at an Alaska airport were circulated widely on social media.

While in a waiting area for personal flights at Anchorage International Airport on Monday, Obama, who was on his way home after a trip to Asia, spotted 6-month-old Giselle and her mother, Jolene Jackinsky, of Anchorage.

Jackinsky told CNN that Obama walked up and asked “Who is this pretty girl?” Before scooping up the cute infant, who was sporting a ribboned sun hat, while a couple of photos snapped.

“It was unreal and very exciting. After I met him I couldn’t believe I actually talked to him and he held my baby,” she said.

During his time at the White House, Obama became notorious for his love of children. In 2011, a movie of him expertly comforting a fussy baby went viral. Obama’s White House photographer, Pete Souza, also regularly captured the then-President meeting a series of small visitors on his Instagram webpage.

Yet, regardless of the famous man holding her, it was infant Giselle’s wide-eyed saying that delighted many on social media Saturday.

“Will never get enough of this baby’s expressions, like she KNOWS she’s meeting Pres Obama,” said one tweet.