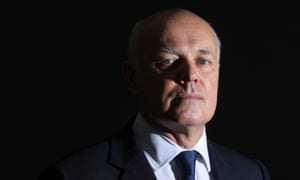 That was Jrvinen, too, until this year. Just as with so many Britons on social security, he was trapped in a humiliating system that gave him barely enough to feed himself, while refusing him even a glimmer of a hope of fulfilment.

So what accounted for his change? Certainly not the UBI money. In Finland, 560 is less than a fifth of average private-sector income. You have to be a magician to survive on such money, Jrvinen says. Over and over, he baldly describes himself as poor.

His liberation came in the lack of conditions attached to the money. If they so wish, Finns on UBI can bank the cash and do nothing else. But, in Jrvinens case at least, the sum has removed the fear of utter destitution, freeing him to do work he finds meaningful.

It sounds simple. It is simple. But to this visitor from Austerity Britain, with its inglorious panoply of welfare scandals stretching from universal credit to Concentrix to Atos, it was almost fantastical.

This UBI trial was introduced by a centre-right government that is bringing in its own version of austerity, including big cuts to benefits and schools. Yet, try as I might to imagine Theresa May or Philip Hammond allowing even loose change to be given to the poor with no questions, I still draw a blank.

I visit Finlands equivalent of Iain Duncan Smith, the social affairs minister Pirkko Mattila. A recent escapee from the populist True Finns, she carries no discernible hippy tendencies not a whiff of joss stick. Yet she seems genuinely bemused that there could be any political resistance to handing poor people some money to sit at home. I personally believe that in Finland citizens really want to work, she says.

What this underlines is how debased Britains welfare politics have become compared with much of the rest of Europe. Blame Tory austerity, or New Labours workfare, or Thatcherisms trite exhortations to get on your bike but we have ended up with a system shot through by two toxic beliefs.

One, that poverty is the product of personal moral failure. For the former chancellor George Osborne, it was about skivers v strivers. For IDS, poverty was the rotten fruit of broken families, addiction or debt. Neither man, nor the rest of their party, can accept what their rightwing counterparts in Finland do: that poverty is no more than a lack of money.

What flows from that is the second bogus British belief: the idea that social security isnt a safety net for all, but a cash-starved and demoralised triage system for the lazy and feckless right at the bottom.

Treating the poor as criminals in the making places welfare as an adjunct to the criminal justice system. It means declaring dying people as fit for work. It leaves disabled people living in mortal fear of their next Esa or Pip assessment; jobless people being sanctioned for no good reason.

And it is all next to useless. Bureaucracy and costs are displaced everywhere from the NHS to local councils to citizens advice bureaux. The government has, on its own assessments, failed to make a fraction of its proposed savings from reforming disability benefits. Think about all those ordinary peoples lives ripped up and ruined and barely a penny saved.

If that was the philosophy of the Finns, they would never have got this experiment off the ground, and Jrvinen would not now be dreaming up dozens of schemes.

Go to Finland for answers on universal basic income, by all means. But be prepared to come back with even more questions about why Britain abuses its poor.

Aditya Chakrabortty is a Guardian columnist