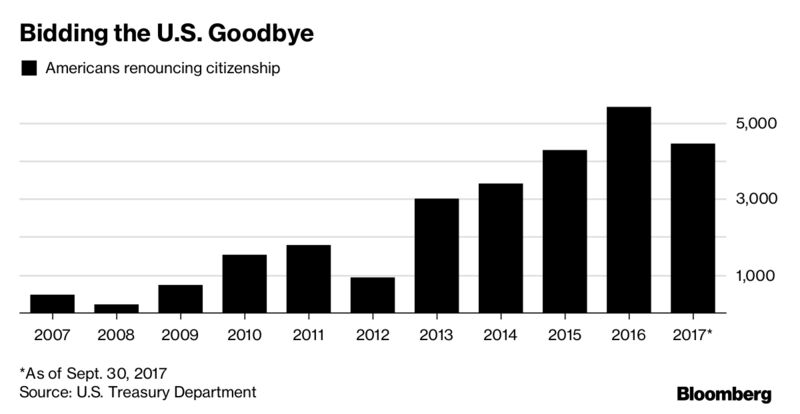 In the third quarter of this year, 1,376 Americans renounced their U.S. citizenship, putting the annual tally on track to top 2016’s record, data from the Treasury Department show.

The pace of Americans jumping ship started to accelerate in 2010, when the Foreign Account Tax Compliance Act (Fatca) became law. The act was intended to stem tax evasion of U.S. citizens living or working abroad by basically requiring foreign institutions holding assets for American expats to report those accounts or withhold a 30 percent tax on them.

Famous names who have expatriated in the past include the writer T.S. Eliot (born in St. Louis), director Terry Gilliam (born in Minneapolis), and director John Huston (born in Nevada, Mo.). This time last year, the U.K.’s foreign secretary Boris Johnson was on the quarterly list. (He was born in New York.)

This year, one particular name on the list seems apt: John Quitter.