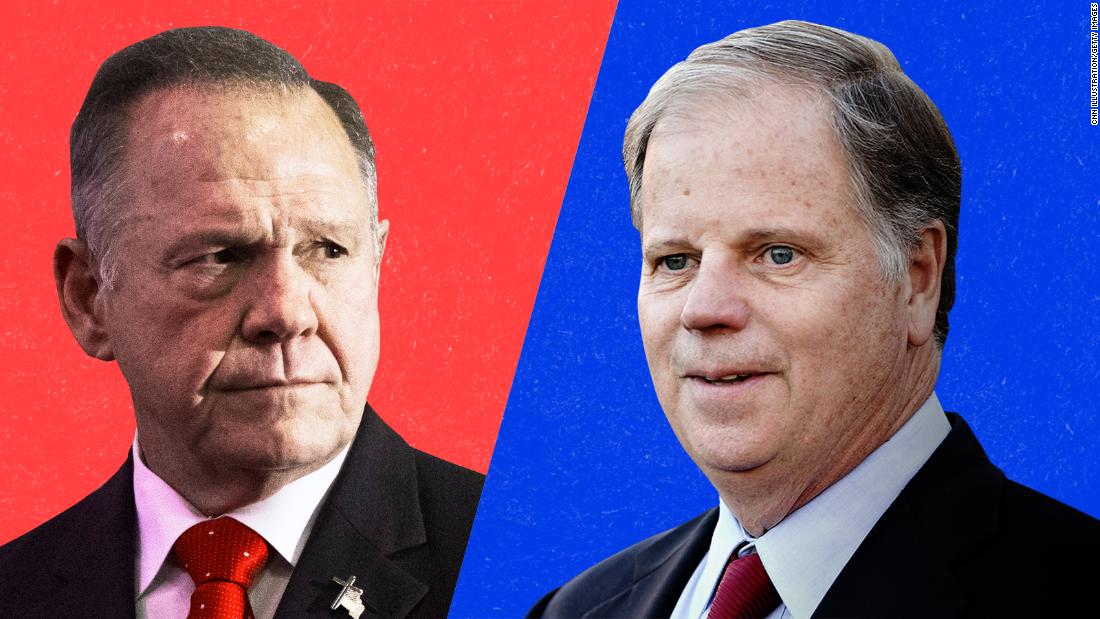 Montgomery, Alabama (CNN)Doug Jones on Tuesday became the first Democrat in a generation to win a Senate seat in Alabama, beating Republican Roy Moore amid a firestorm of allegations that the GOP candidate had sexually abused teens.

“When the vote is this close … it’s not over,” Moore told supporters after Jones declared victory.

The results are nothing short of an embarrassment for President Donald Trump and a disaster for Republicans in Washington as the reliably red state of Alabama elected its first Democratic senator since the early 1990s.

“I think I have been waiting all my life and now I don’t know what the hell to say,” Jones said Tuesday night.

“I am truly overwhelmed,” he added. “We have shown, not just around the state of Alabama, but we have shown the country the way that we can be unified.”

Alabama Secretary of State John Merrill told CNN that while results are not yet certified, it is “highly unlikely” Jones will not be the winner of the Senate race.

“I would find that highly unlikely to occur … there’s not a whole of mistakes that are made,” Merrill said.

Should the results hold, the Republican Party’s narrow Senate majority will be trimmed to 51-49. And two wings — the establishment led by Senate Majority Leader Mitch McConnell and an insurgency led by former Trump White House chief strategist Steve Bannon — are now in open civil war headed into an already fraught midterm election year.

It’s an especially awkward outcome for Trump, who endorsed Moore on Twitter and rallied for him at a campaign event just across Alabama’s state line.

“This is an earthquake… it’s devastating for the President,” a source close to the White House said.

Moore’s defeat amid allegations of child molestation and sexual assault could fuel growing calls from Democrats for Trump to resign from office over the accusations of sexual assault against him.

Shortly after the race was called, Trump tweeted, “Congratulations to Doug Jones on a hard fought victory. The write-in votes played a very big factor, but a win is a win. The people of Alabama are great, and the Republicans will have another shot at this seat in a very short period of time. It never ends!”

Jones’ victory was fueled by huge turnout — and near-unanimous support — from black voters.

Turnout was much stronger in heavily African-American counties, relative to recent presidential elections, than in rural, white counties.

CNN’s exit poll found that 30% of the electorate was black — a higher share than in the 2008 and 2012 elections, when Barack Obama was on the ballot. The exit poll showed that 96% of black voters backed Jones.

Jones cast the election as an opportunity for Alabama voters to reject the embarrassment he said Moore was sure to bring the state. His campaign focused heavily on turning out African-American voters in the run-up to election day, with civil rights icon and Georgia Rep. John Lewis, New Jersey Sen. Cory Booker and other black leaders hitting the trail alongside Jones.

“I love Alabama, but at some point we’ve got to draw a line in the sand and say, ‘We’re not a bunch of damn idiots,’” retired basketball star Charles Barkley, who played at Auburn University, said at Jones’ election eve rally in Birmingham.

The Moore campaign’s strategy for confronting the allegations was simple: Deflect and deny — rolling out allies to praise Moore’s character without ever directly answering questions about the specifics of the accusations.

His campaign seized on minor openings — the location of the phone in one accuser’s house; the date and location details another accuser had added to what she said was Moore’s signature in her yearbook — to attempt to broadly discredit the allegations.

Moore himself, meanwhile, all but disappeared from the campaign trail — even taking a weekend trip to West Point with his wife on the weekend before the election.

How badly did the sexual allegations damage Moore? Exit polls were virtually split as to whether voters believed the allegations: 51% said they were probably or definitely true while 44% said they were probably or definitely false. A majority of the electorate, 57%, decided who to support before news of Moore’s alleged child molestation and sexual assault broke in November.

Moore’s campaign similarly deflected questions about his long history of controversial remarks — including saying that homosexuality should be a crime and that Muslims should not be allowed in Congress.

It all culminated in a bizarre election eve rally in Midland City, in which an Army friend described Moore deciding to leave a brothel in Vietnam and his wife Kayla Moore responding to Moore being portrayed as anti-Semitic over his attacks on Jewish progressive mega-donor George Soros by declaring, “One of our attorneys is a Jew.”

Moore had hung the election’s results on his own character Monday night.

“I’m going to tell you,” he said then, “if you don’t believe in my character, don’t vote for me.”

McConnell decided Moore wasn’t worth the headache and withdrew support for him — which means the Senate Republican campaign arm and a super PAC that usually backs its candidates were nowhere to be found in the closing weeks in Alabama.