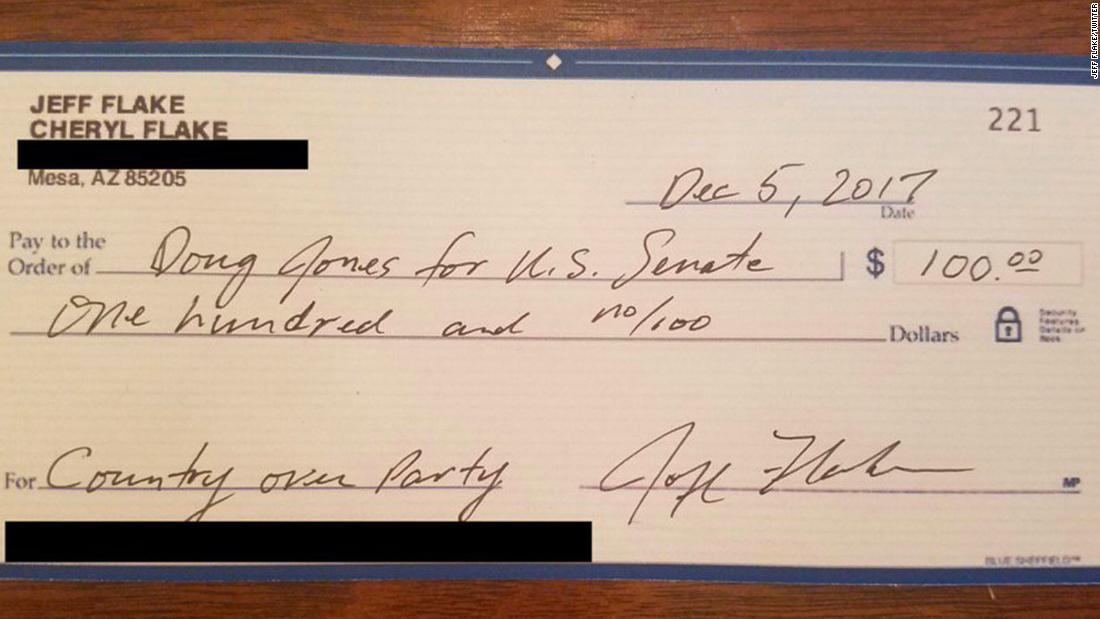 (CNN)Republican Sen. Jeff Flake, who’s been adamantly opposed to Republican Alabama Senate hopeful Roy Moore, posted a photo Tuesday of a check with his signature on it that was addressed to Moore’s Democratic rival, Doug Jones.

The Arizona Republican, who has announced he’s not running for re-election, attended a meeting with President Donald Trump and other Republican senators at the White House earlier Tuesday, where he was seated next to the President despite his widely-known disdain for Trump.

In that same meeting, Trump again expressed his support for Moore in the special election set for next week.

Flake said later Tuesday the President was “wrong” for backing the GOP candidate, who faces multiple allegations of sexual assault from several decades ago.

“I do think the President is wrong here. I think it will have negative impacts for the party in the long term,” he told reporters.