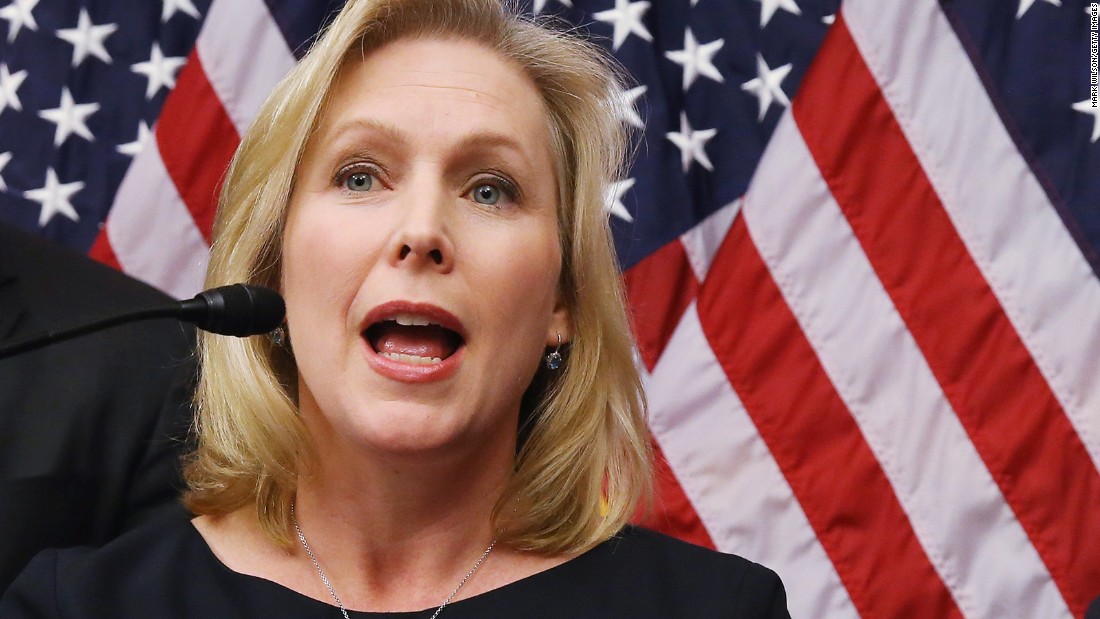 “These allegations are credible; they are numerous, ” said Gillibrand, a leading voice in Congress for combating sexual assault in the military. “I’ve heard these women’s testimony, and many of them are heartbreaking.”

If he does not “immediately resign,” she said, Congress “should have appropriate investigations of his behavior and hold him accountable.”

Responding to UN Ambassador Nikki Haley saying Sunday that Trump’s accusers “should be heard,” Gillibrand said, “Not only should women be heard, but they should be believed.”

White House press secretary Sarah Sanders responded to Haley’s comments at the press briefing Monday, where she reiterated that Trump “thinks it’s a good thing that women are coming forward” but noted that he denies the allegations.