West Palm Beach, Florida (CNN)President Donald Trump tweeted Friday that he turned down a potential offer to be TIME Magazine’s coveted “Person of the Year” after, Trump says, the magazine told him he would “probably” be given the honors.

“Time Magazine called to say that I was PROBABLY going to be named “Man (Person) of the Year” like last year, but I would have to agree to an interview and a major photo shoot,” Trump tweeted from his Mar-a-Lago club in Palm Beach, Florida, where is spending his Thanksgiving holiday.

“I said probably is no good and took a pass. Thanks anyway!” Trump wrote.

The magazine issued a statement disputing the President’s account.

“The President is incorrect about how we choose Person of the Year. TIME does not comment on our choice until publication, which is December 6,” a spokeswoman told CNN.

In 2015, for example, the magazine selected German Chancellor Angela Merkel, who was neither interviewed nor photographed for the issue. Instead, she was represented on the cover by a painting.

“Amazing. Not a speck of truth here—Trump tweets he ‘took a pass’ at being named TIME’s person of the year,” Murray tweeted, along with an article about the incident.

The President’s tweet came after a day of talking to world leaders and playing golf with Tiger Woods and Dustin Johnson. 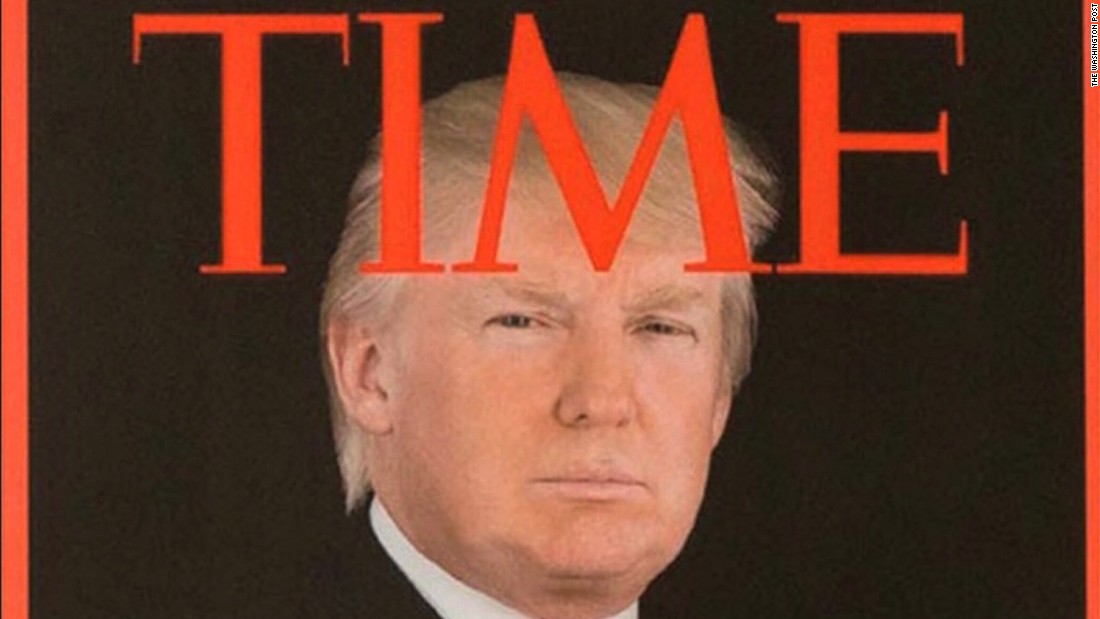 Trump has long been obsessed with being on the cover of TIME and other news magazines, even making fake covers to hang in some of his properties.

Last summer, TIME asked for the fake magazines to be removed after reports surfaced that at least five of Trump’s golf clubs featured the fakes bearing his photo.

The President was named TIME’s “person of the year” in 2016, following his victory over Hillary Clinton. It would have been unlikely he would have been named a second year in a row, and unusual for him to turn it down.

In 2015, he predicted TIME would never name him person of the year.

“I told you @TIME Magazine would never pick me as person of the year despite being the big favorite They picked person who is ruining Germany,” he tweeted on December 9, 2015.