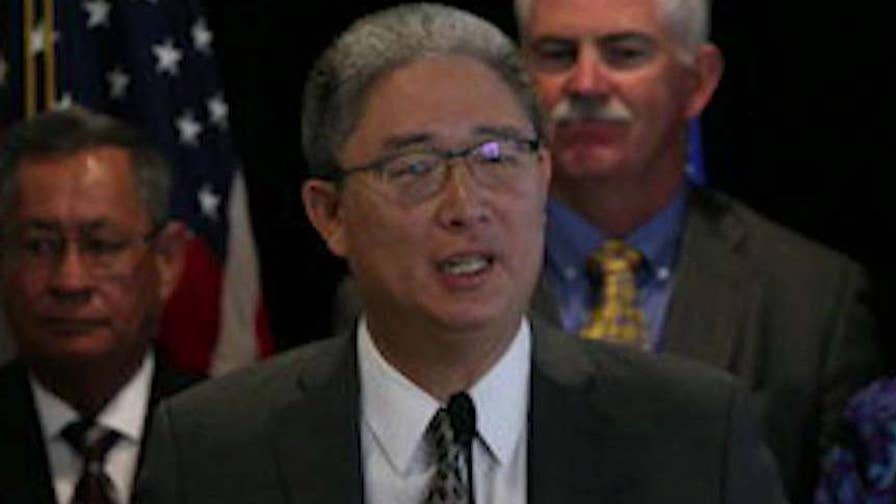 EXCLUSIVE: A senior Justice Department official demoted last week for concealing his meetings with the men behind the anti-Trump “dossier” had even closer ties to Fusion GPS, the firm responsible for the incendiary document, than have been disclosed, Fox News has confirmed: The official’s wife worked for Fusion GPS during the 2016 election.

Contacted by Fox News, investigators for the House Permanent Select Committee on Intelligence (HPSCI) confirmed that Nellie H. Ohr, wife of the demoted official, Bruce G. Ohr, worked for the opposition research firm last year. The precise nature of Mrs. Ohr’s duties – including whether she worked on the dossier – remains unclear but a review of her published works available online reveals Mrs. Ohr has written extensively on Russia-related subjects. HPSCI staff confirmed to Fox News that she was paid by Fusion GPS through the summer and fall of 2016.

Fusion GPS has attracted scrutiny because Republican lawmakers have spent the better part of this year investigating whether the dossier, which was funded by the Hillary Clinton campaign and the Democratic National Committee, served as the basis for the Justice Department and the FBI to obtain FISA surveillance last year on a Trump campaign adviser named Carter Page.

“The House Intelligence Committee,” Chairman Devin Nunes, R-Calif., told Fox News in a statement on Monday, “is looking into all facets of the connections between the Department of Justice and Fusion GPS, including Mr. Ohr.”

Until Dec. 6, when Fox News began making inquiries about him, Bruce Ohr held two titles at DOJ. He was, and remains, director of the Organized Crime Drug Enforcement Task Force; but his other job was far more senior. Mr. Ohr held the rank of associate deputy attorney general, a post that gave him an office four doors down from Deputy Attorney General Rod Rosenstein. The day before Fox News reported that Mr. Ohr held his secret meetings last year with the founder of Fusion GPS, Glenn Simpson, and with Christopher Steele, the former British spy who compiled the dossier, the Justice Department stripped Ohr of his deputy title and ousted him from his fourth floor office at the building that DOJ insiders call “Main Justice.”

The Department of Justice has provided no public explanation for Ohr’s demotion. Officials inside the Department have told Fox News his wearing of two hats was “unusual,” but also confirm Ohr had withheld his contacts with the Fusion GPS men from colleagues at the DOJ.

Bruce G. Ohr was demoted at the DOJ for concealing his meetings with the men behind the anti-Trump ‘dossier.’  (AP)

Former FBI Director James Comey has described the dossier as a compendium of “salacious and unverified” allegations about then-candidate Donald Trump and his associates, including Page, a foreign policy adviser. The dossier was provided to the FBI in July 2016, shortly before then-candidate Donald Trump accepted the Republican presidential nomination. As Comey later testified, it was in that same month that the FBI began a counterintelligence probe of alleged collusion between the Trump campaign and the Russian government.

The disclosure by Fox News that Bruce Ohr met with Simpson and Steele last year expanded the reach of the dossier’s creators from the FBI into the top echelons of the Justice Department. Initial investigation suggested that Steele, a longtime FBI informant whose contacts with Mr. Ohr are said to date back a decade, might have played the central role in putting Simpson together with the associate deputy attorney general. Now, the revelation that Mrs. Ohr worked for Simpson calls that account into question.

A review of open source materials shows Mrs. Ohr was described as a Russia expert at the Wilson Center, a Washington think tank, when she worked there, briefly, a decade ago. The Center’s website said her project focused on the experiences of Russian farmers during Stalin’s collectivization program and following the invasion of Russia by Nazi forces in 1941. She has also reviewed a number of books about twentieth century Russia, includingReconstructing the State: Personal Networks and Elite Identity in Soviet Russia (2000), by Gerald Easter, a political scientist at Boston College, and Bertrand M. Patenaude’s The Big Show in Bololand: The American Relief Expedition to Soviet Russia in the Famine of 1921 (2002).

Rep. Adam Schiff, D-Calif., the ranking Democrat on the intelligence committee, declined to comment on the original disclosure about Mr. Ohr’s secret meetings, and did not immediately respond to a request for comment about Mrs. Ohr.

While Nunes has issued numerous subpoenas to DOJ and FBI relating to the dossier, and has threatened contempt-of-Congress citations against Rosenstein and FBI Director Christopher Wray for what congressional Republicans have termed “stonewalling” by the two agencies, Schiff has mostly objected to the demands for documents and witnesses, casting the entire dossier probe as innately political. “I think there’s a hope that if they can impeach Christopher Steele, and they can impeach the FBI and DOJ, maybe they can impeach the whole Russia investigation,” Schiff told MSNBC in September.

Jake Gibson is a producer working at the Fox News Washington bureau who covers politics, law enforcement and intelligence issues.