Washington (CNN)In a break with longstanding tradition, Melania Trump opted to ride with the guests she invited to share her first lady’s box during President Donald Trump’s State of the Union address.

The Trumps will return to the White House in the same vehicle, according to Stephanie Grisham, the first lady’s communications director.

Melania Trump appeared to a standing ovation in the Capitol and was seated for her husband’s speech just one minute before its scheduled start.

The first lady took her seat in a special box, between New Mexico police Officer Ryan Holets and 12-year-old Preston Sharp, two of the guests who were part of what she deemed in an earlier tweet an “honorable group” of notable heroes and survivors. Holets adopted the baby of an opioid-addicted mother, and Sharp organized an effort to place 40,000 flags and flowers at the graves of soldiers.

As for why the first lady opted not to ride to the big speech with her husband, Grisham said Trump is “honoring her guests for the true heroes they are.”

“In addition to holding a White House reception and photo opportunity for them, along with their friends and family, she is accompanying them to the Capitol,” Grisham said in a statement. “Once there, the first lady and Mrs. Pence will host a more intimate meet-and-greet to engage with them on a personal level prior to the speech.”

White House press secretary Sarah Sanders said the first lady arrived separately for “no reason other than she can greet the guests and he can go straight in.” 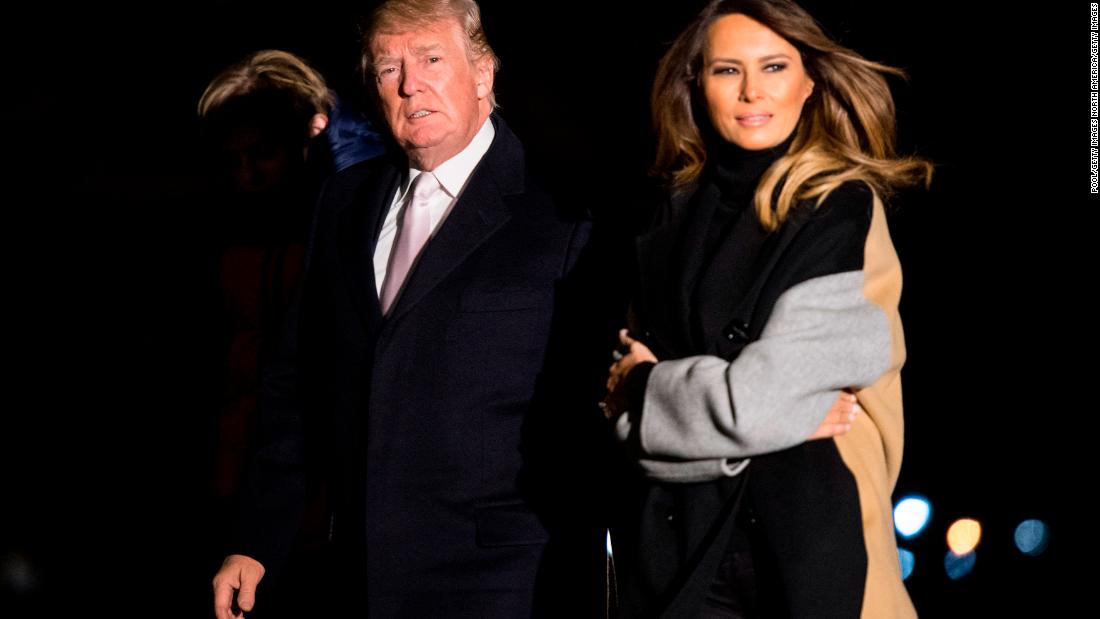 The first lady’s decision to hold her own White House reception for her 15 special guests invited to sit at the State of the Union, and their accompanying friends and family, was another example of Melania Trump’s autonomy. Typically, the President’s annual meet-and-greet with the guests in the Oval Office suffices for pre-speech pomp and circumstance, however, according to Grisham, the first lady felt the need to host a different event, one that offered more personal exposure to the honorees and a chance to recount their stories.

Barack and Michelle Obama, as well as George and Laura Bush, walked together from the White House doors to the same limo for the drive to State of the Union for all of the eight years each held office. In February 2017, the Trumps also shared a ride in The Beast to Capitol Hill for Trump’s first Joint Session of Congress.