Remington Is Planning to File for Bankruptcy – Trending Stuff 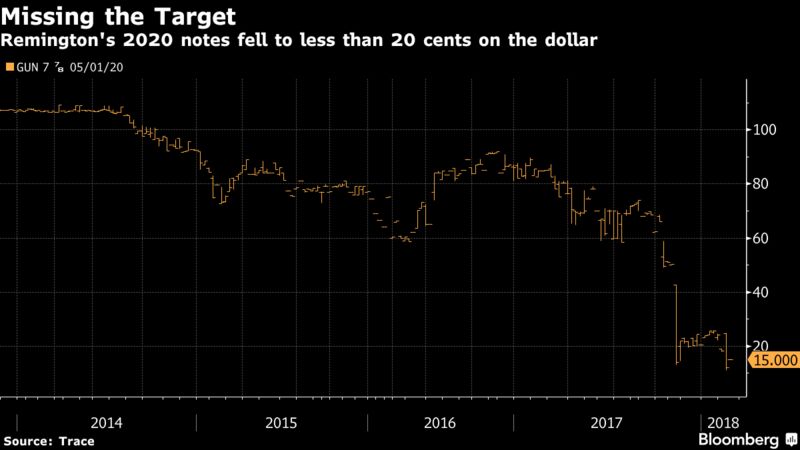 For two centuries, it has been a totem of America’s gun culture — a name emblazoned on frontier flintlocks and U.S. Army .45s.

But on Monday Remington Outdoor Co., which traces its history back to 1816, said it would file for bankruptcy protection, succumbing to a slump in business worsened by, of all things, a president who has steadfastly supported Americans’ right to bear arms.

The bankruptcy is a blow to the private-equity mogul Stephen Feinberg, who has been a prominent supporter of President Donald Trump. Feinberg’s firm, Cerberus Capital Management, acquired Remington in 2007 and subsequently saddled it with almost $1 billion in debt. The Chapter 11 bankruptcy filing will let Remington stay in business while it works out a plan to turn around the company and pay its creditors.

Remington has been around for over 200 years, dating back to 1816 when Eliphalet Remington II worked with a local gunsmith to create a flintlock rifle. It received its first contract in 1845, manufacturing 5,000 “Mississippi” rifles for the U.S. military. Today, the company employs 3,500 people and is among the largest American manufacturers of ammunition and firearms.

While the Remington name is unlikely to disappear, the company’s travails highlight the shifting fortunes of the firearms industry and its fraught position in the nation’s economic and political life. The company’s fortunes took a hit after the election of Donald Trump, a self-proclaimed “true friend” of the gun industry, because Hillary Clinton’s defeat erased fears among gun enthusiasts about losing access to weapons. Sales plummeted, and retailers stopped re-ordering as they found themselves stuffed with unsold inventory.

Industry wide, gun manufacturing had been ramping up even as ownership rates decline. More than 11 million firearms were manufactured in the U.S. in 2016, up from fewer than four million a decade ago, according to data from the Bureau of Alcohol, Tobacco, Firearms and Explosives. In 2014, 31 percent of American households reported owning a firearm, down from 47 percent in 1973, according to a report from National Opinion Research Center at the University of Chicago.

Gun ownership has become more concentrated as a result, with a small sliver of gun owners owning a growing segment of America’s firearms inventory, according to the Harvard Injury Control Research Center. These gun buyers have come to be known as “super owners” and one study, conducted by Harvard and Northeastern universities, concluded that about half the guns in America are owned by only 3 percent of the adult population, with an average of 17 firearms each.

“It’s not the first time Remington has been in financial trouble; it probably won’t be the last,” said Richard Feldman, president of the Independent Firearm Owners Association.
“Almost all behemoths end up stumbling over themselves during see-saws in industry cycles. I suspect that if the Democrats make a resurgence this November, gun company stocks will come roaring back with them.”

Remington’s prepackaged reorganization will be filed with the U.S. Bankruptcy Court in Delaware, according to a statement from the company. Holders of the gunmaker’s $550 million term loan will take an 82.5 percent equity stake in Remington while third-lien noteholders get 17.5 percent of the company and four-year warrants for a 15 percent stake, according to Remington. Creditors will also provide a $100 million debtor-in-possession loan to finance operations throughout bankruptcy.

Representatives for the Madison, North Carolina-based company and Cerberus didn’t respond to requests for comment.

The company’s reputation has hurt efforts to line up new investors. Remington came under unwanted scrutiny and litigation after the massacre of 20 children and six adults at the Sandy Hook Elementary School in Newtown, Connecticut, in which the gunman carried a small arsenal that included a Remington Bushmaster assault rifle.

Four days after the shooting in 2012, Cerberus announced it would sell the company, as agitated Cerberus investors demanded a way out of the Remington investment, but it failed to nab a buyer. In the meantime, another pillar of American gun also collapsed, with Colt Holding Co. taking a trip through bankruptcy in 2015.