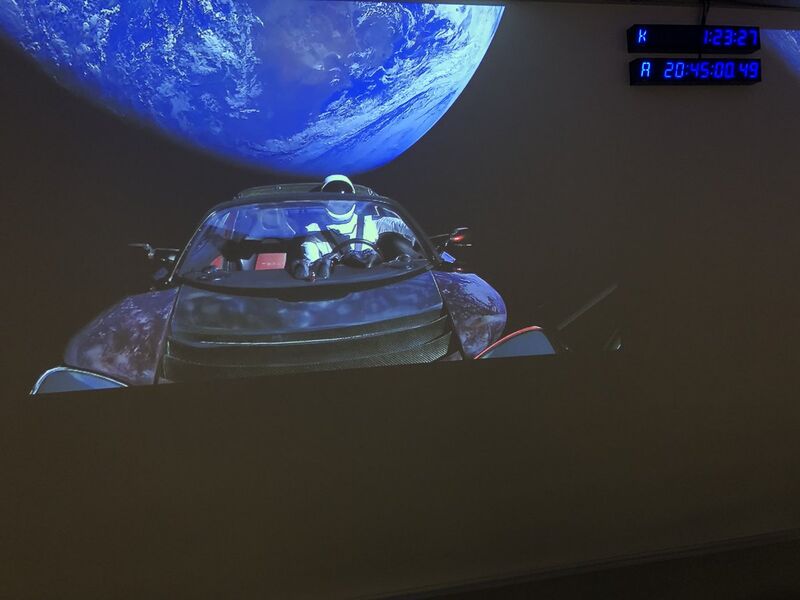 Kia may have scored some kudos and Lexus attracted eyeballs with Super Bowl ads on Sunday. But no auto brand has pulled off a publicity stunt quite like the one Tesla Inc. just managed.

Elon Musk’s very own cherry red Tesla Roadster floated through space to the cheers of a crowd and David Bowie’s “Life on Mars?” at the end of a 43-minute webcast that drew millions of viewers Tuesday afternoon. The sports car was the payload for the flight of the Falcon Heavy rocket that Musk’s SpaceX launched for the first time.

Images of the car posted by Musk on Twitter and Instagram will serve as the latest example of electric-car maker’s unconventional promotion methods. It’s shunned traditional auto advertising and relied on its CEO’s star power to become a $56 billion company, making it more valuable than Ford Motor Co.

“When automakers buy an ad spot in the Super Bowl, they aspire to create a spectacle with a commercial. In Elon Musk’s case, he makes the spectacle his own reality,” said Jessica Caldwell, executive director of industry analysis at Edmunds. “The buzz he creates with a stunt like this is far beyond what marketing dollars can buy you.”

The chief executive officer of both Tesla and Space Exploration Technologies Corp. equipped his Roadster with three cameras to capture what Musk said on Monday would be “epic views” as the car hurtles toward Earth-Mars elliptical orbit around the sun.

“No one” does publicity stunts better, Michelle Krebs, an analyst with car-shopping website Autotrader, said by phone after tuning into the launch. “It was on every cable network. It’s like the old days of space launches. It was very impressive.”