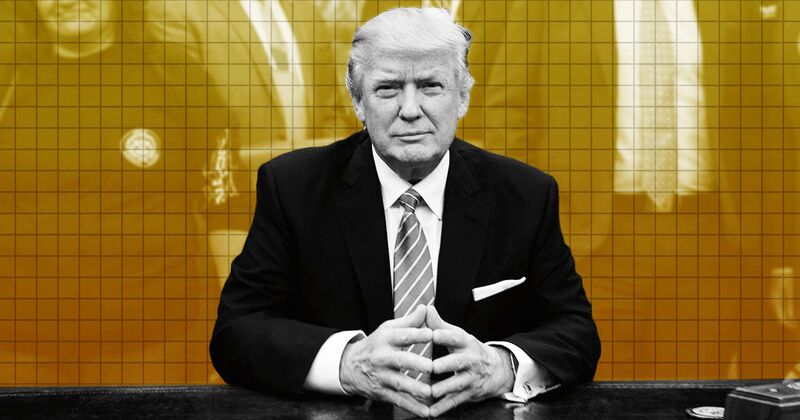 President Donald Trump will propose cutting entitlement programs by $1.7 trillion, including Medicare, in a fiscal 2019 budget that seeks billions of dollars to build a border wall, improve veterans’ health care and combat opioid abuse and that is likely to be all but ignored by Congress.

The entitlement cuts over a decade are included in a White House summary of the budget obtained by Bloomberg News. The document says that the budget will propose cutting spending on Medicare, the health program for the elderly and disabled, by $237 billion but doesn’t specify other mandatory programs that would face reductions, a category that also includes Social Security, Medicaid, food stamps, welfare and agricultural subsidies.

The Medicare cut wouldn’t affect the program’s coverage or benefits, according to the document. The budget will also call for annual 2 percent cuts to non-defense domestic spending beginning “after 2019.’

At a time when the prospect of rising annual budget shortfalls has spooked financial markets, the White House said in a statement — without explanation — that its plan would cut the federal deficit by $3 trillion over 10 years and reduce debt as a percentage of gross domestic product. Yet, in a break from a longstanding Republican goal, the plan won’t balance the budget in 10 years, according to a person familiar with the proposal.

The budget, to be released later on Monday, is unlikely to gain traction on Capitol Hill. Lawmakers routinely ignore the spending requests required annually from the executive branch. And Congress passed its own spending bill on Friday, including a two-year budget deal, which the president signed into law.

According to the summary, Trump will urge an increase in defense spending to $716 billion and a 2.6 percent pay raise for troops. He will request $18 billion to build a wall on the Mexican border, the summary indicates.

The White House also seeks $200 billion for the infrastructure proposal the administration plans to unveil alongside the fiscal year 2019 budget, as well as new regulatory cuts.

“This will be a big week for Infrastructure,” Trump said in a Twitter message Monday. “After so stupidly spending $7 trillion in the Middle East, it is now time to start investing in OUR Country!”

Monday’s document will outline proposed spending reforms the administration says would, if enacted, cut deficits over the next decade — even as recently passed tax legislation and spending caps threaten to drive future annual deficits above $1 trillion.

Trump May Struggle on $1 Trillion Pledge to Fix Crumbling U.S.

“Just like every American family, the budget makes hard choices: fund what we must, cut where we can, and reduce what we borrow,” Office of Management and Budget Director Mick Mulvaney said in a statement. “It’s with respect for the hard work of the American people that we spend their tax dollars efficiently, effectively, and with accountability.”

A year ago, Trump asked lawmakers to cut $3.6 trillion in federal spending over the next ten years, and identified deep cuts to domestic spending programs. Instead, lawmakers last week passed a two-year government funding deal that would boost military and non-defense spending by $300 billion over the next two years and add more than $80 billion in disaster relief.

But administration officials argue their proposals, dead on arrival though they may be, is still an important marker of the president’s legislative priorities.

The plan includes a heavy emphasis on immigration enforcement. Trump is requesting $782 million to hire 2,750 new border and immigration officers, and $2.7 billion to detain people in the country illegally. Trump is also asking for $18 billion over the next two fiscal years toward the goal of constructing a wall on the U.S. border with Mexico. That’s a key point of contention in the ongoing legislative battle over the fate of young people, known as “Dreamers,” who were brought to the country illegally as children.

The proposal also includes $13 billion in new funding to combat the opioid epidemic, which Trump has frequently cited as among his top domestic priorities. The administration would provide a $3 billion boost to the Department of Health and Human Services in the next fiscal year, and $10 billion in 2019.

Other elements include $85.5 billion in discretionary funding for veterans health services, education, and vocational rehabilitation, the OMB said on Sunday. It is not clear how much of that funding would represent an increase from current spending levels.

The budget also includes $200 billion in federal funds over the next decade that the White House says would spur $1.5 trillion in infrastructure spending through partnerships with state and local governments and private developers. That includes $21 billion over the next two years that the White House says would “jump start key elements of the infrastructure initiative.”

Trump will discuss the public works proposal on Monday with governors, mayors, state legislators and other officials, and he expects to meet with Congressional leaders from both parties at the White House on Feb. 14. The president plans to visit Orlando, Florida, on Feb. 16 for an infrastructure event, and he and cabinet members will also promote the plan at events around the U.S., officials said.

The White House said its initial approach is to offset the $200 billion in the budget for its infrastructure plan with spending cuts elsewhere, including from some transit and transportation programs the administration doesn’t think have been spent effectively. But Trump is open to new sources of funding, a senior White House official told reporters.

The White House also didn’t detail how much money it wanted to devote to new spending on the military, but OMB said the proposal would provide “for a robust and rebuilt national defense.” In last year’s budget proposal, Trump called for a $52.3 billion boost for the Defense Department, while asking for deep cuts to the Environmental Protection Agency, State Department, and Department of Health and Human Services.

Mulvaney said this year’s documents — theoretical though they may be — would see those agencies targeted again for budget cuts.

“There’s still going to be the president’s priorities as we seek to spend the money consistently with our priorities, not with the priorities that were reflected most by the Democrats in Congress,” he told Fox News.

Trump on Friday complained on Twitter that in order to boost military spending, “we were forced to increase spending on things we do not like or want.”

The budget proposal assumes that the U.S. economy will ramp up over the next decade to his goal of 3 percent growth, according to an administration official on Friday who confirmed figures to be contained in Monday’s budget proposal. Economic growth is projected at 3.2 percent in 2019 and 2020.