President Donald Trump called for paying bonuses to teachers who carry guns in the classroom, embracing a controversial proposal to curb school shootings hours after offering a full-throated endorsement of the National Rifle Association.

Trump told state and local officials gathered at the White House on Thursday to discuss school safety that “you can’t hire enough security guards” and teachers could carry concealed weapons and “nobody would know who they are.” He said that teachers would go through “rigorous training” and could get “a little bit of a bonus.” 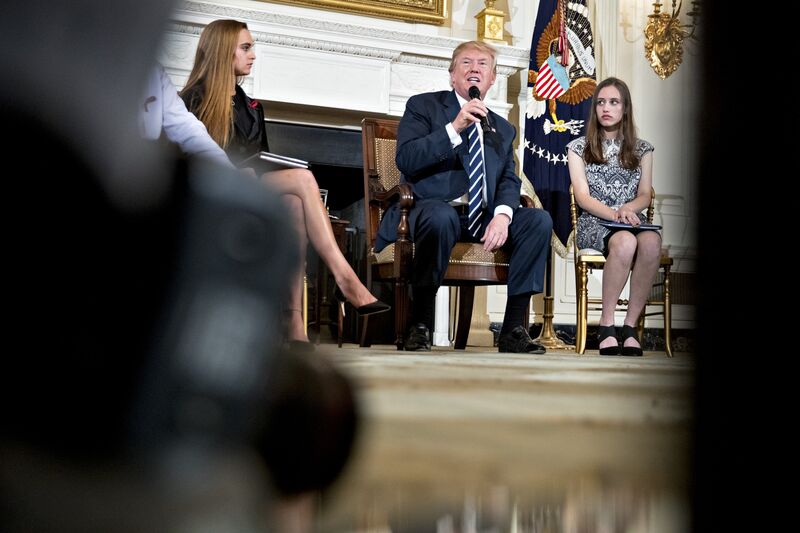 His support for arming educators comes a week after the massacre of 17 people at a high school in Florida. The president and lawmakers are now struggling to respond to public demands for action, mindful of the clout gun-rights enthusiasts hold in the Republican Party, which controls the White House and both chambers of Congress.

The NRA, which has been one of the most powerful political opponents to gun control, received lavish praise from Trump just minutes before its chief executive officer, Wayne LaPierre, took the stage at the Conservative Political Action Conference. LaPierre proceeded to blast school officials, local law enforcement and the FBI for failing to prevent school shootings.

It was a jarring contrast for Trump just a day after his emotional meeting with students and parents affected by recent school massacres. Earlier Thursday morning, before a tweet praising the NRA, Trump went the furthest he’s ever gone on gun control, saying he’d push for tougher background checks that screen for mental health, raising the minimum age of buyers to 21, and ending the sale of bump stocks.

Trump also suggested to local officials at the White House meeting that schools concentrate more on hardening facilities to withstand rifle fire. But he opposed mandating active shooting drills — which have become increasingly common — saying that rehearsing for a possibly violent event could upset students.

“Active shooter drills is a very negative thing, have to be honest with you,” Trump said, “I’d much rather have a hardened school.” He added that he wouldn’t want his son to be told he was going through an active shooter drill. “I think it’s very bad for children.”

White House spokesman Raj Shah later said that Trump only opposes using the term “active shooter drill” because it could be frightening, and suggested schools instead use the term “safety drill.”

Children’s exposure to violence on the Internet and in video games and movies also may be contributing to the shootings, Trump added. “Their minds are being formed, and we have to do something about maybe what they’re seeing and how they’re seeing it,” he said.

LaPierre called for more armed security at schools and criticized the notion of making schools “gun-free zones,” which he said are targets for potential shooters, echoing comments Trump has made.

The NRA chief lashed out at Democrats including Senator Chris Murphy of Connecticut, who has long pushed for tighter gun laws, for “politicizing” the Florida shooting. He said “elites” want to “eradicate all individual freedoms.”

The NRA is one of the biggest spenders in elections, ranking 9th among all outside groups, according to the Center for Responsive Politics. In 2016, the NRA’s political arms spent $54.4 million influencing elections, Federal Election Commission records show, including $19.8 million attacking Democratic nominee Hillary Clinton and $11.4 million promoting Trump. The NRA also spent $500,000 or more on 7 Senate races, including in battleground states Florida, Ohio and Wisconsin.

Trump was endorsed by the NRA and has routinely touted his support for the organization, and his campaign said he opposed expanding the background check system or imposing new restrictions on gun and magazine bans. Trump is expected to speak at the CPAC event on Friday.

Trump conferred with the NRA’s chief lobbyist, Chris Cox, over the weekend in the aftermath of the Florida shooting, Shah said. 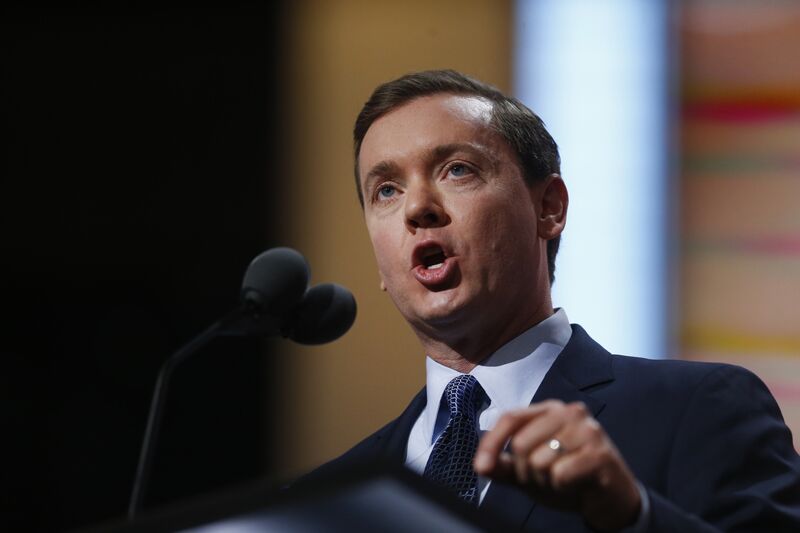 While Trump said he would push “comprehensive background checks” with an emphasis on mental health, an Obama-era gun rule aimed at preventing people with serious mental illness from buying guns was one of the first targets of Republicans in Congress last year. Lawmakers used a special procedure under the Congressional Review Act to do away with the rule.

Trump said he called many lawmakers Wednesday evening to discuss background checks and that many prior opponents of toughening them have changed their minds.

But the president isn’t ready to back any specific legislation yet, Shah said. Instead Trump “is proposing ideas, he’s listening right now,” Shah said.

Click here for more on the debate over guns in America.

His support for arming teachers would eliminate the gun-free zones in and around schools enshrined in a nearly three-decade-old federal law.

Trump said in a tweet earlier Thursday that 20 percent of teachers “would now be able to immediately fire back if a savage sicko came to a school with bad intentions. Highly trained teachers would also serve as a deterrent to the cowards that do this.”

The idea prompted sharp rebukes from some Democrats and misgivings from at least one prominent Republican.

Murphy said on CNN that the proposal was “a recipe for disaster,” adding that there was no evidence that it would prevent shootings.

“If a potential ‘sicko shooter’ knows that a school has a large number of very weapons talented teachers (and others) who will be instantly shooting, the sicko will NEVER attack that school. Cowards won’t go there…problem solved. Must be offensive, defense alone won’t work!” Trump wrote.

Trump has signaled support for a bipartisan Senate bill that would strengthen current laws requiring federal agencies to report information to the National Instant Criminal Background Check System. The House passed a similar bill in December, but added legislation that would require states to recognize concealed carry licenses from other states. House conservatives would likely balk at separating the two issues, while the House version of the bill would likely fail in the Senate.

A Quinnipiac poll released Tuesday found 97 percent support for universal background checks, while 67 percent backed a ban on the sale of assault weapons.