Noblesville police Chief Kevin Jowitt said the shooting in the city of 60,000, about 25 miles northeast of Indianapolis, was reported shortly after 9 a.m.

A student asked for permission to leave the classroom and “he returned armed with two handguns,” Jowitt said at an afternoon news conference. The situation was quickly resolved, and the student was arrested in or near the classroom, police public information officer Lt. Bruce Barnes said. 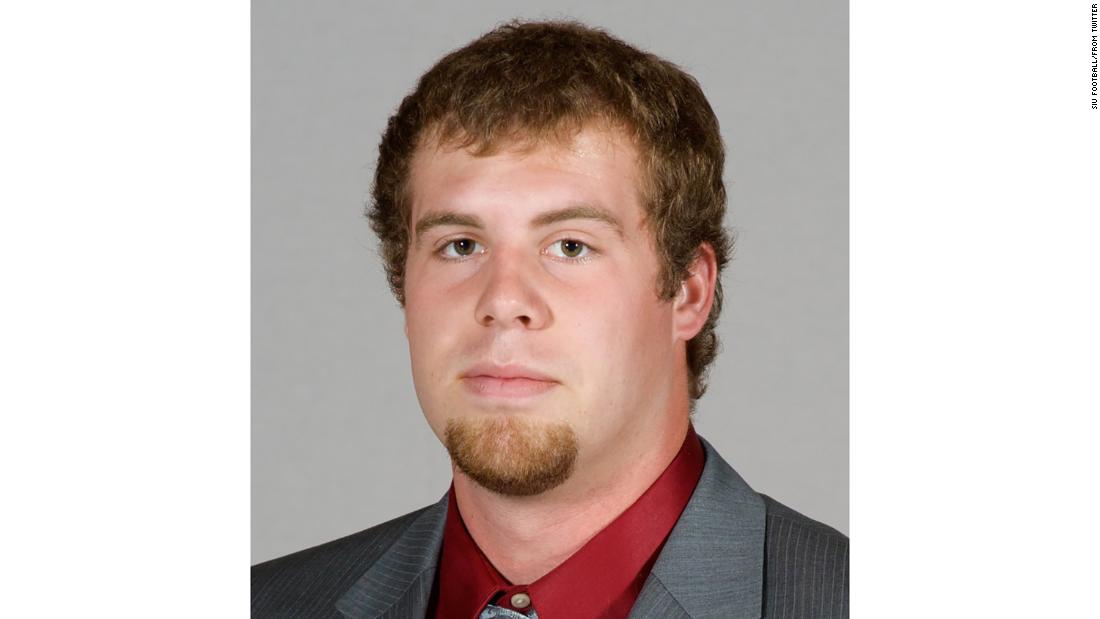 Authorities did not release the name of the suspect or the wounded student. The teacher was identified as Jason Seaman, 29, according to his aunt, Brenda Hubly-Sushka.

A boy who was in the class said the teacher subdued the unnamed suspect and is a “hero.”

“Mr. Seaman started running at him,” the boy told reporters. “He tackled him to the ground. We were all hiding in the back of a classroom behind some desks, then (Seaman) was yelling to call 911, to get out of the building as fast as we could, so we ran (out).”

“We have multiple officers and a command post established at Noblesville High School and are diligently ensuring the safety of students and staff there,” he said. “We have not received any information that this has been anything other than a communicated threat.”

Barnes said police are seeking several search warrants in their investigation. Police don’t know the motive or where the guns came from, he said.

Gov. Eric J. Holcomb, who was returning from a trip to Europe, said in a statement that he was monitoring the situation and that about 100 Indiana State Police officers were made available to work with local authorities.

“Our thoughts are with all those affected by this horrible situation,” his statement said.

Vice President Mike Pence tweeted, “Karen and I are praying for the victims of the terrible shooting in Indiana. To everyone in the Noblesville community — you are on our hearts and in our prayers. Thanks for the swift response by Hoosier law enforcement and first responders.”

The middle school was on lockdown part of the morning, said Jackie Chatteron, a receptionist for the school district. Aerial news video showed rows of students being evacuated and escorted to school buses.

Students were taken to Noblesville High for parents to pick up, state police said.

Superintendent Dr. Beth Niedermeyer said classes will resume at district schools on Tuesday, except at Noblesville West Middle School. That school will be open from 10 a.m. to 2 p.m. to provide counseling to students and their families.

Counseling will be offered for all students and school district employees Saturday and Monday, she said.

June 1 is the last day of classes, according to the school’s website.

The shooting comes a week after 10 people were killed at a school in Santa Fe, Texas.
There have been 23 school shootings where someone was hurt or killed so far this year — an average of more than one shooting a week.