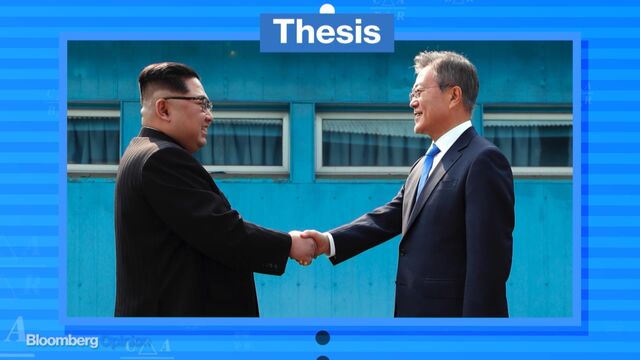 U.S. President Donald Trump and North Korean leader Kim Jong Un are spending such a short amount of time in Singapore this week. Maybe they should stick around longer to see what makes its economy tick. Singapore is an especially wealthy nation, with a per capita income of about $90,000, well above that of the U.S. But how is this prosperity maintained, and why has Singapore commanded so much admiration from liberals and conservatives alike?

Singapore has many features shared by other wealthy countries, such as a high capital stock, a predictable legal environment and a well-educated workforce, but what are some of the less common factors behind its success?

Strikingly, Singapore is one of the few countries where there is brain drain the public sector. This stems partly from the high salaries paid. Top bureaucrats typically receive more than their American equivalents, and cabinet level pay may exceed $800,000, with bonuses attached that can double that sum for excellent performance.

Yet it’s not just about the money. Since independence in 1965, Singaporean leaders have cultivated an ethos of public service in the bureaucracy. The country moved from being relatively corrupt to having one of the best ratings on transparency indexes. There are now complex and overlapping incentives whereby top public sector workers are paid well, respected highly, and develop the personal networks for subsequent advancement in either the public or private sectors.

I’ve met a number of times with Singaporean government officials, and I’ve always been impressed with their state-of-the-art social science knowledge. The participants typically have top educational backgrounds (doctorates from Harvard or Princeton are common, and now two of Singapore’s universities have achieved world class status). Their analysis is pragmatically geared toward finding the right answer or at least a workable solution.

I view the development of Singaporean civil service culture as one of the world’s great managerial and political success stories of the last 50 years, though it remains understudied and underdiscussed in the West.

Singapore also mixes many of the virtues of both small and big government. The high quality of the civil service means the country gets “good government,” which pleases many liberals and progressives. The high quality of the decision-making means Singapore often looks to market incentives — congestion pricing for the roads is one example of many — which pleases conservatives and libertarians.

Singapore’s health-care system has been praised by both liberals and conservatives. The country has some of the world’s best health outcomes, while spending only about 5 percent of gross-domestic product on the medical sector, as compared with more than 17 percent in the U.S. A statist perspective would emphasize that the government owns most of the hospitals, but market-oriented economists would stress that the hospitals are instructed to compete with one another.

Is Singapore a small government or a big government country? The correct answer is both. Government spending is about 17 percent of GDP, which makes it look small and helps hold down taxes, which is good for business and productivity. (And there are no additional state and local governments.) But if you look at stocks rather than flows, the government owns shares in many critical Singapore businesses, plus it de facto controls lucrative sovereign wealth funds. The government claims ownership of the land, although it allows for active markets for transferring rights of use. All of these resources give the government the ability and credibility to get things done.

One of the most common caricatures of Singapore is as an authoritarian state where you can be tossed in jail for chewing gum. The government does still regulate chewing gum, in part because it was being used to jam the sensors on subway doors. But is this so different from a wide array of proscribed substances and public health regulations elsewhere?

These days, it is best to think of Singapore as a democracy with legitimate elections, although it is a democracy with some restrictions on political entry and political speech (attacking political figures by name and character can lead to expensive libel suits). The most significant barrier to entry probably is that the dominant political party, the People’s Action Party, has amassed so much talent, and is such a vehicle for career advancement, that potential competitors find it hard to mount serious challenges. There are also plenty of American states and cities where a single party has a dominant, persistent advantage.

Overall, I see the government of Singapore as more responsive to public opinion than the federal government in the U.S., or for that matter the European Union.

You don’t have to approve of everything that goes on in Singapore to grasp what a unique and successful blend of political and economics the nation has created.

This column does not necessarily reflect the opinion of the editorial board or Bloomberg LP and its owners.

To contact the author of this story:
Tyler Cowen at [email protected]

To contact the editor responsible for this story:
Stacey Shick at [email protected]