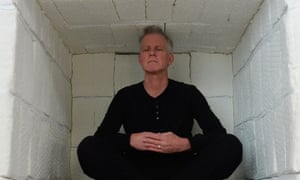 Edwards, 61, a potter, first unveiled his design a naive depiction of a unicorn farting electricity into an electric car on a mug in 2010. Electric cars are good for the environment because electricity comes from magic, it said, in a wry comment on the use of fossil fuels.

Sales of the mug spiked in February 2017 when Musk tweeted a photo of one, describing it as maybe my favourite mug ever. The following month, however, he tweeted an even more crudely drawn copy of the image to promote Teslas new sketch pad feature. It subsequently appeared as an icon on the vehicles operating system, and in a Christmas holiday message to his customers.

Edwards lawyer sent a polite letter to Tesla in May seeking a discussion and mutual decision over the companys continued use of the farting unicorn motif, but received no reply.

After Edwards daughter raised it on Twitter, Musk replied: He can sue for money if he wants, but thats kinda lame. If anything, this attention increased his mug sales.

Musk, who has since deleted all his tweets related to the dispute, is gaining a reputation for impulsive behaviour on social media. He was forced to apologise this week to Vernon Unsworth, a Briton who helped to rescue a group of boys and their football coach from a flooded cave in Thailand after calling him a pedo on Twitter.

He deleted the offending tweet, which was made after Unsworth questioned the usefulness of a mini-submarine Musk was offering to help the rescue. He also deleted a subsequent comment in which he said: Bet ya a signed dollar its true.