Three decades ago, Robert T. Fraley helped invent the genetically modified seeds that have become a $17 billion global industry and ushered in a new era of agricultural productivity. So it’s little surprise that this longtime Monsanto Co. executive doesn’t want the crops dubbed Frankenfood, which is what critics like to call them. 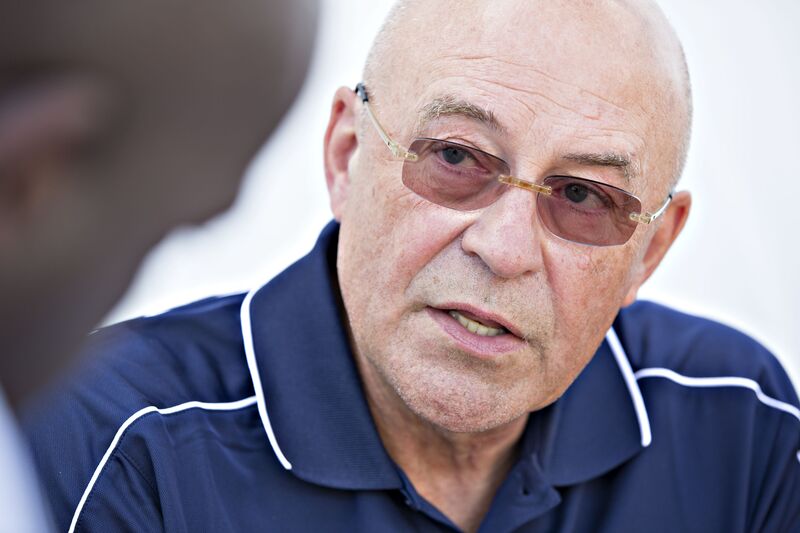 Fraley retired in June as Monsanto’s chief technology officer but says he will continue to be an evangelist for the scientific advancements that he says turbo-charged harvests and helped farmers stay a few steps ahead of Mother Nature. GMOs have become Fraley’s legacy, and he’s convinced the world will need more such innovations to keep pace with the demand for more food as populations and incomes grow.

“There are so many examples where science can be slowed down or thwarted because of inaccurate information,” such as the efficacy of vaccines or the impacts of climate change, Fraley, 65, said by telephone from Monsanto headquarters in St. Louis. “We’re living in a time where there’s spectacular advances, and the biggest challenge is making sure they can benefit consumers.”

In the past six years, Fraley has ramped up his public appearances and his presence on social media. The goal was to become the friendly face of GMO seeds and foods, and to help the public understand and accept scientific advances that are occurring “at a fantastic pace.” At stake, he says, is global food security and the reduction of agriculture’s environmental footprint.

It’s also a crucial growth opportunity for Monsanto, which was acquired this year by Bayer AG for $66 billion. The deal closed in June, making Monheim, Germany-based Bayer the largest maker of seeds and agricultural chemicals. Fraley, who earned $5.3 million last year, according to company documents, plans to remain a consultant for Bayer through the end of the year. After that, he’ll continue advocating for the technology.

Biotech products accounted for 34 percent of the global crop-protection market and 30 percent of the commercial seed market, according to Cropnosis. GMO crops and seeds could be worth $36.7 billion by 2022, Transparency Market Research estimates. Monsanto’s seed sales, most of which were genetically modified, were a record $11 billion in its 2017 fiscal year.

Fraley, who grew up on a farm in Hoopeston, Illinois, joined Monsanto at 27 with a Ph.D. in microbiology and biochemistry. He worked on a team that successfully inserted foreign genes into plants in the early 1980s. The result was a sales blockbuster: seeds that tolerate the company’s powerful glyphosate-based herbicide known as Roundup. Today, more than 90 percent of U.S. soybean and corn crops are grown with Roundup Ready seeds modified to withstand the chemical.

“If it hadn’t been for the hysteria against GMOs, he should have won the Nobel Prize in chemistry by now,” said Jonas Oxgaard, an analyst who covered Monsanto at Sanford C. Bernstein & Co. “He largely built the science side of Monsanto.”

To be sure, GMO technology isn’t without its critics, who say there isn’t enough research to understand the longer-term impact of altering the genetic makeup of the food. While there’s no evidence GMOs have adverse health effects of any kind, farmers are banned from using GMO seeds in many European countries and in Russia, though most allow the crops to be imported.

While the public has embraced advances in molecular genetics in other industries like medicine, it’s been a more difficult path for food. U.S. consumers on average oppose genetically modified food and many pay premiums for non-GMO products. Some of that reluctance stems from the early days of the technology, in the 1990s, when there was less transparency in food labeling.

Still, Bayer sees wider acceptance of such technology as a key to future growth, along with new investments in digital tools for agriculture.

Imaging and sensor technology are harnessing precise data and transforming the way farmers make decisions about planting and harvesting, Fraley said. What people eat will become increasingly customized as technology makes it possible to develop all kinds of “consumer-friendly and interesting foods,” he said.

Monsanto Growth Ventures, a company-controlled investment vehicle that acquired farm-technology developer Climate Corp. for $930 million in 2013, may become even more active under Bayer.

“The opportunity to create partnerships and make acquisitions is significant,” Fraley said. “So efforts we started with Monsanto Growth Ventures need to accelerate and morph in the new company to take advantage of the incredible wave of innovations coming into ag.”

Fraley has been replaced in the CTO job by his hand-picked successor, Bob Reiter, who will work in Germany. Fraley said he will remain in the St. Louis area, where his family is based. He has a second home in Colorado as well as some farm and ranchland around the Midwest.

Applying biotechnology to agriculture has been Fraley’s most-visible legacy, but he says there’s been an even bigger contribution to farm science: modernizing and integrating advanced plant-breeding tools that are boosting yields. Breeding is now gene-by-gene, and combinations that were never possible before are now common, from higher-yielding corn plants to better-tasting tomatoes. When he left his father’s farm in the early 1970s, corn harvests were typically 75 bushels an acre. Today, they’re 175 bushels an acre and rising.

Monsanto “has gotten credit and criticism for what its done,” Fraley said. “But the wiring of the company has been geared to use technology to make farmers more productive and profitable, and to use these tools to address food security. That’s been our legacy — I’m proud of that.”