(CNN)Before 1863, football was a chaotic and mostly unregulated sport, with differing sets of rules that added to the confusion.

Morley was born in Hull, England, and after founding Barnes Football Club he went on to establish the Football Association (FA), the sport’s leading body in England.

As captain of Barnes Football Club, he soon realized how wild and violent the game could be, and wrote a letter to the popular newspaper Bell’s Life, suggesting a set of standardized rules. The letter eventually led to a now-historic meeting, led by Morley, at the Freeman’s Tavern on October 26, 1863.

After the meeting, Morley created the first official rules of the game, which would be standardized across England.

The 13 rules, which the FA published in a pamphlet titled “Laws of the Game,” hint to the sheer violence of pre-regulated football — one rule sternly prohibits “hacking,” or kicking other players. 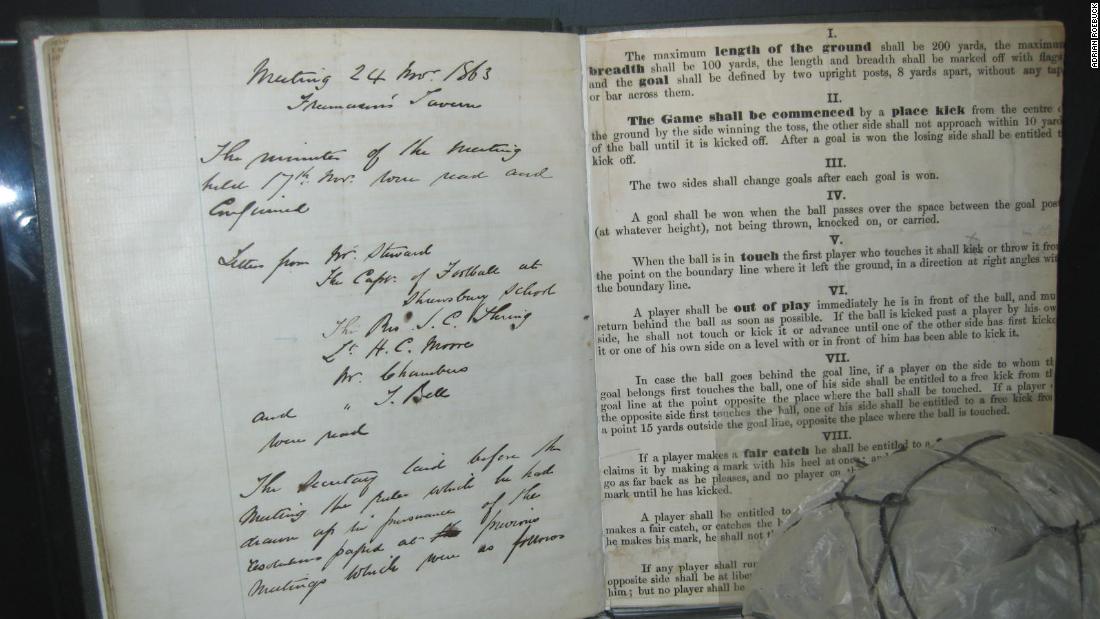 Another reads, “No player shall wear projecting nails, iron plates, or gutta percha on the soles or heels of his boots.” Gutta percha was a tough form of latex players added to make their shoes more dangerous during a tackle.

The rules not only helped temper violent play, but standardized the game across the country, with the FA as the governing body.

The FA is now a member of FIFA and has a permanent seat on the International Football Association Board, which oversees and amends the Laws of the Game.
Morley died in 1924, and is known as “the founding father of world football,” according to the FA. On the 150th anniversary of the FA in 2013, Morley’s hometown of Hull celebrated his legacy with an Ebenezer Morley Day.