(CNN)Gajanand Sharma wandered across the Indian border into Pakistan in 1982. He was arrested and spent the next 36 years in prison.

“I am very troubled. I can’t remember anything,” he told CNN from a car as he arrived back in India.

Gajanand said he doesn’t remember much of what happened on that day, when he left his home in the city of Jaipur in west India’s Rajasthan with a few friends. But he doesn’t know what became of them, or how he ended up in prison in Karachi for almost four decades.

His family had given him up for dead until three months ago, when they received a letter inquiring about the citizenship status of one Gajanand Sharma.

“He went missing in 1982. He just left the home and did not come back,” said Mukesh Sharma, Gajanand’s 48-year-old son, who was 12 years old when his father disappeared.

The family eventually got in touch with Ramcharan Bohra, a member of the Indian Parliament, who reached out to senior officials in the government in an attempt to locate Gajanand and bring him home.

Bohra was able to get hold of V.K. Singh, a junior foreign minister in Modi’s government who set the ball rolling for Gajanand’s repatriation.

“We don’t know how both sides did not know that he was in prison for the past 36 years,” Bohra said. 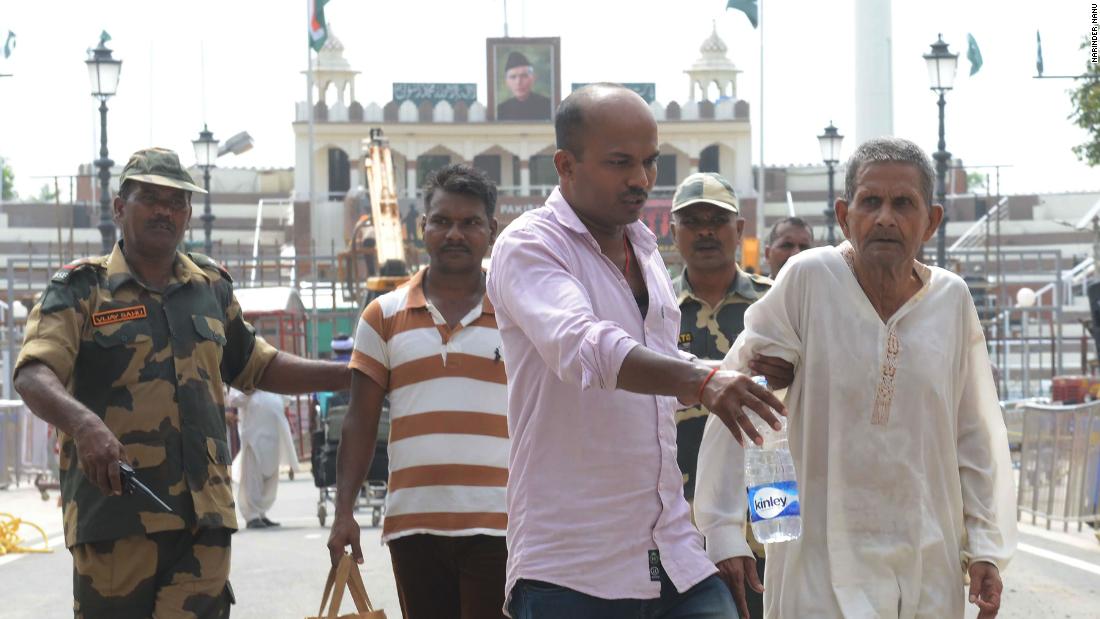 India and Pakistan have argued over their border for 71 years, after Pakistan split from India after the country’s independence in 1947. After partition, a bloody and violent migration took place, with a majority of Muslims moving to Pakistan and Hindus relocating to India.

The two countries have fought three wars and innumerable skirmishes in the decades since, and hundreds of civilians have been arrested for mistakenly crossing the disputed land and water borders.

Every six months, both countries exchange a list of prisoners in their custody. According to Indian authorities, as of last month, Pakistan said it had 418 fishermen and 53 other civilians believed to be Indians in its custody.

For its part, India is holding 108 fishermen and 249 other Pakistani civilians, according to the country’s foreign ministry.

Gajanand Sharma joined the list of those repatriated this week, even as questions remain over his imprisonment.

On 3 p.m. Monday, Gajanand joined 28 other Indian prisoners crossing the border between Pakistan and India, where he was greeted by Sahdev Sharma, president of the Punjab unit of Vipra Foundation.

Sahdev put a garland of orange flowers around Gajanand’s neck and gave him sweets made from chickpea flour.

Dressed in a traditional Indian long white tunic and trousers, with an orange scarf around his neck, Gajanand finally began the 700 kilometer (435 mile) journey from the border point to his village in Rajasthan.

“We got him cleared from the Red Cross Society and then we took him to a temple nearby — to get him blessings,” Sahadev told CNN.

Gajanand did not recognize his wife at first when he arrived in town Tuesday, where around 1,000 people had gathered to welcome him home.

His face lit up however when someone told him the woman in front of him was his wife.

“When he met everyone there, he did not shed any tears. He was just smiling but there was a not one family member whose eyes were not wet at the time,” said Sahdev.

Firecrackers were set off in the streets and traditional Indian snacks were distributed. People piled into a line of cars and the entire procession headed for Gajanand’s family home to watch him cross the threshold after nearly four decades away.

The mystery of Gajanand’s disappearance may never be solved. His family does not have the resources to pursue an independent investigation, and short of his memory returning, they may never know what happened that day.

“He does not remember how he got there,” said Bohra, the lawmaker. “We are not thinking of pursuing it. If something happens, we will see. I am totally happy with the result that he came back to his family before (India’s) independence day.”