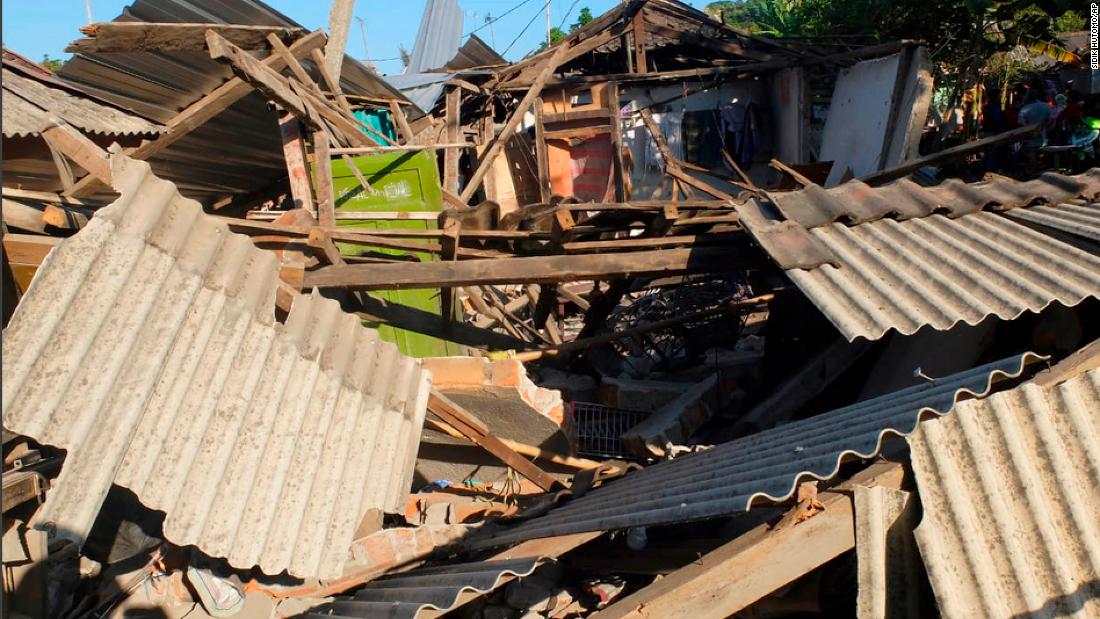 Jakarta, Indonesia (CNN)An operation is underway to evacuate thousands of tourists after a deadly earthquake that rocked some of Indonesia’s most idyllic islands late Sunday night.

The majority of those killed in the quake were hit by falling debris from collapsing buildings, said Sutopo Purwo Nugroho, the head of Indonesia’s disaster management department.

In total, an estimated 20,000 people have been displaced by the massive earthquake, Nugroho said.

Dramatic video tweeted by authorities showed hundreds of people, many believed to be foreign vacationers, crammed onto a beach on the island of Gili Trawangan as evacuation measures got underway.

Emergency personnel were racing to evacuate thousands of tourists from the three small Gili Islands as night began to fall. The islands, famous for their white sandy beaches and clear waters, are located near the epicenter of the quake on Lombok. 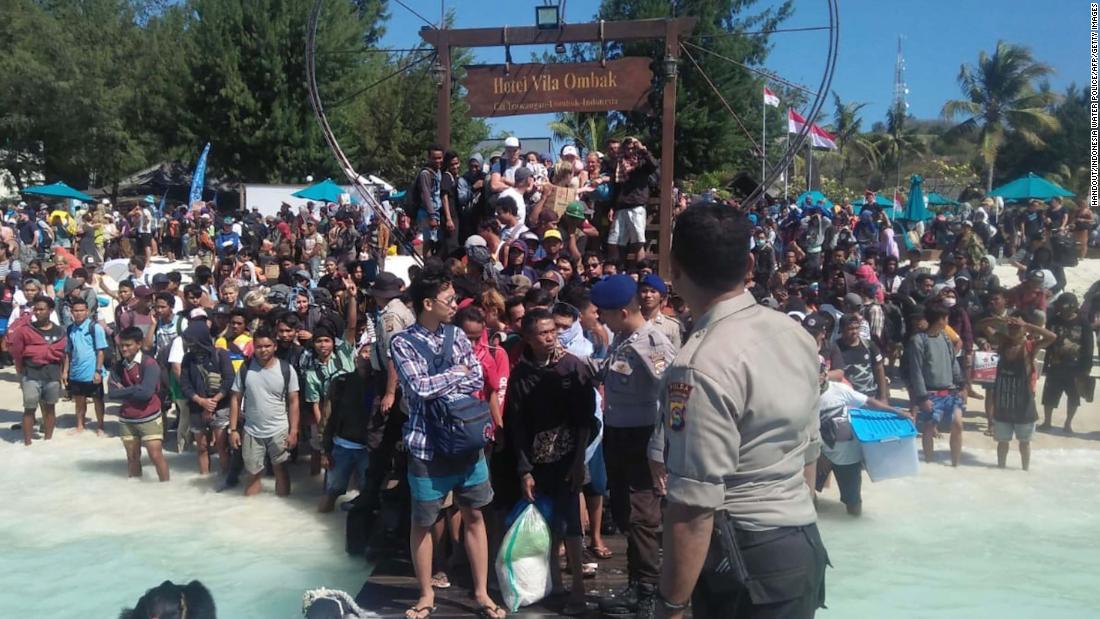 Earlier rescue efforts were hampered by shallow waters, but rising sea waters mean nine ships are now expected to dock on the islands.

So far, up to 2,700 tourists have been moved from the Gili Islands, according to Nugroho. He added that Lombok’s airport was now open around the clock and had significantly increased its flight schedule.

The epicenter of the quake was in northern Lombok, a more residential, less developed part of the island. The majority of Lombok’s tourist resorts are on the island’s southern coast.

British tourist Mike Bennett, stranded on the island of Gili Meno along with around 100 other people, told CNN he faced an anxious night ahead.

“It’s getting dark now,” he said. “There’s no power, there’s no water, we’re going to hold out and just see what happens tomorrow.”

Among the buildings destroyed in Lombok were two homes housing underprivileged children, with around 80 of the youngsters forced to sleep outside.

Martina Fetter, founder of the Peduli Anak Foundation, said that of the charity’s four homes, two were now completely collapsed.

“The other two that we just finished building this year also have damages, cracked walls, roof partly falling, so it’s still not safe to stay inside,” she said. 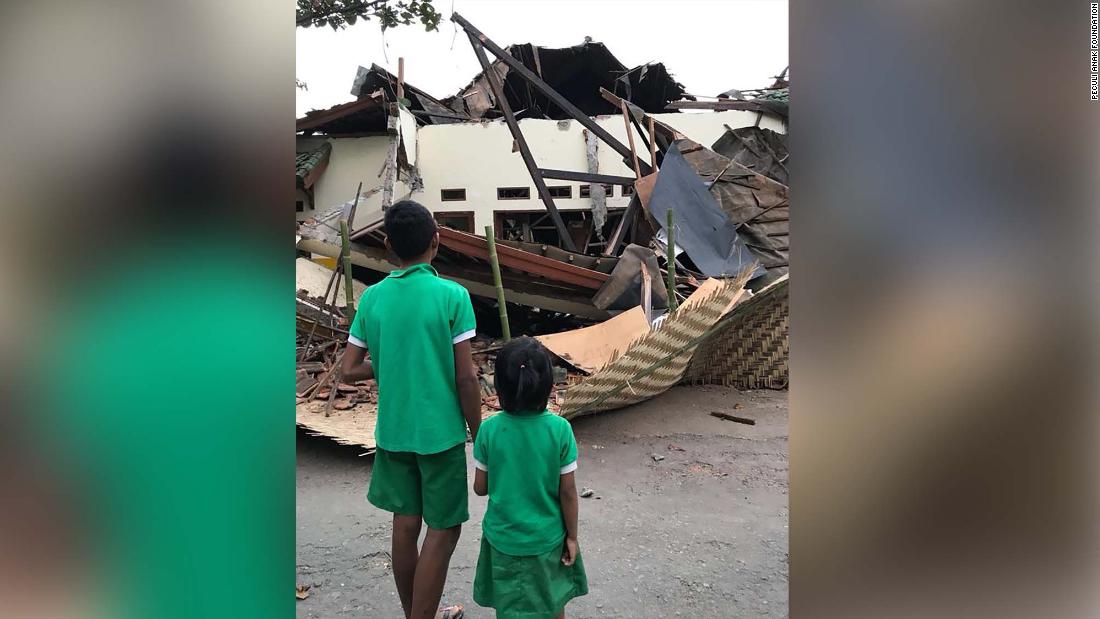 ‘The noise was deafening’

Retiree Deborah Storck was in a restaurant, about to eat dinner in Senggigi, on Lombok’s west coast, when the quake hit.

“Everything started moving; the noise was deafening. We ran out into the street and a friend and I stood in the parking area hanging on to a parked car which was also swaying severely,” she said.

“The friend I was with in the car park had a very lucky escape. A large wall fan fell off and landed in the chair she was sitting in before it ended up on the floor under the table.” 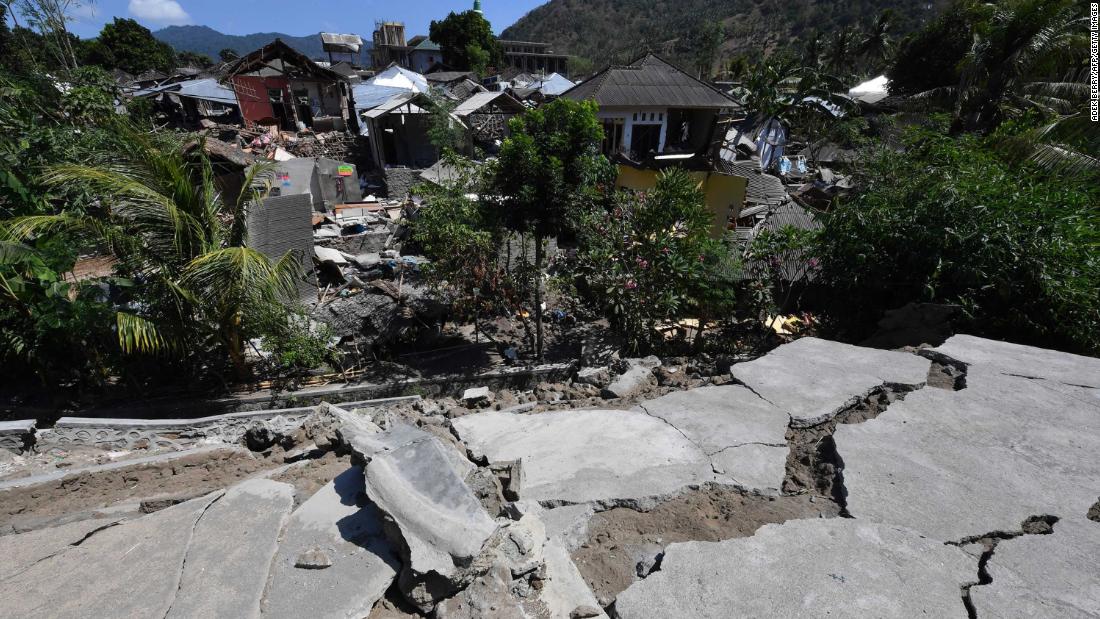 Further north on the island, many were thought to be inside praying when the quake struck late Sunday, said Endri Susanto, who runs a nongovernmental organization assisting with relief efforts.

A tsunami warning was issued in the immediate aftermath of the quake, prompting people to flee to higher ground, said Susanto.

Susanto said the roads in the jungle leading to northern Lombok were treacherous and badly damaged in the quake, which is likely to hamper aid efforts. 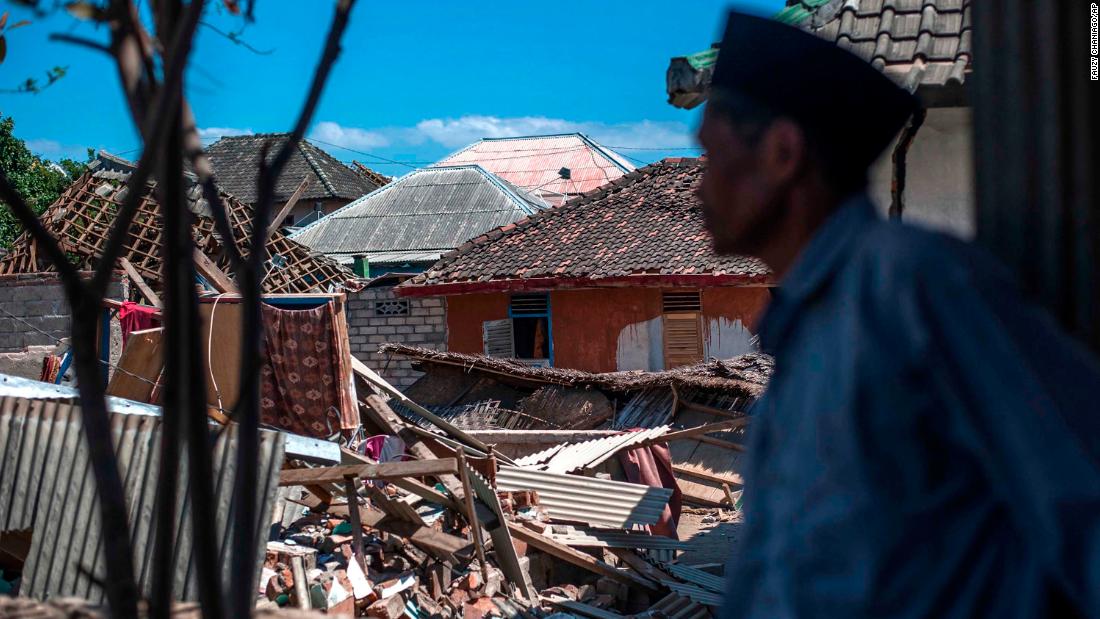 Susanto said he had reached a hospital in the north of the island, which appeared “totally broken.”

“I saw about 80% of the houses, 80% of the buildings had fallen down or collapsed because of the earthquake,” he said of the area surrounding the hospital.

The earthquake was also felt in neighboring Bali, another popular tourist spot. More than 100 aftershocks continued to rattle the region after the main quake.

“I can’t imagine what has happened in the villages close to (the epicenter),” Evan Burns, the general manager of the Living Asia resort, told CNN by phone from Senggigi.

“It was quite bad,” said Evans. “Many of our guests were panicking and it was our job to keep them calm.” 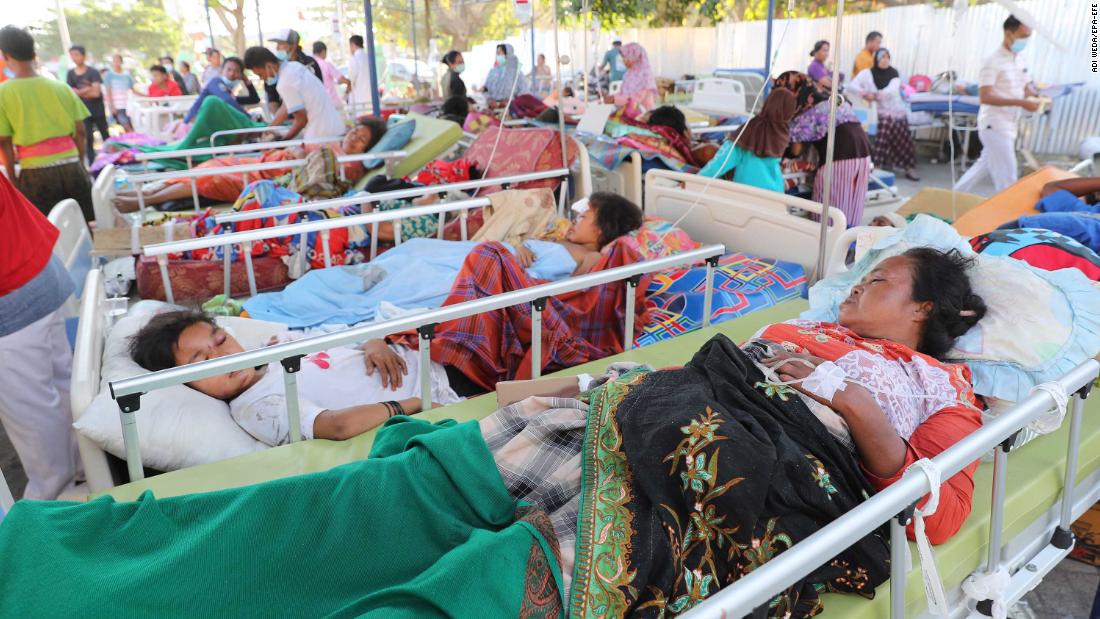 Across the island, residents and tourists were advised to stay outside, with many choosing to sleep in the streets and public areas away from large buildings. Hospital patients were wheeled outside because of fear of aftershocks.

The devastation comes exactly a week after the region was hit by a 6.4 magnitude quake that left at least 15 people dead and 162 injured.