(CNN)Prime Minister Scott Morrison said religious schools in Australia are already legally allowed to deny students a place based on their sexual orientation, following criticism of a leaked report that proposes allowing schools to bar them.

Fairfax Media reported Wednesday it had seen contents of the report, which recommended amendments to a federal law that allows religious schools to discriminate against students “on the basis of sexual orientation, gender identity or relationship status.”

When asked if he thought religious schools should be able to turn away students on the basis of sexual orientation, Morrison demurred twice, saying “that is the existing law.”

The Prime Minister’s office said he was referring to a section in the federal Sex Discrimination Act that exempts religious educational institutions from some discrimination requirements. However, some states have passed their own discrimination laws and do not allow religious schools to reject students on the basis of sexual orientation.

“We’re not proposing to change that law to take away that existing arrangement that exists,” Morrison said.

Morrison, who opposed the same-sex marriage bill and abstained from the final vote in December 2017, vowed to change the law to protect religious freedom in an interview last month, shortly after the sudden ouster of former Prime Minister Malcolm Turnbull. But Morrison said any new laws would take into account the religious freedom review, which Turnbull commissioned in order to assuage the concerns of marriage equality opponents who said the new law infringed on their religious rights.

The report was compiled after a public consultation period that attracted 15,000 submissions and submitted to Turnbull in May, but the government has yet to formally release it, Fairfax reported.

Critics, including civil liberty groups, members of the opposition Labor Party and gay rights advocates, said the government should not be proposing avenues for discrimination.

“The fact of the matter is that every child is entitled to human dignity. We shouldn’t even be having this debate,” opposition leader Bill Shorten said.

Alex Greenwich, an MP from Sydney and a gay rights activist, said he was concerned about the divisiveness of the report. 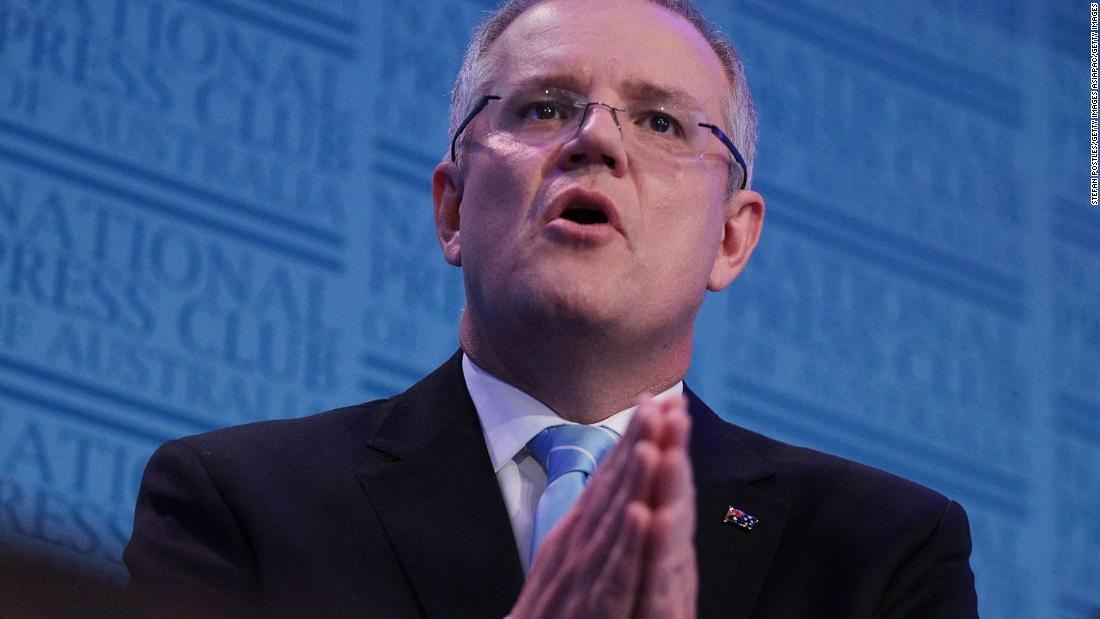 According to Fairfax, the panel rejected the idea put forward by Australian conservatives that religious freedom was in “imminent peril.”

It also found that businesses should not be allowed to refuse service to customers on religious grounds because it would “unnecessarily encroach on other human rights” and “may cause significant harm to vulnerable groups,” Fairfax reported.

Australian Attorney-General Christian Porter said in a statement Wednesday that the report does not propose creating any new exemptions for religious schools to discriminate on the basis of sexuality, nor does it make any changes to the regime currently in place. The law was last amended in 2012, when the opposition Labor party was in power.

“The exemption that allows schools to make employment and student admission decisions in a way consistent with the tenets of their religion already exists for religious schools,” he said.

Morrison said the report has not been considered by the Cabinet, but would be released “in due course.”

“It will be released with a response from the Government, once we’re in a position to advise our comprehensive response to that report, and once we’ve carefully considered and respectfully considered all the measures and recommendations and proposals that have been put forward,” he said.

PrevPreviousFamily of Chris Cornell have sued his doctor over ‘negligent’ death – Trending Stuff
NextA year since Bruce Arena quit, the US still have an interim coach. Why? – Trending StuffNext