(CNN)He shocked the world with his crazed, wide-eyed appearance at the World Cup in Russia, leaving many viewers concerned about his health. 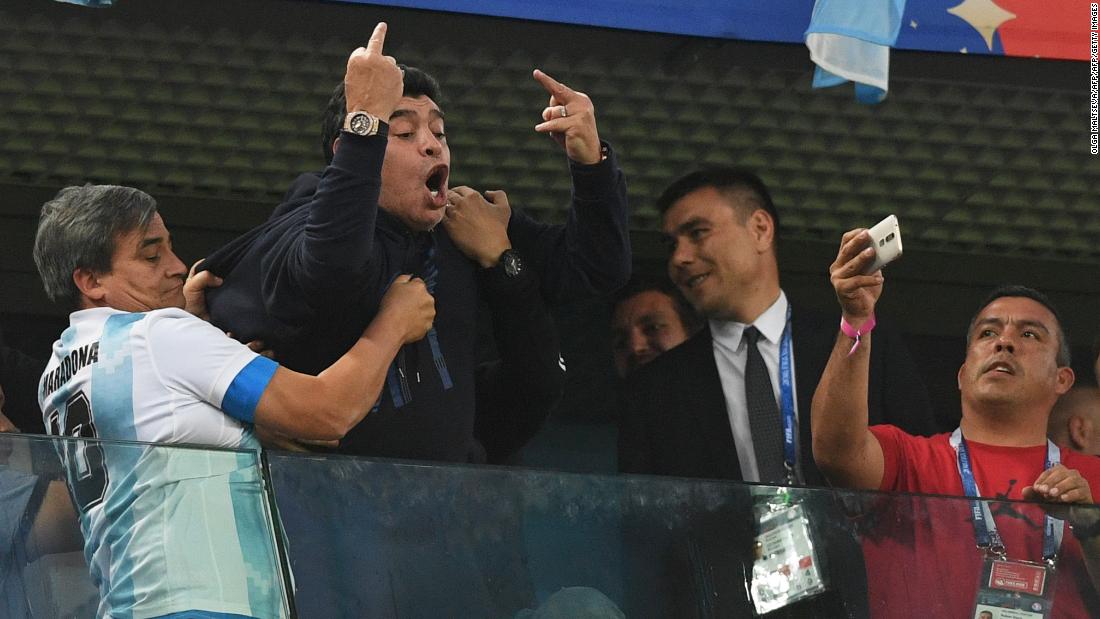 His appointment in September attracted its fair share of surprise and cynicism, viewed by many as little more than a publicity stunt.

After all, the Argentina legend held just two managerial jobs in the eight years since he left his post in charge of the national team in 2010 — Emirate clubs Al-Wasl and Fujairah SC.

But he and his players have proved their doubters wrong, earning a place in the Ascenso MX playoff final and are now just two games away from promotion to Mexico’s first tier, Liga MX.

Maradona and his players have developed a bond along the way, too, celebrating their success in the changing room with songs and dances, which have gone viral on more than one occasion.

“Hard work has been the key,” Maradona told the Dorados website after reaching the final, which will be played against Atletico San Luis over two legs Friday and Monday.

“The players train hard and they have a winning mentality. To give joy to our fans, there is nothing better. That’s our secret to being where we are.

“I’m grateful to my players and to all Dorados who believed in me. We worked hard and we achieved it.”

After appearing to be in rude health during the post-match celebrations, Maradona again caused concern when he appeared to slur his words and struggled to answer questions in an interview Sunday.

The 58-year-old has no cartilage left in his knee due to severe osteoarthritis – which can cause severe pain and swelling – according to a report by the Associated Press.

He is regularly pictured arriving at matches or training using a crutch.

Despite his apparent struggles with communication, Maradona has masterminded a remarkable change in fortunes for Dorados.

Toiling in seventh place and with no win in eight matches when he joined, he recorded a win and a loss in his first two matches before going on a nine-game unbeaten run.

That streak came to an end after Sunday’s 1-0 defeat by Juarez but, having won the first leg 2-0, it meant little as Dorados secured its place in the final.

Could this unlikely success story yet have one last chapter to write?