Hulot said he had not warned President Emmanuel Macron’s government or Prime Minister Edouard Philippe prior to announcing his resignation, saying the decision was “between me, myself and I.”

During the interview, Hulot cited government failure on pesticides, biodiversity and soil as key reasons behind his decision to resign.

The 63-year-old added it was the “hardest decision in my life.”

A spokeswoman for the Élysée Palace told CNN that Macron had yet to speak with Hulot since his resignation.

His departure comes as a blow to Macron, who appointed him in May 2017.

Hulot is a former television presenter and green activist who enjoys a popular following with the younger generation of French voters, many of whom grew up watching his nature program on television in the 1990s. 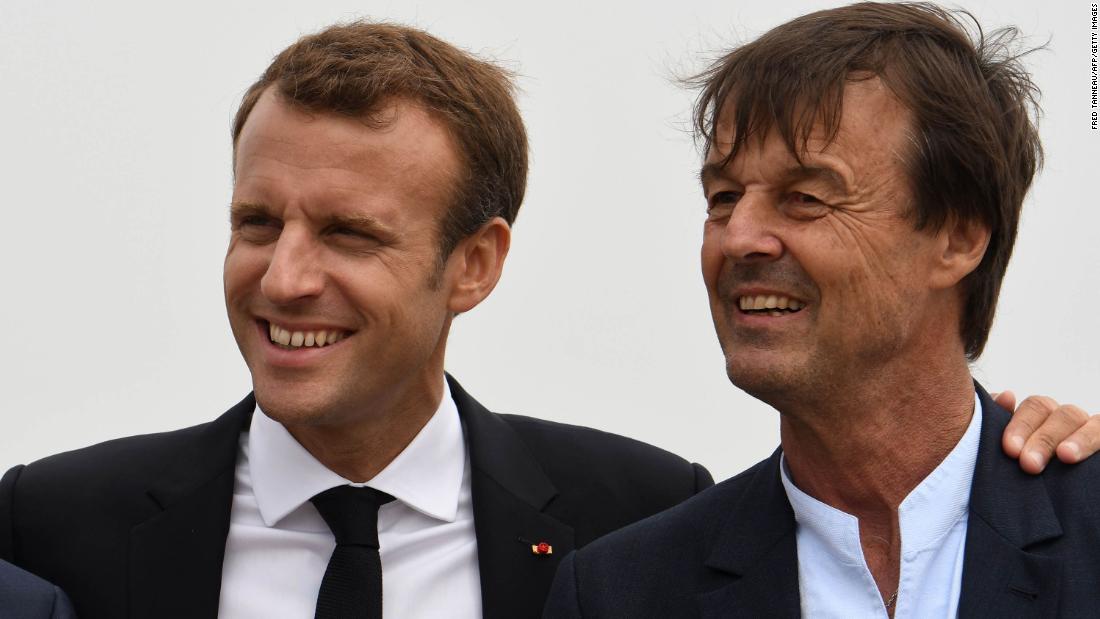 “I hear his disappointment but we must give him and the government credit for what has been done over the course of a year,” Griveaux said.

“It’s a lengthy task the work on biodiversity, fighting for the environment, energy transition. We can’t have results in just one year and Nicolas Hulot knows that. It takes time to change our agricultural system.”

“I would have liked him to stay because he brought his own voice, his own convictions and his commitment. I regret his departure.”