Meng’s wife went to police in Lyon, where Interpol is based, Thursday night to report his disappearance, according to a statement released by the French Interior Ministry on Friday. The spouse told police that she had last heard from him 10 days ago and had recently received threats via social networks and by telephone, according to the statement.

“France is looking into the situation of the President of Interpol and is concerned about the threats his wife has received,” the statement said.

It adds that a “suitable police mechanism” was put in place to guarantee her safety, and that the prosecutor’s office in Lyon has opened an investigation.

A spokeswoman for Interpol, who declined to give her name, refused to say whether Meng was on official business in China when he was last heard from.

“Interpol is aware of media reports in connection with the alleged disappearance of Interpol President Meng Hongwei. This is a matter for the relevant authorities in both France and China,” Interpol said in a statement. “Interpol’s General Secretariat headquarters will not comment further.”

CNN has also sought to contact Chinese authorities, but it is a public holiday.

Meng, who is China’s vice minister for public security and a former head of Interpol China,was elected president of Interpol in November 2016.
The South China Morning Post, a Hong Kong-based newspaper known for its connections inside the Chinese government, reported that Meng is under investigation in China for unspecified reasons.

“Meng Hongwei, 64, who is also a vice-minister at China’s Ministry of Public Security, was ‘taken away’ for questioning by discipline authorities ‘as soon as he landed in China’ last week,” the Post reported, citing an unnamed source.

Although the newspaper report says it’s “unclear” what he’s being investigated for, Meng’s vanishing act bears hallmarks of what happens to senior officials when they are suspected of violating party rules, usually alleged corruption.

Meng was the first Chinese official to become Interpol president, Chinese state news agency Xinhua said at the time. He oversees the agency’s executive committee, which sets overall strategy. The secretary-general is responsible for the day-to-day running of the organization. 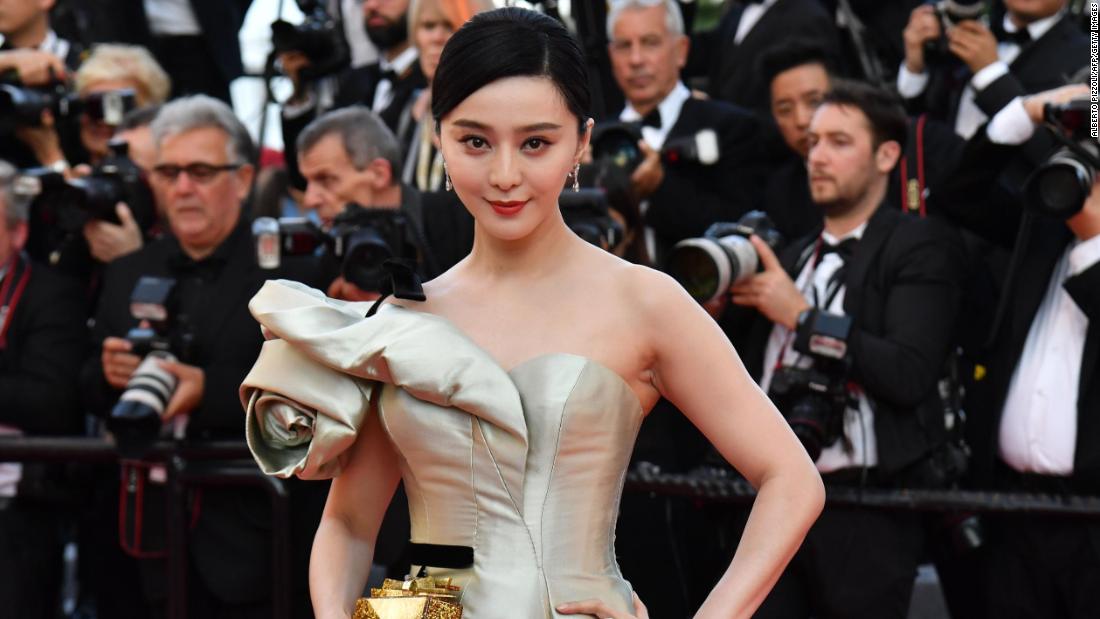 This is not the first high-profile disappearance involving a Chinese national to hit the headlines in recent weeks. Actress Fan Bingbing mysteriously disappeared from public view in June and has not been seen since.
On Wednesday, Xinhua reported that she had been fined tens of millions of dollars for tax evasion after she misreported how much money she had received for certain film projects.

Fan’s disappearance sparked widespread speculation she had been detained by the authorities. Xinhua said she had been under investigation by tax authorities in Jiangsu province, near Shanghai but didn’t provide any details on her current whereabouts.

In a letter posted on social media, Fan, 37, apologized profusely and repeatedly to the public and government.