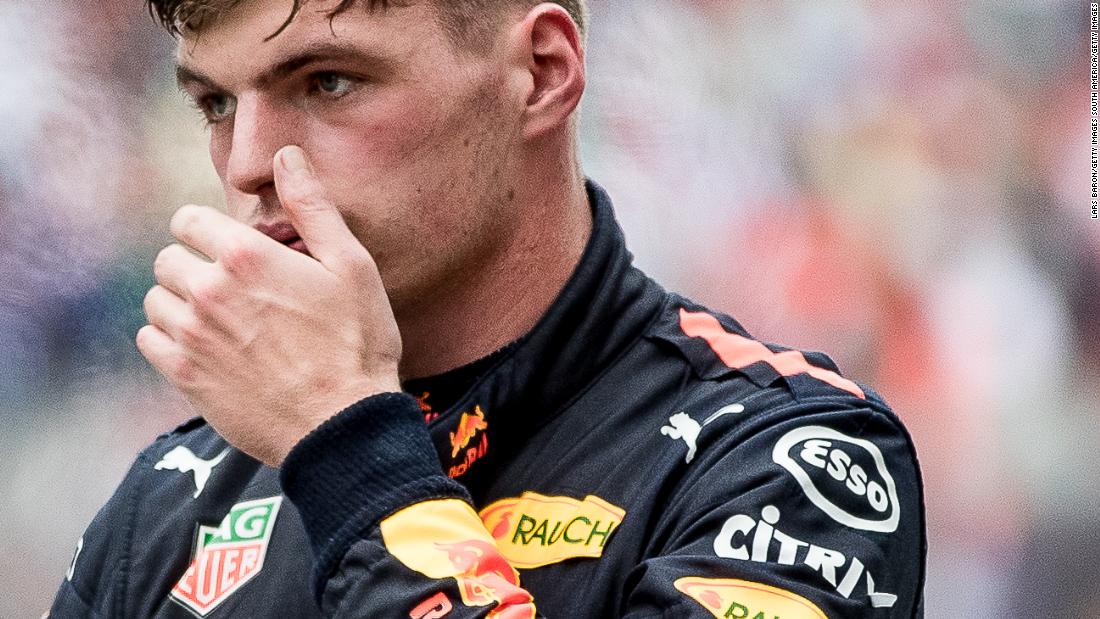 (CNN)Max Verstappen labelled Esteban Ocon an ‘idiot’ and was accused of trying to punch the Frenchman in a post-race fracas after their collision cost him likely victory in Sunday’s Brazilian Grand Prix won by Lewis Hamilton.

Red Bull’s Dutch star had to settle for second place with Ferrari’s Kimi Raikkonen third in a nailbiting finish at the Interlagos circuit in Sao Paulo.

Verstappen looked to have his second straight F1 victory secured when he overtook Hamilton on lap 39 of 71 and moved clear on fresher tires, but five laps later came the incident that was to change the course of the race.

Overtaking Force India’s Ocon, Verstappen was taken by surprise as backmarker tried to unlap himself and the two collided, sending the leader spinning off.

Verstappen responded with an expletive-ridden rant over race radio but then set about chasing down five-time champion Hamilton for the second time.

He ultimately came up just short despite having damage to the bottom of his Red Bull from the collision.

Ocon was given a 10-second stop-go penalty by stewards, but that was little consolation for the 21-year-old Dutchman who was in search of a second straight victory after claiming the Mexican Grand Prix a fortnight ago.

“We did everything today,” said a distraught Verstappen in the post-race interviews. “He (Ocon) was such an idiot.”

The argument continued in the weighing room, with Verstappen confronting Ocon, TV pictures showing him shoving him a number of times as other drivers watched on.

“He pushed me and wanted to punch me, that’s not professional,” said Ocon, who was a fierce rival of Verstappen as both moved up through the ranks.

“I don’t care care what people say,” said Verstappen as details of the incident were spread on social media, but he was later handed a penalty by the sport’s governing body, the FIA, for his actions.

All that was of little concern to Hamilton, who was winning his 10th race of a triumphant season and 72nd of his glittering career.

“I saw it happen, I wasn’t surprised by it,” was his caustic verdict. “I saw them racing and they weren’t racing for the same position.”

He also offered advice to Verstappen as the two mulled over the incident. “You always make sure there’s space,” he told him.

Combined with fifth place for teammate Valtteri Bottas, it secured a fifth straight constructors’ title for Mercedes which has an unassailable lead over Ferrari with just the Abu Dhabi round to go this season. 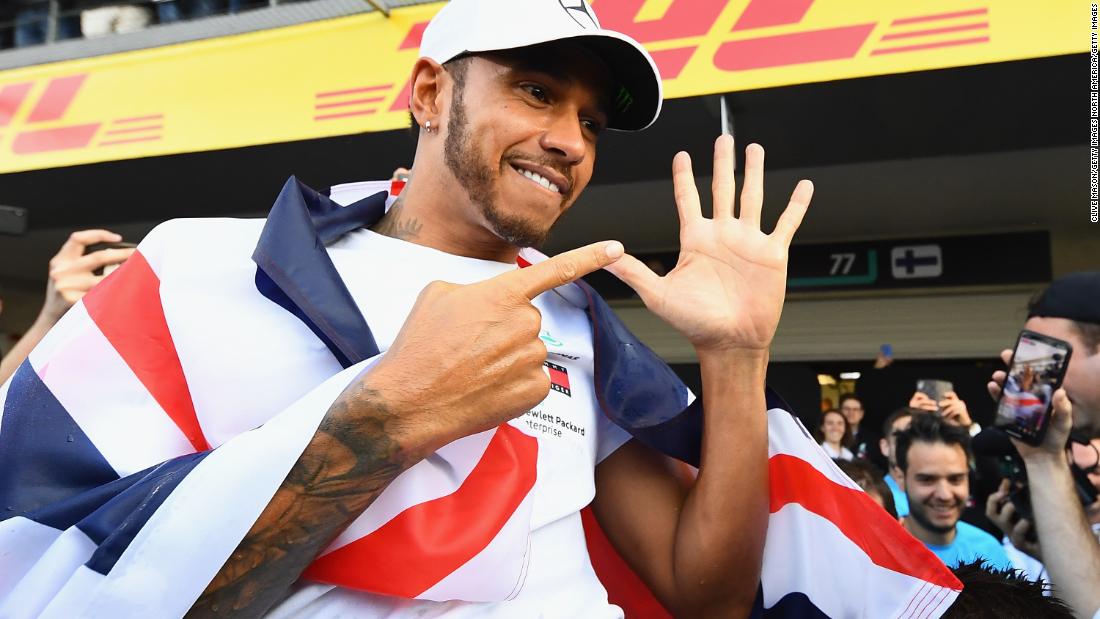 It was another disappointing race for Ferrari’s Sebastian Vettel, who started second on the grid behind Hamilton on pole, but slipped back through the field as the Red Bulls of Verstappen and fourth-placed Daniel Ricciardo emerged as the main threat to the newly crowned champion.

Australia’s Ricciardo, who started from 11th of the grid, was also left to reflect on what might have been in his penultimate race for the team before moving to Renault, closing fast at the finish on Raikkonen, who was racing his 150th GP for Ferrari.

Charles Leclerc, replacing the Finn at Ferrari next season, finished a fine seventh for Sauber, but the race is likely to be remembered for what occurred off the track as well as on it.

Verstappen was found to have breached the FIA International Sporting Code and must perform two days of unspecified “public service” over the next six months, it was later announced.