And Corker also added that Trump’s decision to shrug off the Khashoggi killing and side with Saudi Arabia undercut the United States’ moral high ground. 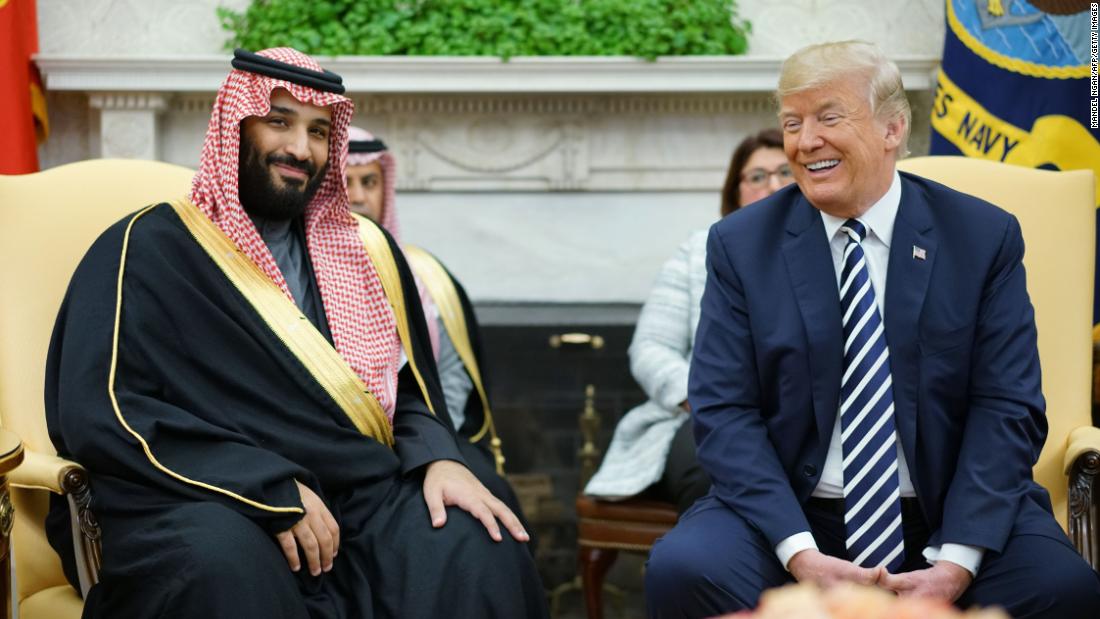 “It took our nation to a very low level — moral standing wise,” Corker said of the President’s response. “In essence what the President was saying is if you lavish praise on me and spend a lot of money with our country, we will turn our head as it relates to you killing journalists and doing other things.”

Corker added: “I think that whole approach, even though no doubt Saudi Arabia is a country we’ve been an ally with, even though they are a semi-important country in the world … our moral standing as a nation was challenged. I don’t know why he went out of his way to approach it in this manner.”

“This was absolutely laying it out there that our value systems were around money and not around some of the things that we value greatly as a nation: human rights and other moral issues as a country.”

Asked why he tweeted that, Corker said: “When you read the release, the crown prince couldn’t have written it any better.”

How Congress ultimately decides to respond remains to be seen. Corker and Sen. Bob Menendez, the ranking Democrat on the Senate Foreign Relations Committee, forced the Trump administration to investigate whether the Saudi crown prince, Mohammed bin Salman, was responsible for the murder, something that could lead to sanctions against him under the federal Magnitsky Act.

But the administration can put off a final decision on that issue until February. And whether Congress can coalesce around a single approach by December 7, the deadline for a must-pass spending bill to keep part of the government open, is highly uncertain.

Corker said the first step is for a briefing from the Trump administration to determine whether “other policy steps” are necessary to take.