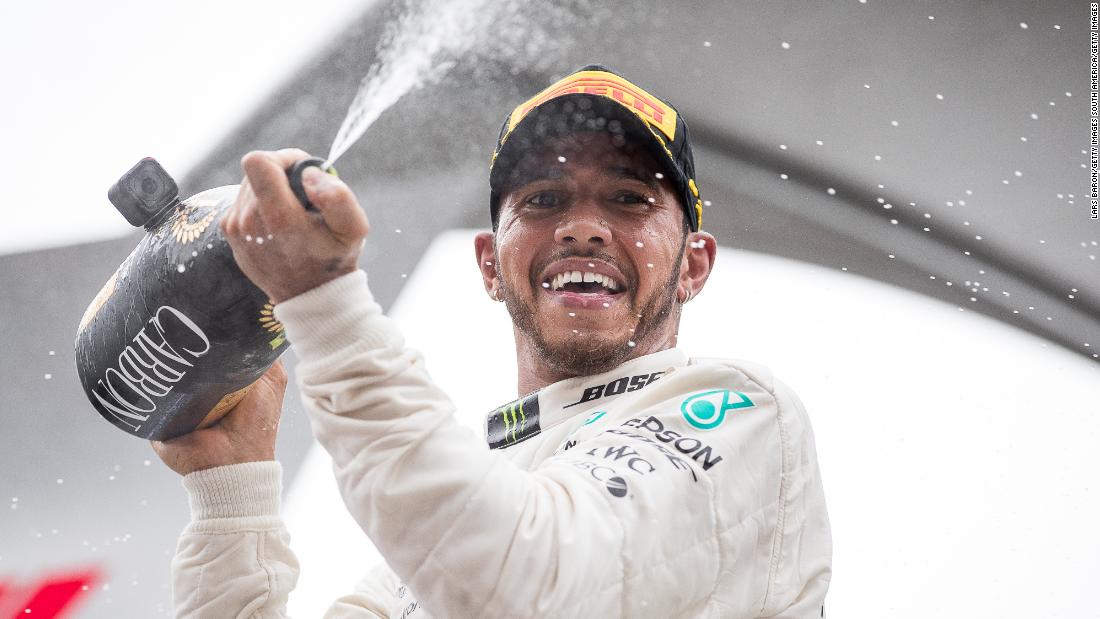 (CNN)During what has been arguably Lewis Hamilton’s toughest season in Formula One yet, the five-time world champion has demonstrated his knack of thriving under pressure.

But far from complain about the adversity he’s faced, the Brit says it’s what has helped propel him to the top of his profession.

“I love driving the car,” Hamilton told CNN in Abu Dhabi. “Every weekend when you turn up and get in the car it’s an amazing feeling.

“That never changes and the challenge of each weekend is always … life is boring without challenges. But it’s different for other people, a lot of people in life don’t care to have a challenge.

“Maybe (they take) an easier route but for me I like being challenged, being faced with new challenges each day and that’s something that’s not given — and I love when it’s hard work.”

As was the case when he won his previous four world titles, Hamilton has been inundated with congratulatory texts and emails.

After all these years, having spent years grafting through karting series together when Hamilton was a kid, it’s still the text from his father, Anthony, that means the most.

“The guys that I’m working with and my family know how much goes into it,” Hamilton says of his exertions this season. “Ultimately that’s all that really matters. But I think my fans do too.”

So now he has five world titles, does Hamilton have his sights set on matching Michael Schumacher’s all-time record of seven?

For now, he isn’t thinking that far ahead.

“At the moment, my next challenge is to have the best holiday and off period ever.”