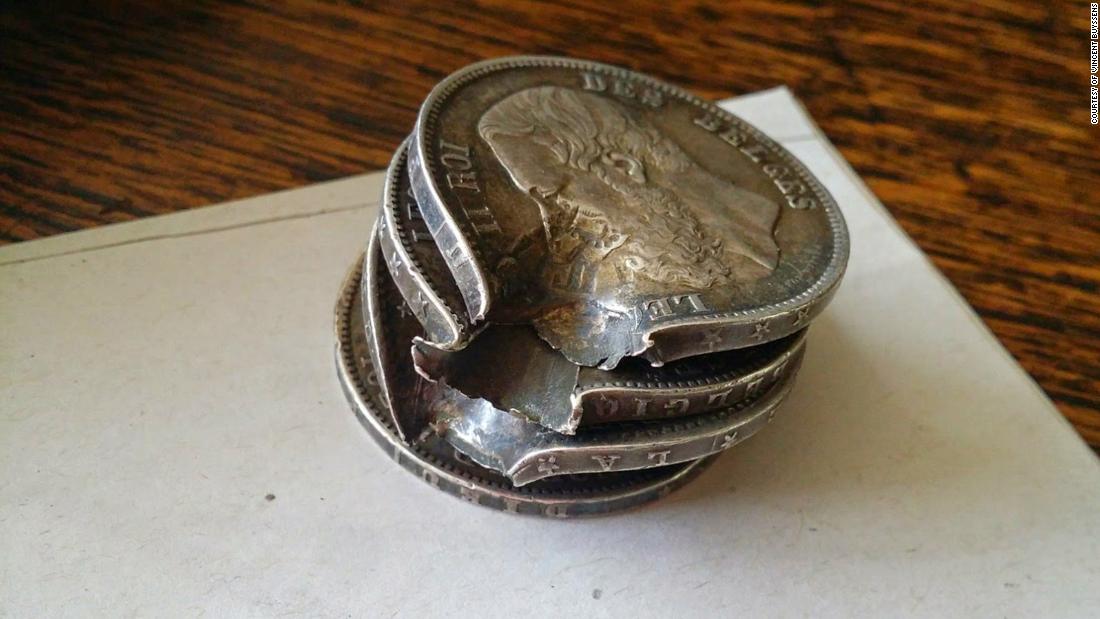 (CNN)Optatius Buyssens was a Belgian soldier who fought the Germans during World War I.

Vincent Buyssens, who lives in Antwerp, said the coins stopped a bullet and saved his great-grandfather’s life. He posted a picture of the three Belgian francs and three French francs on Reddit.

“Ironically, the coins were the reason why he got shot,” Buyssens said. “It was the noise of them clinging together in his breast pocket which gave his position away.”

Optatius Buyssens was initially barred from the army because of a hip injury but eventually joined as a volunteer. He was shot during a scouting mission in September 1914 near Lebbeke, Belgium.

The German soldier who shot him kicked his head and Optatius Buyssens pretended to be dead. Once the soldier walked away, Buyssens and another comrade crawled to safety. 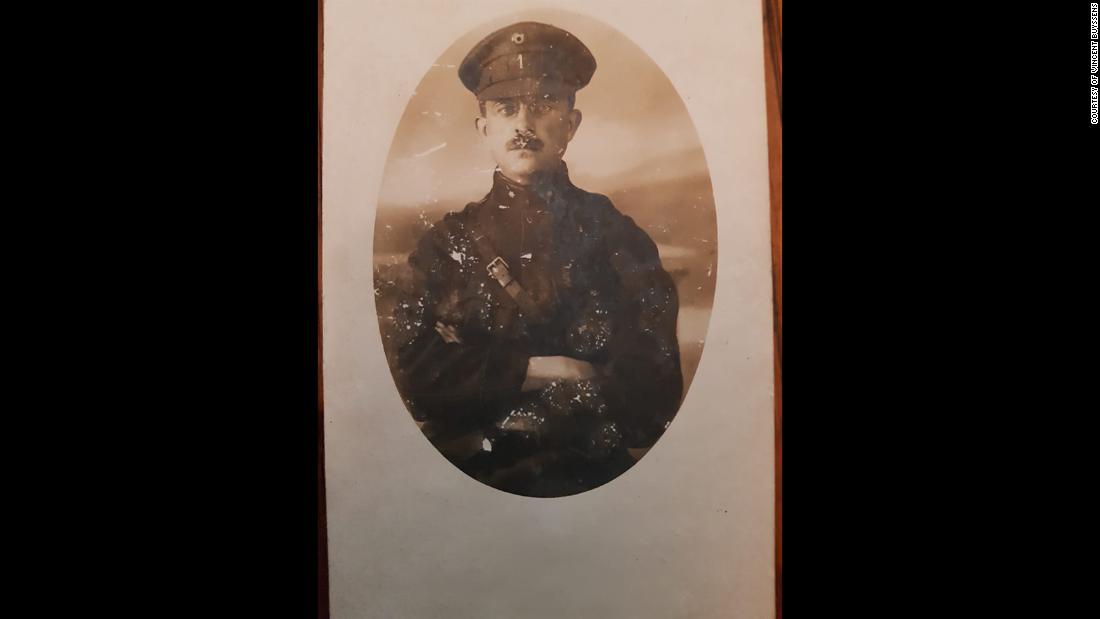 “He was very lucky since the bullet that should have killed him ricocheted off of the coins, thus saving his life,” Vincent Buyssens told CNN.

He said it wasn’t until recently that he discovered the whole story about the coins in a journal kept by his great-grandfather’s brother, who was an avid archivist. Buyssens said he received photos of the journal from a local museum.

Optatius Buyssens survived the war and died of heart disease in the 1950s, according to his great grandson.

“The letters were the missing piece that we didn’t know existed until today,” he said. “And they were kept in a museum just behind the corner.”