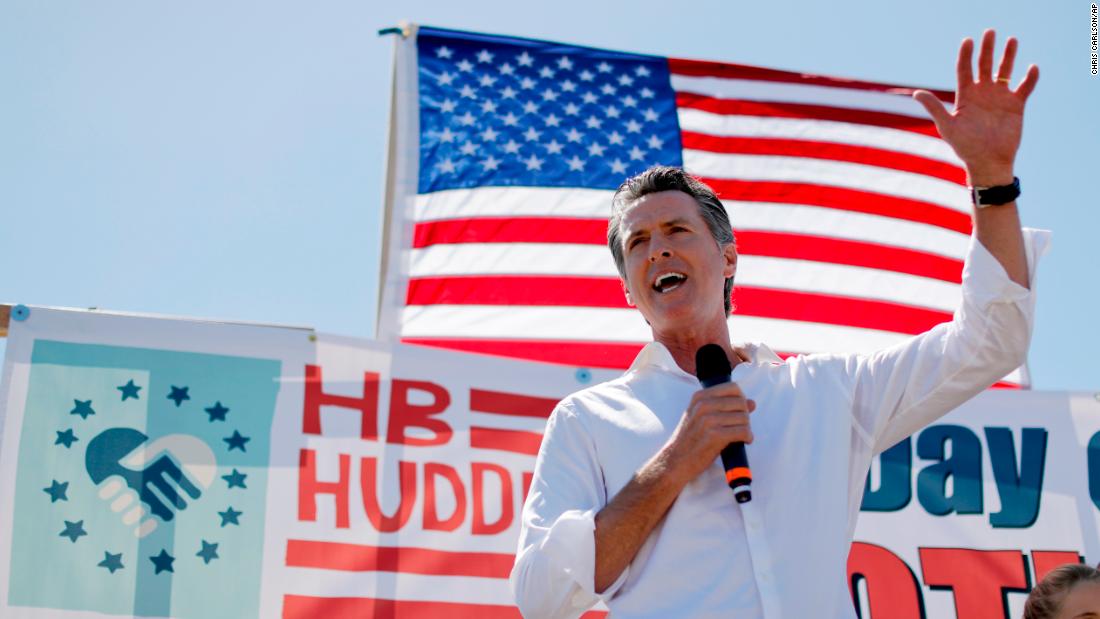 (CNN)Converging crises are compounding the risk that Republicans could suffer historic 2018 losses in suburban communities that could harden a starkly polarized alignment in American politics.

Even before these developments, Republicans faced a perilous environment in white-collar suburbs rooted in discontent among college-educated white voters, especially women, over Trump’s tempestuous style, belligerent language and portions of his agenda. Both the Kavanaugh controversy and the Rosenstein speculation could reinforce two of the central sources of that suburban anxiety: concerns that Trump does not respect either women or the rule of law.

Yet national polls and surveys in the key state and House district battlegrounds offer much less evidence that all of these forces are meaningfully eroding Trump’s support with the groups that keyed his 2016 election: particularly blue-collar, evangelical and rural whites.

That stark divergence means those watching the electoral shoreline for signs of a “blue wave” in November may be looking in the wrong place. Rather than a wave washing equally over all parts of the country, the 2018 election now appears more likely to produce a targeted current that widens the nation’s existing geographic and demographic divisions, like a river cutting through rock.

“Just like in 2016, we are seeing voters shifting in opposite directions, which is not something you usually see,” says Emory University political scientist Alan Abramowitz. “It’s not the normal pattern. The normal pattern you see is that everyone shifts in the same direction to varying degrees and usually the differences in the size of the shift are not all that great. In this case, we’re seeing really big differences and voters going in opposing directions.”

In practice, this disparate reaction to Trump and the Republican Congress that has locked arms around him is creating a two-tier battlefield for control of the House of Representatives. Six weeks before Election Day, Democrats are increasingly confident about their prospects in a wide range of mostly white-collar suburban districts from coast to coast, including several in more traditionally Republican leaning metropolitan areas; the Democrats’ list of targeted districts on this terrain is actually expanding as the election approaches.

By contrast, the party’s opportunities in blue-collar and small-town districts appear to be stalled or even receding. Given Trump’s continued strength with working-class whites, Democrats were targeting far fewer of these seats to begin with. But now, with a few prominent exceptions such as a northeast Iowa district where Democrat Abby Finkenauer has established a dominant lead over Republican Rep. Rob Blum, many of those challenges have failed to gain traction.

If this pattern persists through Election Day, it would widen the trench between major metropolitan areas increasingly dominated by Democrats and less densely populated areas beyond them where Republicans still rule. “If you look back over 20 years, these alignments are very pronounced, as the Republican base has migrated from the country club to the country,” says Tom Davis, a former Republican representative who served as chair of the National Republican Congressional Committee. “This is entirely consistent with a 20-year movement that Trump is putting an exclamation point on.”

The chance that November’s election will harden this divide rests on the atypical pattern that Abramowitz highlighted: while some groups are clearly recoiling from the President, others are moving little, if at all. That’s a departure from the more consistent movement, especially among white voters, evident in recent mid-term elections.

In each of the past three midterm elections, exit polls show that white voters with and without a college education shifted their loyalties in roughly similar proportions. 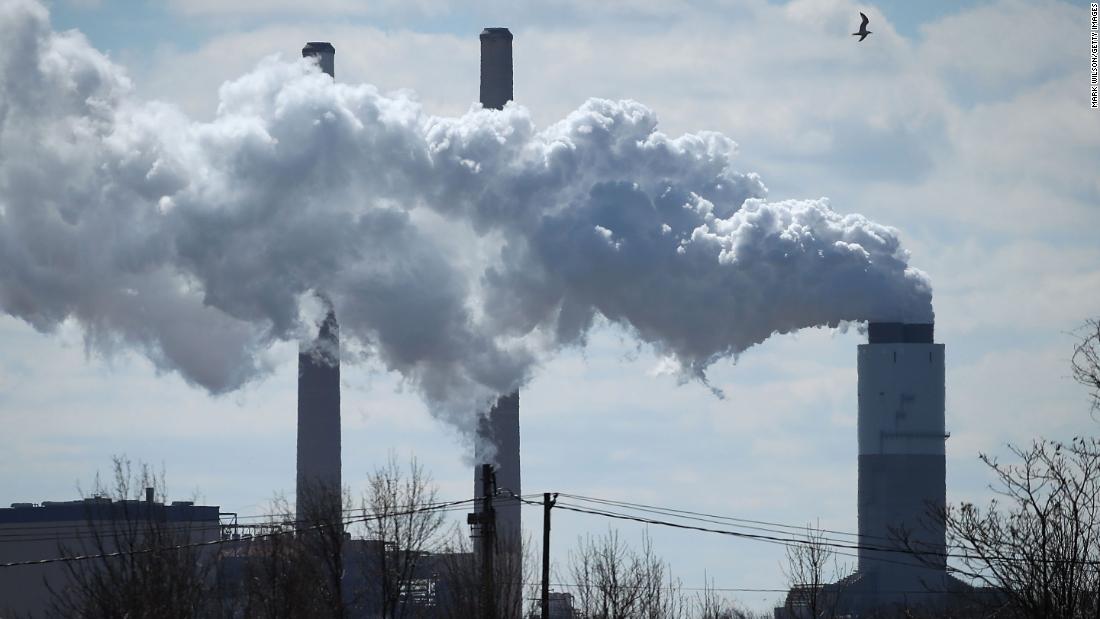 But this time, polls point toward much bigger gaps.

Other national polls report slightly different results for these four groups of white voters. But they all generally follow the same pattern, with Republicans maintaining a commanding lead among blue-collar white men, Democrats opening enormous advantages among white-collar white women, and both college-educated men and non-college women dividing closely between the parties.

These contrasting responses also emerge from the flurry of district-by-district House polls published in the past few weeks by Monmouth College and The New York Times in partnership with Siena College. Each shows severe vulnerability for Republicans in a wide range of suburban districts located inside major metropolitan areas and containing a large number of college-educated voters. The NYT/Siena polls, for instance, show that a majority of voters disapprove of Trump’s performance in the suburban seats now held by Republican incumbents Steve Knight and Dana Rohrabacher in California; John Culberson and Pete Sessions in Texas; Erik Paulsen in Minnesota; Kevin Yoder in Kansas; Peter Roskam in Illinois; Mike Coffman in Colorado; Carlos Curbelo in Florida and Leonard Lance in New Jersey.

Of all the Republicans on that list, only Texans Culberson and Sessions held a clear lead among college-educated white voters, while Roskam and Lance ran about evenly. All the rest trailed among those voters, often by significant margins. And while almost all of those Republican incumbents held substantial leads among non-college white voters in their districts, all either trailed overall or ran only about even with their Democratic opponent and still registered below 50% in support — either way a precarious position for an incumbent this close to Election Day. (An earlier Monmouth Poll showed Northern Virginia Republican Rep. Barbara Comstock facing the same equation).

The polls have returned more encouraging results for both Trump and the GOP in blue-collar districts defined by large numbers of voters without a college degree, usually centered on small town and rural communities outside of major metropolitan areas. These include contests in West Virginia, Wisconsin and Maine.

Finkenauer, in the northeastern Iowa district, is the only Democrat holding a convincing lead among non-college whites in any of the seats the NYT/Siena project has polled. In almost all the other contests they have polled, as well as the Monmouth surveys, Democrats still trail by at least double-digits among those voters, who provided the core of Trump’s support in 2016.

Political professionals working on the House races dispute some of these individual results, but confirm the general direction of the findings. Democrats still see some plausible opportunities in blue-collar and rural districts, including Finkenauer, the Maine seat now held by Rep. Bruce Poliquin, and the rural New Mexico district that Republican Steve Pearce has vacated to run for governor. But doubts have grown about their prospects in several others that initially appeared stronger opportunities, including the seat House Speaker Paul Ryan is vacating in Wisconsin, two seats in downstate Illinois and the high-profile challenge by former Marine pilot Amy McGrath to Rep. Andy Barr in a district around Lexington.

The clearest exception to this pattern is the complex of governor and Senate races in four key Rust Belt states — Ohio, Wisconsin, Michigan and Pennsylvania — where polls generally show Democrats recovering somewhat among blue-collar whites, especially women. That could be significant for the party’s hopes of beating Trump in 2020. But in 2018, the resistance of blue-collar whites remains a constraint on possible Democratic gains in the House.

But while the blue-collar terrain remains rocky, Democratic opportunities seem to be expanding in white-collar seats. Pollsters in both parties say the decline in Trump’s national approval rating evident since Labor Day has reverberated powerfully in those places.

With Republicans facing that undertow, Democrats are growing increasingly confident about their chances not only against incumbents long in their sights (such as Knight, Rohrabacher, Yoder and Paulsen) but in districts that were originally on the periphery of their target list, such as seats around Raleigh and Charlotte, the Irvine California-centered seat held by Republican Rep. Mimi Walters and the southeastern Florida seat held by Brian Mast. Seats that combine measurable concentrations of minority voters with white-collar whites, like those in Texas and Orange County, provide Democrats a pathway to victory even if they can’t match the gains they are experiencing among white collar whites in more traditionally Democratic areas.

Districts moving against the tide

Not all suburban races are moving toward the Democrats — the party, for instance, is growing gloomy about their prospects against Rep. Brian Fitzpatrick outside Philadelphia and in the Orange County seat vacated by Republican Rep. Ed Royce. But overall, both sides expect Democrats to significantly tighten their control over the remaining Republican-held seats inside the major metropolitan areas, particularly because the allegations of sexual assault against Kavanaugh from professor Christine Blasey Ford could further alienate professional white women already stampeding away from Trump’s definition of the GOP.

“Even though this alleged incident was not a workplace incident … for these professional women it just reinforces that they face these obstacles … and that this isn’t an administration or a party that cares about professional women,” says Democratic pollster Anna Greenberg.

Wave elections usually crest and recede, like the Democratic small-town gains in 2006 that were almost entirely swept away in the Republican tide of 2010. The real risk for the GOP is that the approaching Democratic gains in suburban seats will prove a lasting realignment of partisan loyalties — like those 2010 Republican gains in rural places.

The approaching suburban recoil from the GOP, Davis acknowledges, looks “more fundamental” than a typical mid-term shift. Democrats, he says, might give Republicans a chance to rebuild if they choose a 2020 presidential candidate who is more liberal than many white-collar suburbanites can stomach. But if Democrats don’t provide such an opening, he says, it won’t be easy for Republicans to recover from the suburban tsunami bearing down on them so long as Trump defines the party.

“Even though these folks are benefiting a lot from the Trump economy, it’s just a reaction to his temperament,” Davis says. “These are just the people saying ‘we don’t want to leave these guys [in the White House] untethered’ and we need to make a course correction.”