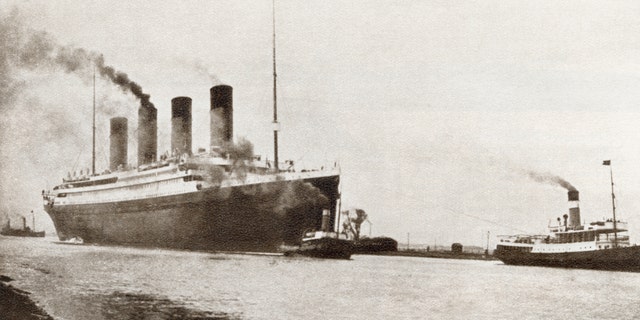 The menu, which has a pre-sale estimate of $65,351 to $78,421, will be auctioned on Saturday. Other Titanic artifacts in the sale include a poster advertising third class tariffs on the ship’s return voyage from New York to Europe and a pair of brass lifeboat plaques from the liner.

Another Titanic menu, one from the first meal ever served on the ill-fated ocean liner, went up for auction this past April.

DID THIS ICEBERG SINK THE TITANIC?

More than 100 years after the Titanic’s sinking, the disaster continues to be a source of fascination.

Last year a sea-stained letter recovered from the body of a Titanic victim was sold at auction for $166,000.

In 2016, the sextant used by the captain of rescue ship Carpathia sold for just under $97,000. A year earlier, a cup presented to the captain by Titanic survivor Molly Brown to the Carpathia captain sold for $200,000.