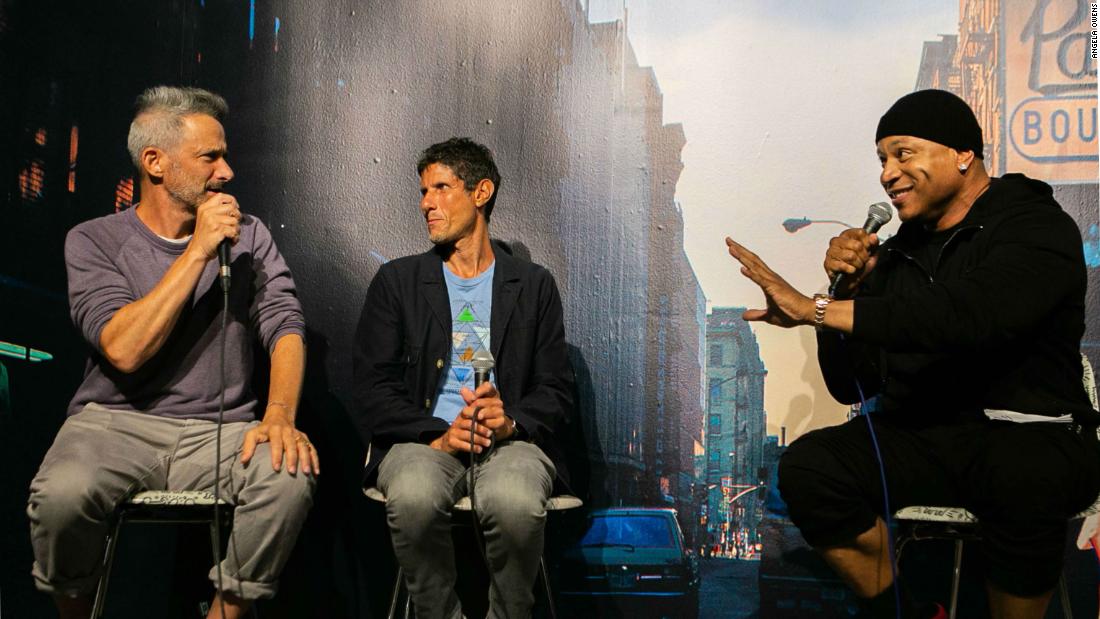 (CNN)They’d like to make clear the Beastie Boys are over as a musical group following the death of Adam Yauch (known as MCA to Beastie fans) from cancer in 2012, but Mike Diamond (Mike D) and Adam Horovitz (Ad-Rock) are still collaborating.

CNN spoke with Diamond and Horovitz at the Brooklyn premiere of their art show, a collection of New York City’s most famous street art, called “Beyond The Streets,” where they have on display handwritten letters, song lyrics and memorabilia from over the years.
“I’d like to say we had an immaculate archive that was humidity proof. It’s like Fort Knox of archives. Okay?” Diamond jokes. “Actually, the truth is my stuff was a mess. I did have the plastic tubs, Rubbermaid actually, big shout out to Rubbermaid, we made a dent [in the stuff] but there’s like 95% more.”
One letter in particular from their wild days, stood out. Addressed to “Mr. Yauch” in Suite 801 of the Mondrian Hotel in Los Angeles, it reads: “Dear Mr. Yauch, I have received several complaints that there are items falling out of your window and hitting people on the sidewalk. Please let me know, if there is anything defective on your windows so we can eliminate this problem. I am looking forward to your cooperation in this matter. Respectfully, General Manager.”
“I literally didn’t know I had it,” Diamond laughs. “The fact that it’s to Yauch makes it more special, and then the hotel manager writes with this, just so polite, such restraint, like he easily could have just said ‘What the f*** are you guys doing?’ He’s like, ‘If there’s anything I can help with.’ On the Sunset Strip, I don’t think it was unprecedented.”
“It’s L.A. in the ’80s, I’m sure he wrote several versions of that letter,” Horovitz quips.
As for choosing projects to take on following Yauch’s death, the two consider themselves brothers, and talk often about whether their late friend would have approved of whatever they’re working on. 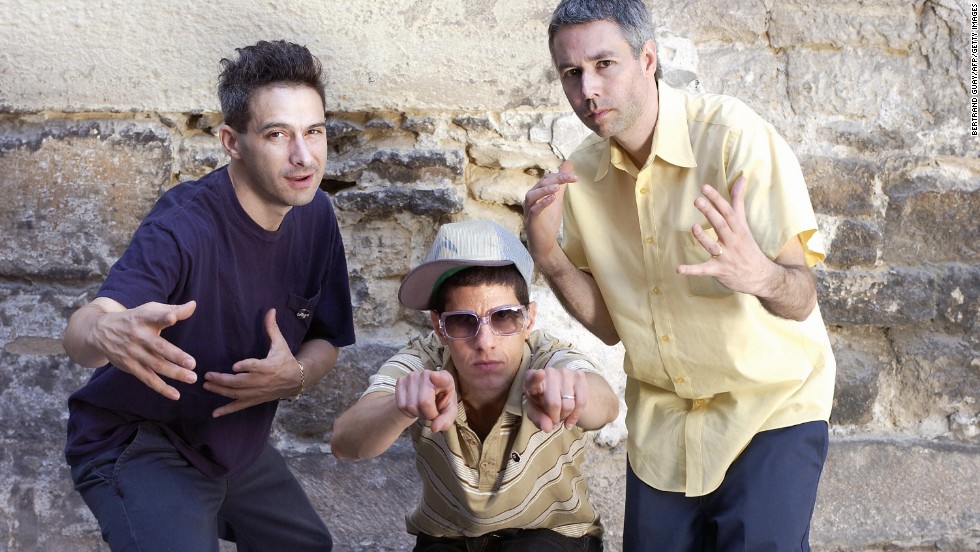 “Is it weird? Is it funny? Those are the criteria that we think of,” Horovitz says.
The two felt sure Yauch, who was a vegan, would have approved of the shoe they helped design, a vegan cream-colored number with a light gray stripe made of hoodie material, called the adidas Skateboarding x Beastie Boys Americana.
It’s also the 30th anniversary of the release of the band’s classic second album, “Paul’s Boutique.” Diamond and Horovitz both say they are in a calmer place today.
“I try to be involved in the surfing,” Diamond says, of his days spent in the Pacific Ocean in Malibu, adding, “It’s 7 p.m. at night now and I’m exhausted.”
Horovitz, who two years ago spent a week at Diamond’s Malibu pad, fills him in.
“Mike wakes up, gets his kids, gets his coffee. He’s got to get his kids ready for school, they’re 30 by the way and they still live at home,” he jokes, “He gets them to school, he comes home, might have another coffee. He’s got fruit at his house, so he’s always eating fruit. He makes a little music.”
“I surf late afternoon,” Diamond adds.
And Horovitz?
He just visited the Hamptons for the very first time — and ran into Diamond on the beach.
“I saw you and you barely recognized me,” Horovitz says to Diamond. “I was visiting my sister and he was out there.”
The two laughed, with Horovitz saying the randomness of their encounter encapsulates their career.
“How did that happen would be a good way to sum it up,” he says
See Beyond The Streets in Williamsburg, Brooklyn throughout the summer.