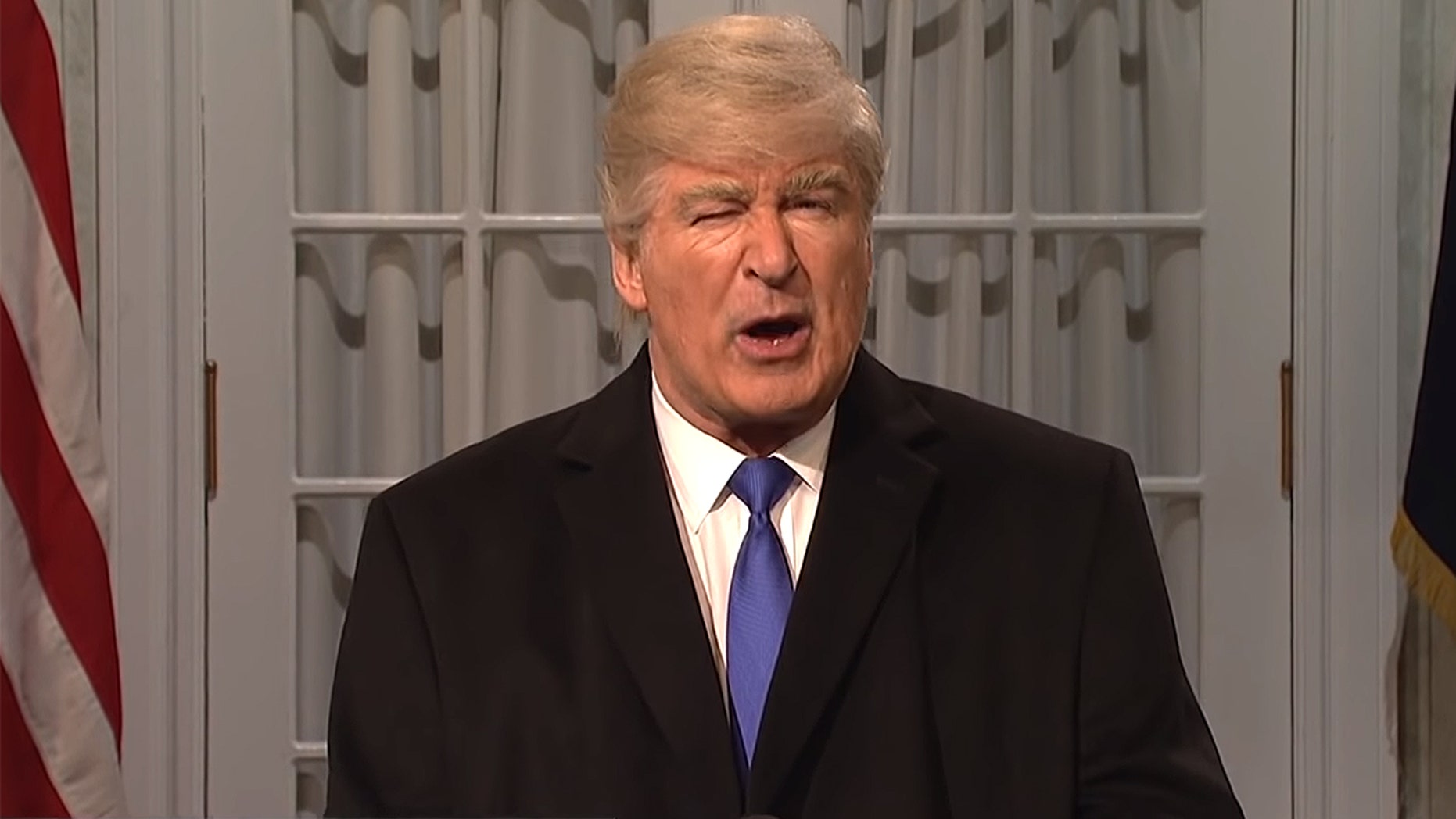 “I am reading zero pages,” Baldwin’s Trump said. “But Sean Hannity has read it and he’s so excited, he texted me an eggplant.”

DONALD TRUMP SLAMS ‘SNL’ AFTER RERUN EPISODE, FLOATS THE IDEA OF AN FCC INVESTIGATION INTO THE SHOW

“On the charge of obstruction of justice, we have not drawn a definitive conclusion,” De Niro’s Mueller said, to which Bryant’s Barr replied, “But I have, and my conclusion is Trump clean as a whistle.”

“Free at last, free at last!” Baldwin as Trump said.

As for allegations of Trump-Russia collusion, De Nrio as Mueller said there were “several questionable instances involving the president’s team” and noted that 34 people were indicted during his investigation.

“The pardons are already in the mail,” Baldwin’s Trump replied. “Russia, if you’re watching, go to bed. Daddy won.”

Later, Trump said, “If you shoot at the devil, you best not miss.”

“I guess I was a legal genius the whole time,” Giuliani continued. “And all of my mind games worked. If you want to know what my mind games were, you have to ask the family of goblins who live in my head and holds open my eyes.”

“P.S., can’t wait to see what the Southern District of New York has in store for Trump,” Mueller said.