Editor’s note: The UN estimates that around 17 million people born in India live outside its borders. The group is considered the world’s largest migrant population. From the NBA’s first Indian-origin player to the descendant of an indentured laborer, CNN spoke to a handful of people born to Indian parents who settled overseas. 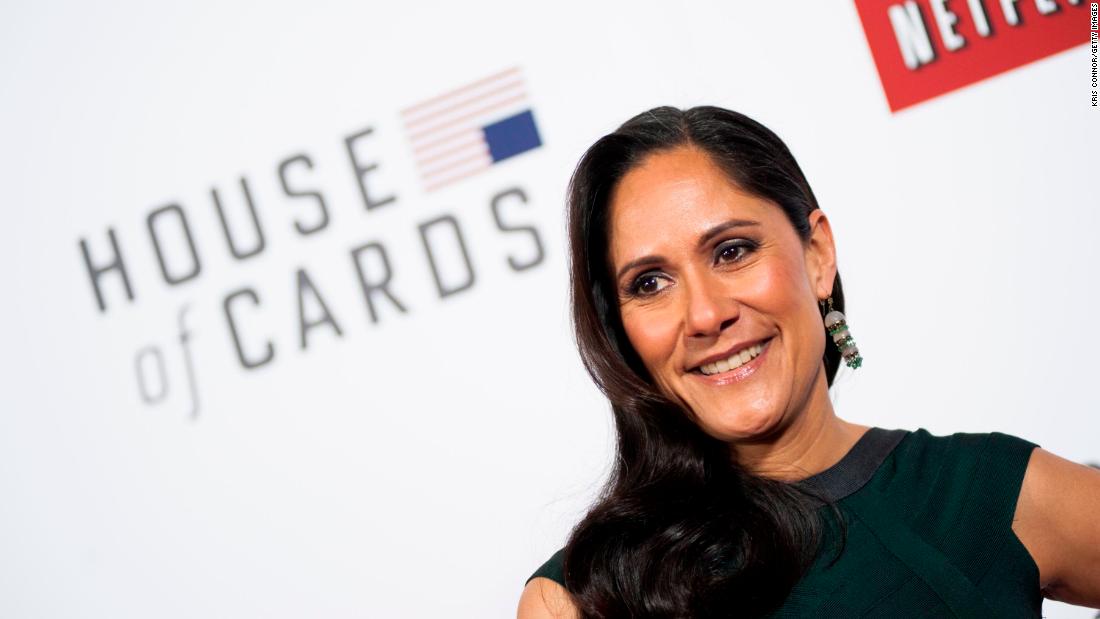 Sakina Jaffrey comes from a family of trailblazers.
Her mother helped introduce Indian cuisine to the West, her late father was a high-profile actor and her adoptive father is the first and only African-American musician in the New York Philharmonic.
“I believe that you can make anything happen,” says the actress, who played White House Chief of Staff Linda Vasquez in the “House of Cards” TV series. “That’s their gift to me.” 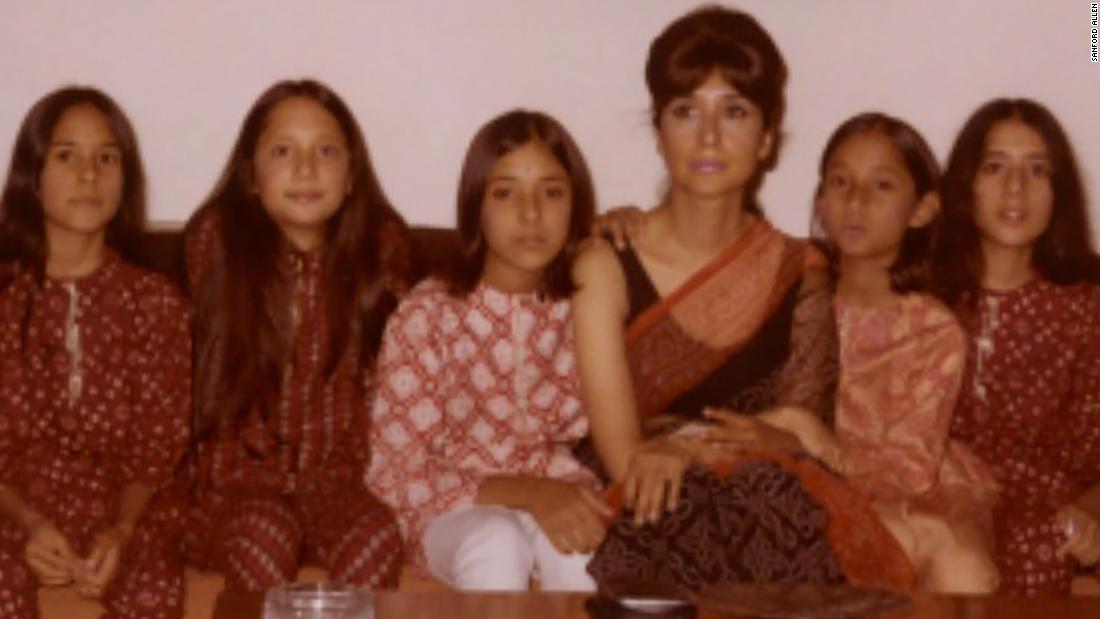 Her mother, Madhur Jaffrey, was born in India’s capital New Delhi and her father, Saeed Jaffrey, hailed from Malerkotla in the northern state of Punjab. Jaffrey learned about the history of India through her mother, as “no Indian history is taught here (in the United States).”
Her mother, born in the 1930s, was an involuntary witness to the deadly period of partition in August 1947, when departing British rulers divided India to create the Muslim nation of Pakistan. “I remember it just being particularly brutal and upsetting to her because she had lots of Muslim friends. And one day, they were gone.”

‘My mother was a caged bird’

Jaffrey’s parents met in India and began acting there, before her mother moved to London to join the Royal Academy of Dramatic Art. “I always think of my mother as being a caged bird, needing to fly out and do exactly what she wanted.”
She then joined Jaffrey’s father who had moved to the US to pursue his own acting ambitions. They got married and eventually settled in Manhattan in the late 1950s.
“There really wasn’t work at the time,” says Jaffrey, 57. Her parents worked odd jobs before they divorced when she was two years old.
Her mother, Madhur, shifted from acting to hosting cookery TV programs and later became an authority on Indian cuisine in the US.
Her father, Saeed, moved to England where job prospects were better for Indian actors.
With roles across British radio, film and television, he became a household name and was the first Asian actor to be made a member of the Order of the British Empire (OBE).
“Because of colonial rule, so many Indians were there. They were way ahead of us (in the US) in terms of understanding Indians.”
Saeed Jaffrey passed away in November 2015 from a brain haemorrhage in London.

‘We wouldn’t see Indians on the street’

Growing up in Manhattan, Jaffrey had far from a typical Indian upbringing. “When I was five, my mother remarried, my stepfather (Sanford Allen, now her adoptive father) is black. I grew up in this black Indian household and with black Indian relatives.”
Her adoptive father made his mark in the New York Philharmonic and remained the “only one (African American musician) till he left after 15 years.” 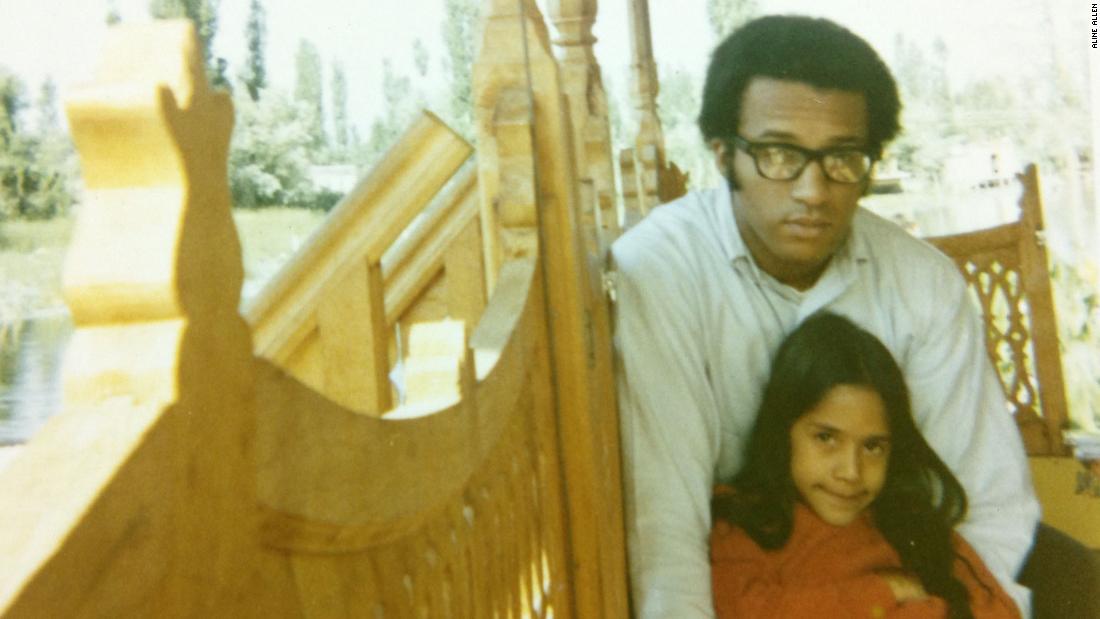 Seeing other Indians was always a pleasant surprise. “In the 1960s, my sisters and I would never see an Indian on the street. And when we did, we ran towards them saying, ‘Oh my God, hello!'”
Sakina, who learned ballet at around age four, attended an empowering private girls’ school “that was trying to produce leaders.” At 15, she decided that acting was the career for her and two years later made her debut in Wallace Sean’s 1979 play “Marie and Bruce”at The Public Theater in New York. 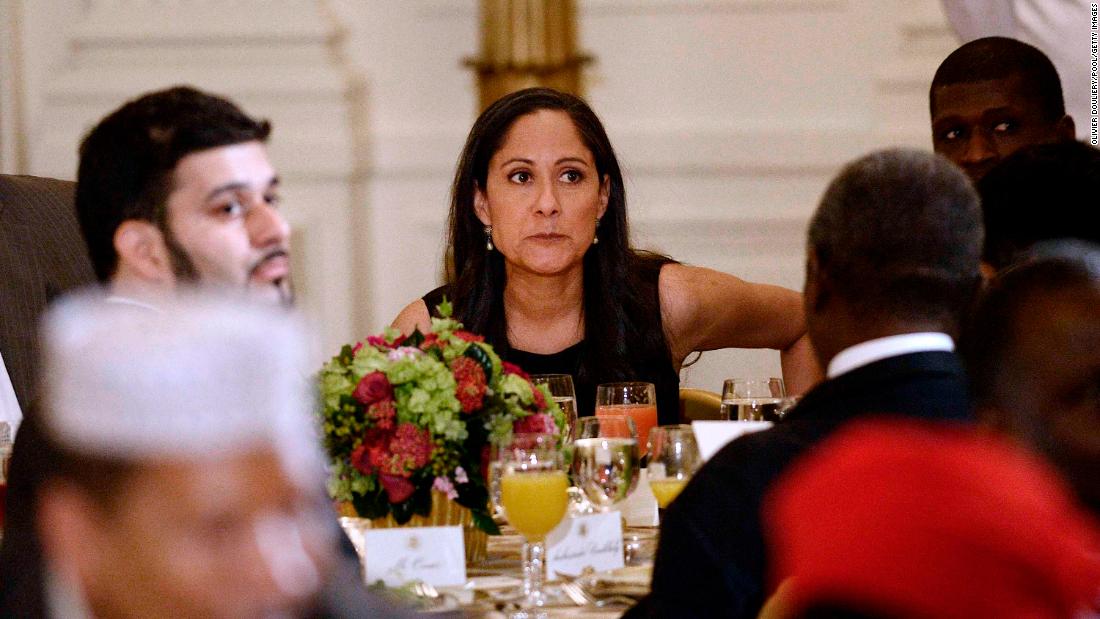 While she scored only small parts in the first 15 years of her career, the work kept coming. And when she played the highest-ranking woman in a president’s inner circle in the “House of Cards,” it didn’t faze her.
“I read as much as I could about anybody who’d been chief of staff. I watched videos of businesswomen, leaders in politics, just to see how they presented themselves.
“She had to be smarter than everybody in that room. And her power came from her mind. So I had to fully know what the heck I was saying.”
Her fellow cast members also motivated her.
“Kevin (Spacey) would just eat you alive if you weren’t prepared. He didn’t suffer fools. I knew I had to bring it, in order to be in the same room with him.” 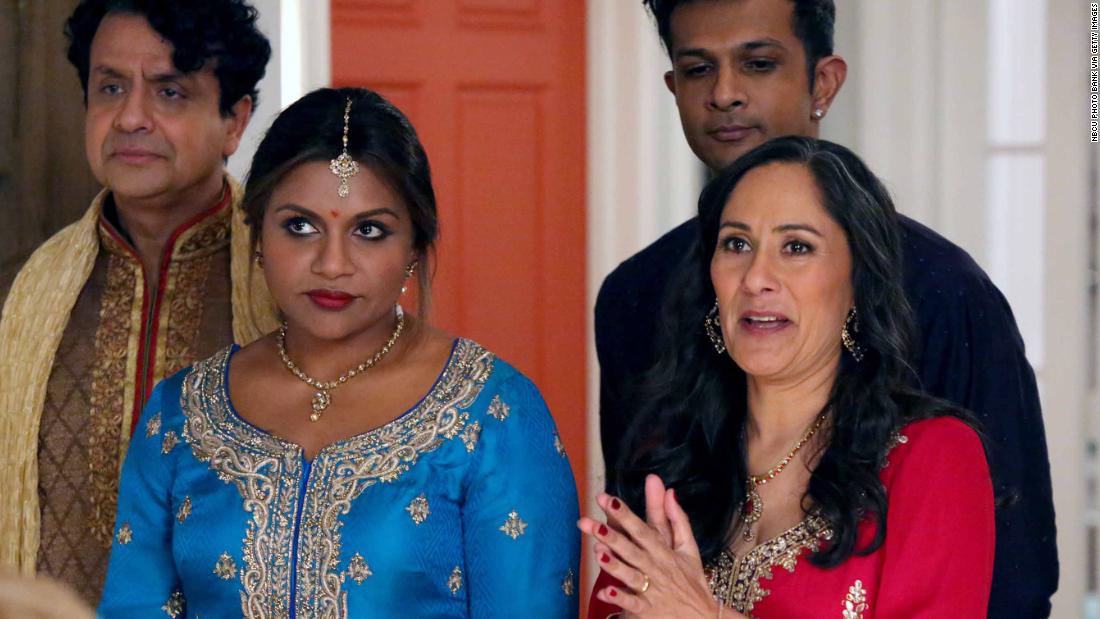 The actress has also starred in the TV series “The Mindy Project” and “Homeland,” among others.
She says there are signs of progress for actors of Indian origin in Hollywood — some younger actors are now being cast in lead roles. But to see more people of Indian origin in Hollywood, she believes there needs to be more Indian writers.
“There aren’t enough Indians telling those stories (about Indians), because right now we’re at a point where people want those stories.
“I think it’s getting so much better. But the simple answer is the writers room.”
But prejudices also exist in everyday life. “If I stand by a cappuccino station too long, somebody will give me their empty cup… That happened just a few weeks ago in Miami… Or I’ll come to a door or be at somebody’s house, and they’ll think I’m the nanny or something. It exists all the time, just based on how you look.”
But she believes, over the years, perceptions have changed. “At least now, people know other Indians. There are Indians who are key people in business, justice, and stars on TV, too. All that has had a profound impact.”
When she visits India, she “feels a sense of family.” But New York has influenced how she sees herself. “I can’t say I feel 100% Indian or 100% American; I always feel 100% a New Yorker.”
Living in a town on the Hudson River in New York with her husband, journalist Francis Wilkinson, and a Great Dane called Biggie Smalls, Jaffrey describes her two grownup children as her greatest achievement.
She focused on her acting only once they were older.
“I’ve been very lucky that I’ve been able to be home with them and raise them, but also do acting projects every year, that didn’t take me away from them for too long.
“Once they got to an age when they really didn’t want me around, I got very busy.”
Sometimes, people are surprised that she’s managed to have a successful career while also raising children.
“I don’t really think women can have it all. But I do think you can get what you need. My mother and father (Allen) have made me think that.”