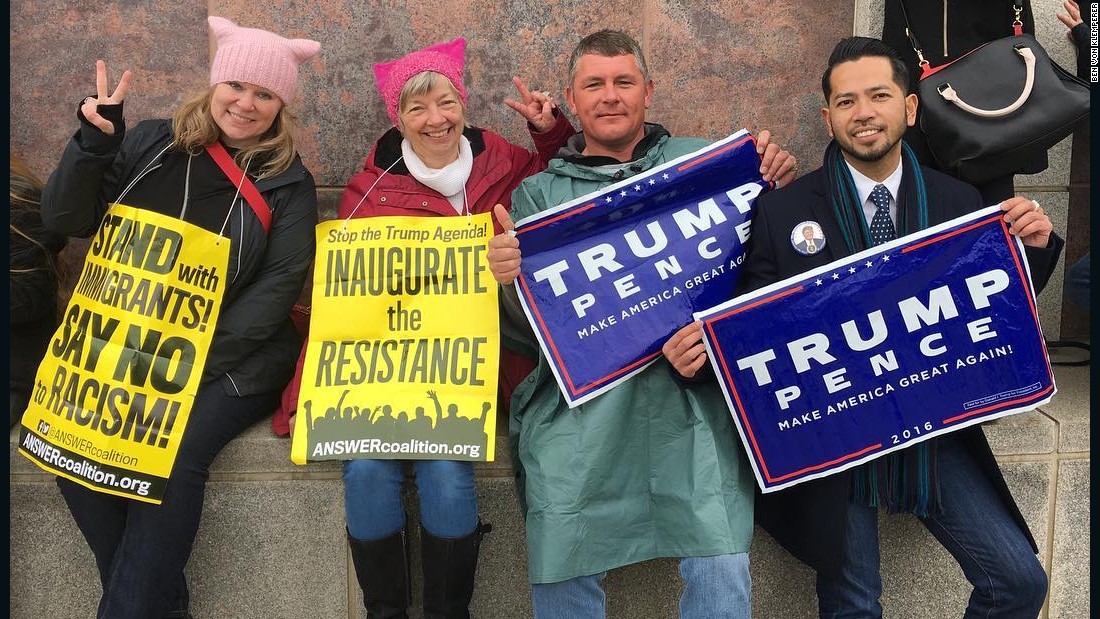 (CNN)Amid the excitement and demonstrations around Washington, a passing professional photographer captured a touching minute of unity shared in between Trump protesters and fans.

While Ben Von Klemperer waited on the inaugural parade, he stopped briefly to take images, finding the protesters and Trump advocates. Von Klemperer stated they were simply hanging out together, in spite of exactly what one would envision would be palpable stress in between the 4.
Scroll back to top
We use cookies to ensure that we give you the best experience on our website. If you continue to use this site we will assume that you are happy with it.I AcceptPrivacy policy