Warren on term limits: They make lawmakers ‘more dependent than ever on the lobbyist’ 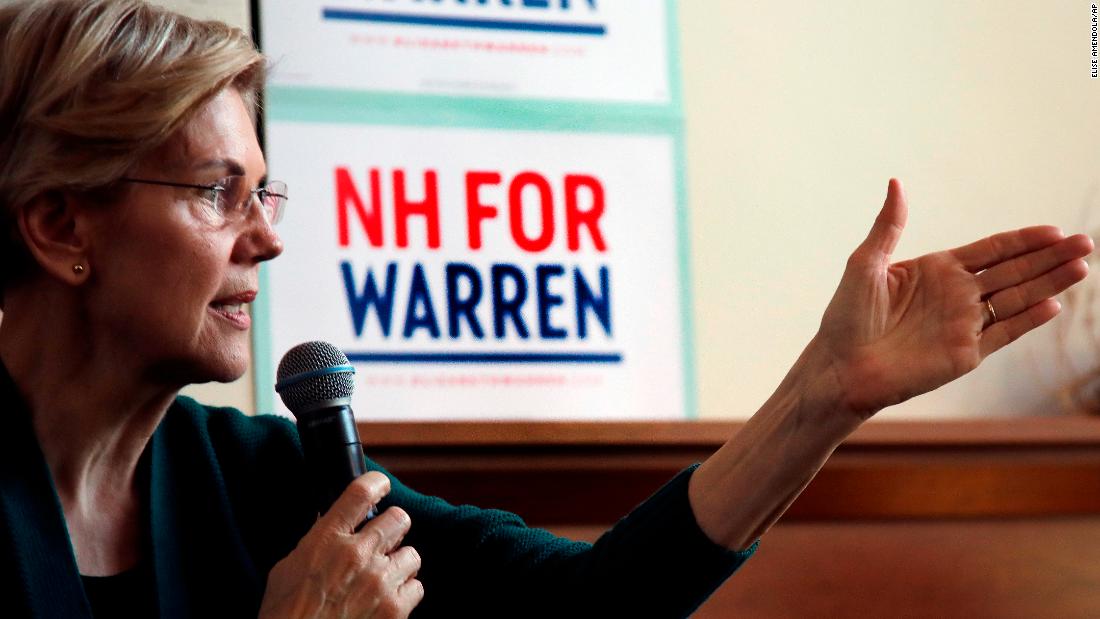 Conway, New Hampshire (CNN)Democratic Massachusetts Sen. Elizabeth Warren said she does not support term limits in Congress while speaking at a town hall in New Hampshire on Sunday.

Warren said that without term limits, she’s been able to use the money she raises during election years for a grassroots campaign in her home state of Massachusetts.
“When I ran in 2018, I wasn’t nearly as dependent because I knew people, people knew me in Massachusetts,” she said. “So instead, I took the money and started building grassroots. We had more paid organizers, so young people, people who’ve never done this before got a chance to become organizers.”
She continued: “And here’s the deal, they not only worked on my campaign and helped me win, and they did, but they’re also out there now to work on my campaign again or to work on other campaigns. To be part of rebuilding democracy.”
Warren, who campaigns on the promise of getting rid of money in politics and improving the economy for the middle class, told the audience of 200 in Conway, New Hampshire, she believes the better option is to “go with the money straight on.”
“We don’t need a constitutional amendment for any part of this,” she added.
Warren spent the weekend campaigning in the Granite State, hosting two town halls and a conversation with locals about the opioids crisis. She also toured a nonprofit books foundation that also makes maple syrup.