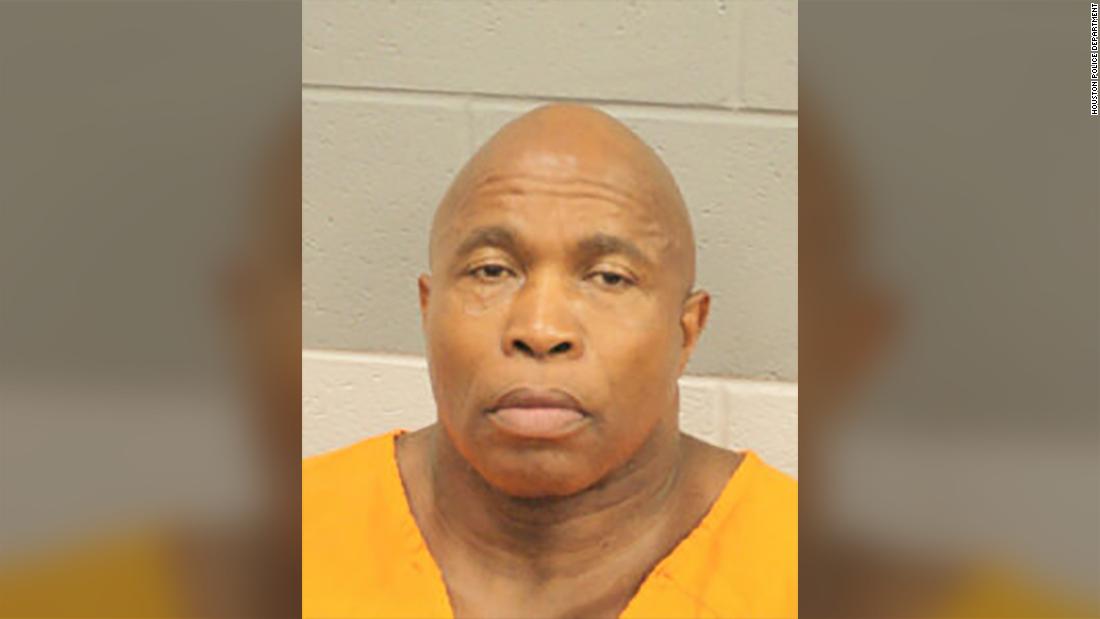 (CNN)Renard Spivey, a sheriff’s deputy in Texas who appeared on a popular TV show, has been charged with murder after his wife was found shot twice in their bedroom closet, according to the criminal complaint.

The 63-year-old told the dispatcher, and later police, that he and his wife had been “tussling” with the gun and he accidentally shot her. Spivey was also shot in the leg and told police his wife had shot him.
“We had been arguing all day,” he told officers.
Spivey was booked into jail on Monday night, according to the Harris County Sheriff’s Office. He was expected to be released Wednesday on a $50,000 bond, his defense attorney Mike DeGeurin said in a phone interview.
“He’s a good person with a great record [with] law enforcement and courtrooms for a long time,” DeGeurin told CNN. “What I know about the case and reading reports is that there was a shooting with a gun in his house and his wife was shot twice and he was shot once in the leg. We’re trying to determine now the order of the shots and what happened.”
Prosecutors had initially asked for bail of $100,000 because they said he was a danger to the community and a flight risk.
Spivey was hired as a detention officer in 1996 and became a deputy in 1998, the Harris County Sheriff’s Office said. Houston is part of the county, located in southeastern Texas.
“The Harris County Sheriff’s Office family extends our sincere condolences to the family of Patricia Spivey as they mourn the loss of their loved one,” Harris County Sheriff Ed Gonzalez said.
“While the facts of this specific case will be determined by a jury, I encourage all victims of domestic violence to seek assistance from law enforcement and others whom they trust.”
“I also ask anyone who suspects a friend or loved one may be the victim of abuse to persist in helping them escape a potentially deadly situation,” he said.

Victim’s brother: The couple had been arguing over drugs and an affair

An autopsy determined Patricia Spivey had been shot twice. One of the bullets had gone through her right arm.
“Once the bullet went through her arm, causing the bone to break, the arm would be incapable of use,” the complaint said, regarding observations from the medical examiner.
The examiner also noted the woman had “minor bruising around her wrists.”
The complaint also notes Renard Spivey appears to beright-hand dominant and he was shot through his left thigh area.
“Evidence indicated that three shots were fired in the closet, and (Patricia Spivey) was shot twice, which is inconsistent with (Renard Spivey’s) statement that he ‘accidentally’ shot [Patricia Spivey] and that the firearm ‘accidentally’ discharging during a struggle” between the two, the complaint says.
Spivey next court date will be Friday.
“We think a lot of him and he’s a good person and he’s facing an accusation he’s got to deal with,” DeGeurin said.