WH: No mention of Jews on Holocaust Remembrance Day because others were killed too 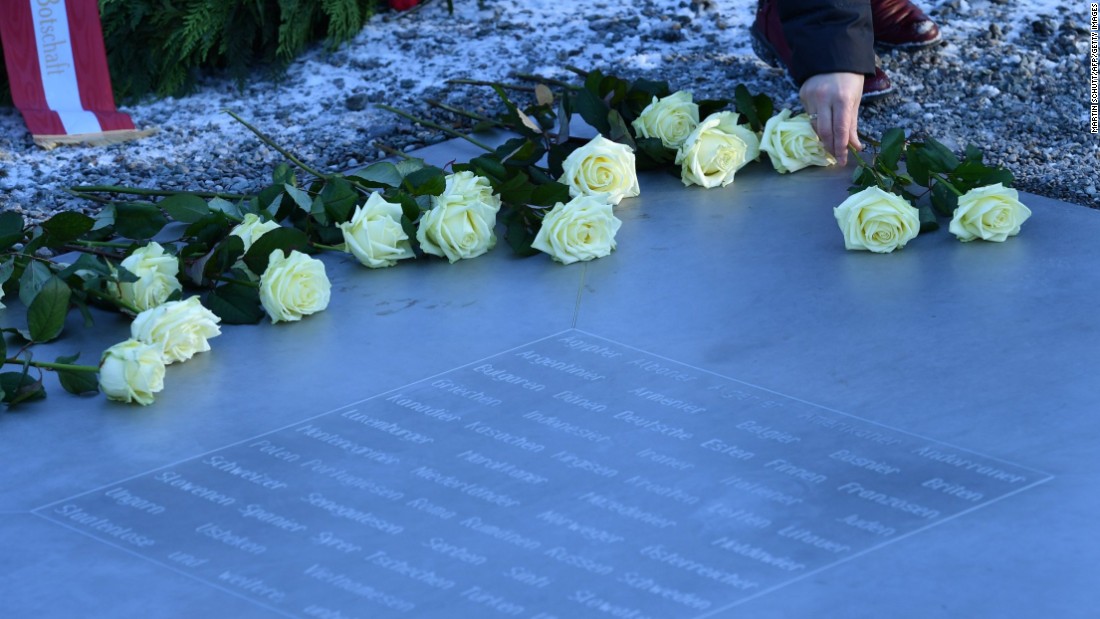 Washington (CNN)The White House statement on International Holocaust Remembrance Day didn’t mention Jews or anti-Semitism because “despite what the media reports, we are an incredibly inclusive group and we took into account all of those who suffered,” administration spokeswoman Hope Hicks told CNN on Saturday.

Hicks provided a link to a Huffington Post UK story noting that while 6 million Jews were killed by the Nazis, 5 million others were also slaughtered during Adolf Hitler’s genocide, including “priests, gypsies, people with mental or physical disabilities, communists, trade unionists, Jehovah’s Witnesses, anarchists, Poles and other Slavic peoples, and resistance fighters.”
Asked if the White House was suggesting President Donald Trump didn’t mention Jews as victims of the Holocaust because he didn’t want to offend the other people the Nazis targeted and killed, Hicks replied, “it was our honor to issue a statement in remembrance of this important day.”
The presidential reference to the “innocent people” victimized by the Nazis without a mention of Jews or anti-Semitism by the White House on International Holocaust Remembrance Day was a stark contrast to statements by former Presidents George W. Bush and Barack Obama.
Anti-Defamation League Director Jonathan Greenblatt tweeted that the “@WhiteHouse statement on #HolocaustMemorialDay, misses that it was six million Jews who perished, not just ‘innocent people'” and “Puzzling and troubling @WhiteHouse #HolocaustMemorialDay stmt has no mention of Jews. GOP and Dem. presidents have done so in the past.”
Asked about the White House explanation that the President didn’t want to exclude any of the other groups Nazis killed by specifically mentioning Jews, Greenblatt told CNN that the United Nations established International Holocaust Remembrance Day not only because of Holocaust denial but also because so many countries — Iran, Russia, Poland, and Hungary, for example — specifically refuse to acknowledge Hitler’s attempt to exterminate Jews, “opting instead to talk about generic suffering rather than recognizing this catastrophic incident for what is was: the intended genocide of the Jewish people.”
Downplaying or disregarding the degree to which Jews were targeted for elimination during the Holocaust is a common theme of nationalist movements like those seen in Russia and Eastern Europe, Greenblatt said.
Initially, after being asked about the ADL criticism and the omission of any mention of Jews or anti-Semitism, Hicks provided a statement from Ronald Lauder of the World Jewish Congress that seemed to criticize Greenblatt and the ADL.
“It does no honor to the millions of Jews murdered in the Holocaust to play politics with their memory,” the Lauder statement read in part. “Any fair reading of the White House statement today on the International Holocaust Memorial Day will see it appropriately commemorates the suffering and the heroism that mark that dark chapter in modern history.”