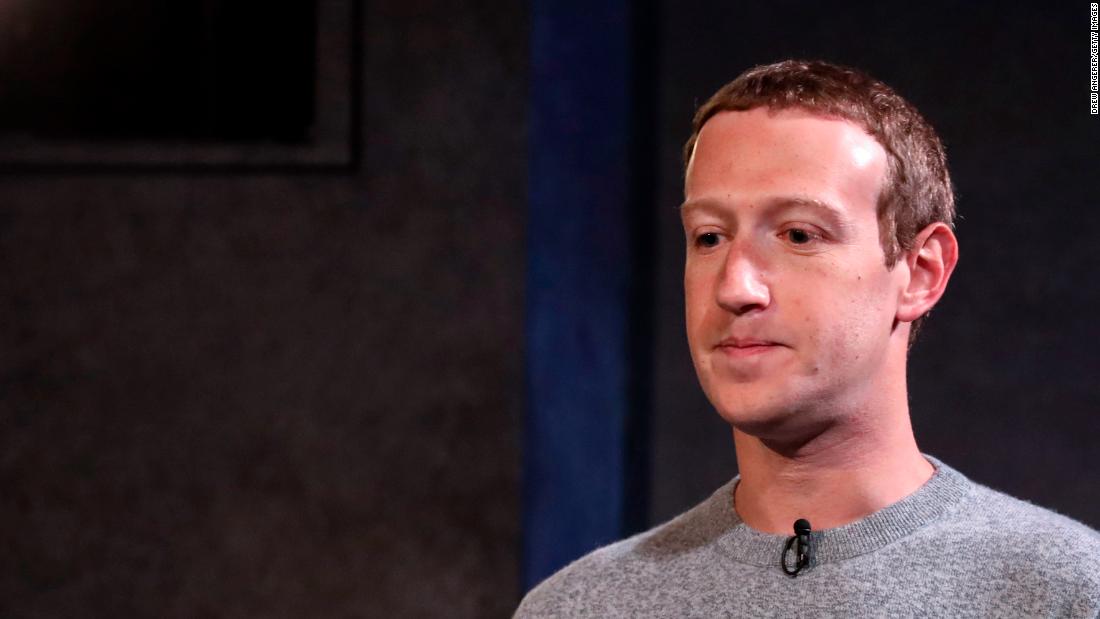 Fresh from his grilling by the House Financial Services Committee,Facebook founder Mark Zuckerberg arrived at the Paley Center for Media in New York Friday to announce Facebook News, which will curate “high quality”news and information using a combination of both humans and algorithms.

Facebook will pay some publishers millions of dollars a year for access to theirjournalism. It will include an all-star lineup of what Facebook referred to as trusted sources, including CNN, the Wall Street Journal, the Washington Post, BuzzFeed News, Bloomberg, Fox Business, Business Insider, NPR, the Boston Globe and the LA Times, to name a few. (Facebook also deemed far-right web site Breitbart as a trusted source, which has sparked some controversy).
After years of losing advertisers and readers to the social media platform, the larger publishing industry is undoubtedly excited to be getting paid for its content. Plus, they will finally have access to Facebook’s two billion users and steady revenue. But there will likely be some major collateral damage as a result of this deal: The likely obliteration of local news.
Newsaggregation seems to be all the rage right now. Last week, CNN announced it would launch a digital news service to compete with Facebook and Apple News, and pay news organizations to carry their content. A few months ago, News Corp. announceda similar product called Knewz.
As other news aggregators come to market, it is hard to see why they would have a business motivation to lift up local reporting when shiny national and international brands will be able to fill their feeds with a steady stream of rich, high-quality content that clicks. Readers stay where they can experience a variety of intelligent and compelling content.Aggregators offering such an experience will be able to gather information about the reader the longer they stay, much like Facebook has done for years.
If these news feeds are able to reward smaller news outlets by sharing revenue gains when a local reporting team breaksa big story on toxic schools in Philadelphia or medical insurance fraud in Dallas, then this could work for all news organizations. But to date, the digital transformation has slaughtered local journalism.
The Save Journalism Project reports that more than 7,200 media professionals have lost their jobs in 2019, newsrooms have declined in size by 45% over the past 10 years and 60% of US counties have no local newspaper.
News deserts abound as a result. More than 500 of the 1,800 newspapers that have closed or merged since 2004 were in rural communities, according toa 2018 report from Penny Abernathy, the Knight Chair in Journalism and Digital Media Economics at the University of North Carolina. Pew Research reported that 47% of US adults say “the local news they get mostly covers an area other than where they live.” Rural America suffers most as news outlets shutter. In the approaching election year, that seems deeply concerning.
Newsrooms that covered city hall, rogue developments, the people in a community, the local fabric and served as everyday watchdogshave been unable to survive the digital change. I am not talking about the fabled legacy brands that have been thankfully resuscitated and turned digital by wealthy philanthropists like the LA Times, the Boston Globe, the Philadelphia Inquirer and the Washington Post. They will likely survive and prosper with this new aggregation model. It’s the other 2,000-plus cities and towns in America with no newsroom left to cover them that I worry about.
This summer, I wrote a paper on local news for the Harvard Kennedy School titled Emerging Models in Local News, which found that digital transformation of local news was happening most where a billionaire owner had stepped in.While there are signs of hope, such as the Minneapolis Star Tribune, the Boston Globe, the LA Times and smaller digital upstarts, like the Richland Source and Texas Tribune, they are far from robust and mostly clustered in thriving cities with the greatest wealth.

Facebook’s Libra cryptocurrency is a tool for empowerment. Not a threat

I’m developing AI that can read emotions. It’s not as creepy as you think.

Facebook started 2019 by announcing a $300 million commitment to invest in helping publishers build their readership and subscription models. Advocates for local news will continue to watch closely to see whether Zuckerberg willkeep his promise “to focus especially on local news,” as he wrote in the New York Times last week.
The irony is that if Zuckerberg’s promise is to ensure local news finds eyeballs, there have to actually be local news outlets to aggregate. I would like to see Facebook commit to a ratio model whereitsubsidizes a certain number of trained journalists at a local newspaper or local NPR station based on the size of that area’s population.
Local news owners, including the planned Gannett/GateHouse merger, local television stations and NPR affiliates, with their existing footing in their communities and deep understanding of its history and people, are our last hope. Aggregators like Facebook, CNN and News Corp. need to find a way to make sure local news prospers alongside the national media outlets.