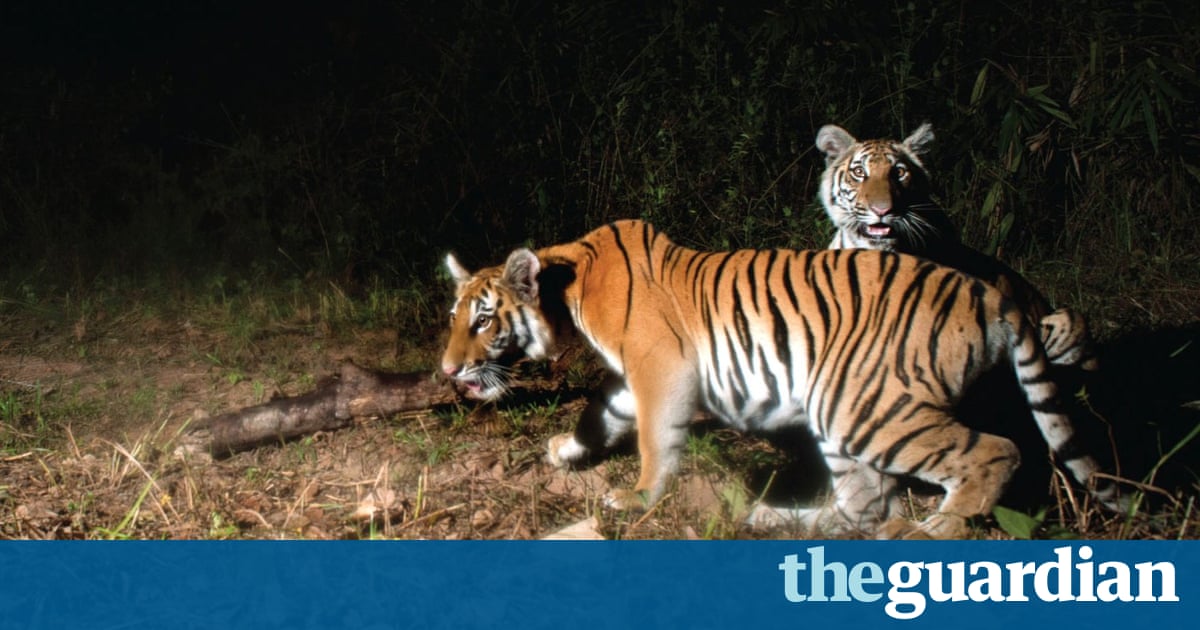 Hope for critically endangered cats as only 221 Indochinese tigers, which once ranged across much of Asia, are thought to remain in Thailand and Myanmar

Conservationists say they have evidence the critically endangered Indochinese tiger is breeding in a Thai jungle, giving hope for the survival of an animal whose total population may be only a little over 200.

Thailands conservation authorities, along with two private organisations, have announced photographs of new tiger cubs in eastern Thailand, supporting a scientific survey that confirmed the existence of the worlds second breeding population.

The other breeding ground is in the Huai Kha Khaeng wildlife sanctuary in western Thailand.

The Thai agency, along with Freeland, an organisation fighting human and animal trafficking, and Panthera, a wild cat conservation group, said only 221 Indochinese tigers were estimated to remain in two Asian countries, Thailand and Myanmar.

It is feared that tigers, which once ranged across much of Asia, are now all but extinct in southern China, Cambodia, Laos, Vietnam and much of Myanmar, the groups said in a joint statement. Indochinese tigers are smaller than the better-known Bengal and Siberian tigers.