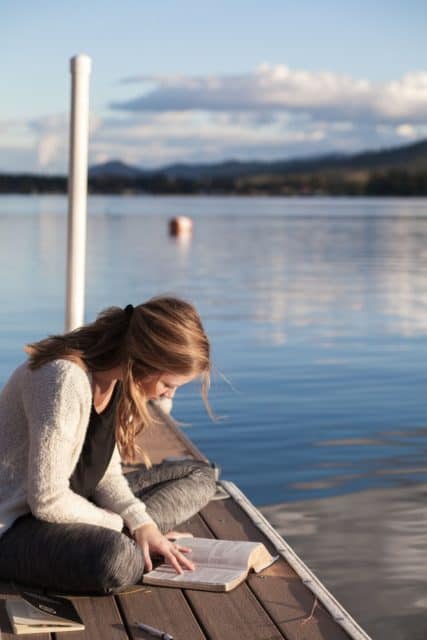 With September finally here, it’s time to break out some stories that can make you feel as if you’re in another world. Here’s our picks of books to read that are full of self-discovery and help break you away from the odd world of 2020.  Even if just for a little while!

After three years of being in an arranged marriage to tech executive Sanjay, Tara leaves her home in India for the American South to live with him. However, things aren’t always as they seem, and her marriage with Sanjay becomes abusive. Tara is then forced to relive deep-seated childhood trauma. When she is finally able to break free,, Tara finds herself and even reconnects and marries a childhood friend, Cyrus Saldanha. Everything is going well for Tara and Cyrus, but when old fears reemerge she must confront them in order to save her marriage and herself.  Purple Lotus is a story of  self-discovery, healing and a journey to finding true happiness.

Elliot Reed is trying to make the most at her new job as the Strategic Communications Manager for the Denver Mustangs. Things are going well until star quarterback, Quinton Howard Jr. takes a knee during the national anthem. Quinton is the son of a former athlete and knows the good, the bad, and the ugly about football, and as a recognizable figure, he wants to change it for the better. Being assigned to manage Quinton, he and Elliot get off on the wrong foot, but as their jobs force them to spend time together, they learn they have a lot in common. With her job and his integrity on the line, this is a coin toss no one will win.

Toward That Which is Beautiful by Marian O’Shea Wernicke

After realizing her feelings for the Irish priest she has been working for, Katherine (Kate), a young nun, runs away from her convent while with them in Peru. With no money, a place to stay, or a place to go, Katherine encounters a variety of interesting characters while on her dangerous eight-day journey in Peru that eventually leads the young nun toward an unexpected path of self-discovery. In book three of the Witches of Orkney series, Abigail Tarkana is back and ready for more adventures at the Tarkana Academy. However, Abigail’s second year at the academy has been far from ideal. The young witch unwittingly helped he-witch and alchemist, Vertulious, break Odin’s stone to restore his powers. Now, the threat of war looms over the Orkadians, and it is up to Abigail and Hugo to set things right by tracking down the god of thunder, Thor, and asking him for his hammer. Sounds simple enough, right?

Caley Cross and the Hadeon Drop by Jeff Rosen

Caley Cross is not an ordinary thirteen-year-old girl, and even she knows it. Her first clue? The ability to create zombie animals. However, even she didn’t expect to be taken far to the land of Erinath, where she is told she is the Crown Princess. In Erinath, Caley learns that people have “baests” living inside them that grants them animal-like powers, but Caley’s baest ends up being an ancient monster that can swallow planets. While Caley adjusts to Erinath and makes friends, she learns about the “Watcher,” Olpheist, an evil and powerful man who killed her mother and now seeks to retrieve something from Casey that will give him a lot of power.

In a future where women are not allowed to learn, work, make music, or be free, an eight-year-old Dinah Lace hears something she thought she would never hear in Gotham City, which has been overrun by the patriarchal Court of Owls– a girl singing. Now, at seventeen years old, Dinah cannot forget the haunting sound and realizes that her voice is just as powerful. However, singing is a death sentence, and now Dinah struggles with her father’s wanting to keep her safe, her crush on classmate Oliver Queen, and her overall need to help other women. Can Dinah’s voice stop the Court of Owls?

Memories in the Drift by Melissa Payne

Ten years ago, Claire Hines, a thirty-six-year-old woman, lost her unborn child and her short-term memory after a tragic accident. Claire now goes through her everyday life with to-do lists, calendars, fragments of her past, and her father and friends’ support. Just when Claire comes to terms with not having the ability to remember anything and being okay with forgetting some things, her mother and ex-boyfriend Tate come back into the picture. Claire will not only be forced to remember and relive the past, Claire realizes the most important thing maybe not to recreate the person she was, but instead embrace the person she can be.

The Last Story of Mina Lee by Nancy Jooyoun Kim

When her mother, Mina, is not returning her calls, twenty-six-year-old Margot Lee visits her old childhood apartment in Koreatown. There, Margot finds that her mother has died under questionable circumstances. Margot begins digging through her mother’s past only to find she knew little about her single, immigrant, Korean War orphan mother. Entwined with Margot’s present-day investigation is her mother’s past.  Margot learns about her mother’s first year in America working at a Korean grocery store, struggling to make ends meet, and even finding love that would eventually set into motion consequences that lead up to her death and reveal what happened to her on that night. So We Can Glow by Leesa Cross-Smith

Forty-two stories live inside this novel, and they expose the lives of women who are currently living in moments of rage, desire, obsessiveness, helplessness, and fantasy. The time frames range from the 80s, 90s, all the way until the present day. Filled with nostalgic stories about teenagerhood, motherhood, and womanhood, So We Can Glow is sure to catch different women’s souls and show them in the light.

The Peculiar Fate of Holly Banks by Julie Valerie

Holly Banks is back in book two of the Village of Primm series, and is still struggling. She’s dealing with her husband and his new job, a daughter who is having a hard time learning to read, and a mother who’s on the dating circuit. When her dog digs up an interesting item in Primm’s village center, it becomes a media-attention mystery. And Holly’s not looking for more to worry about. She’s trying to launch a business, prepare her film script for submission, and still get fully unpacked. Can Holly handle the stress of it all?

Grab some coffee or cocoa, some great books to read, and zone out for an evening or weekend!