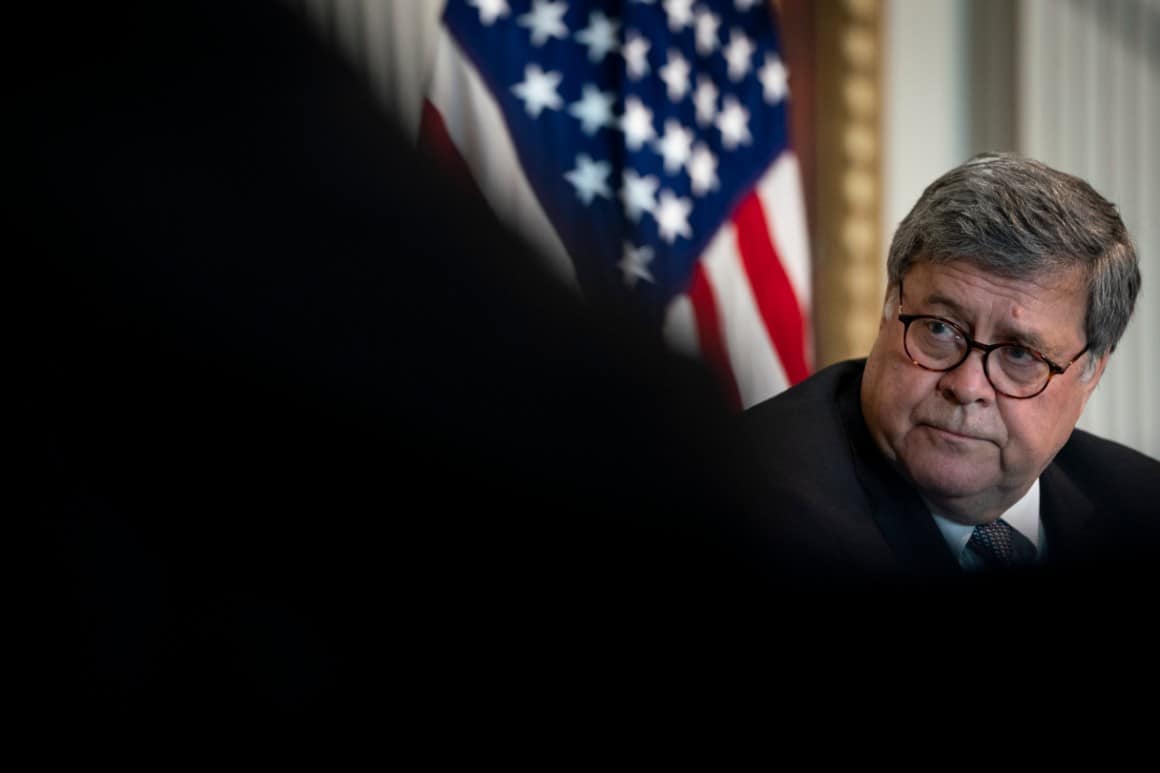 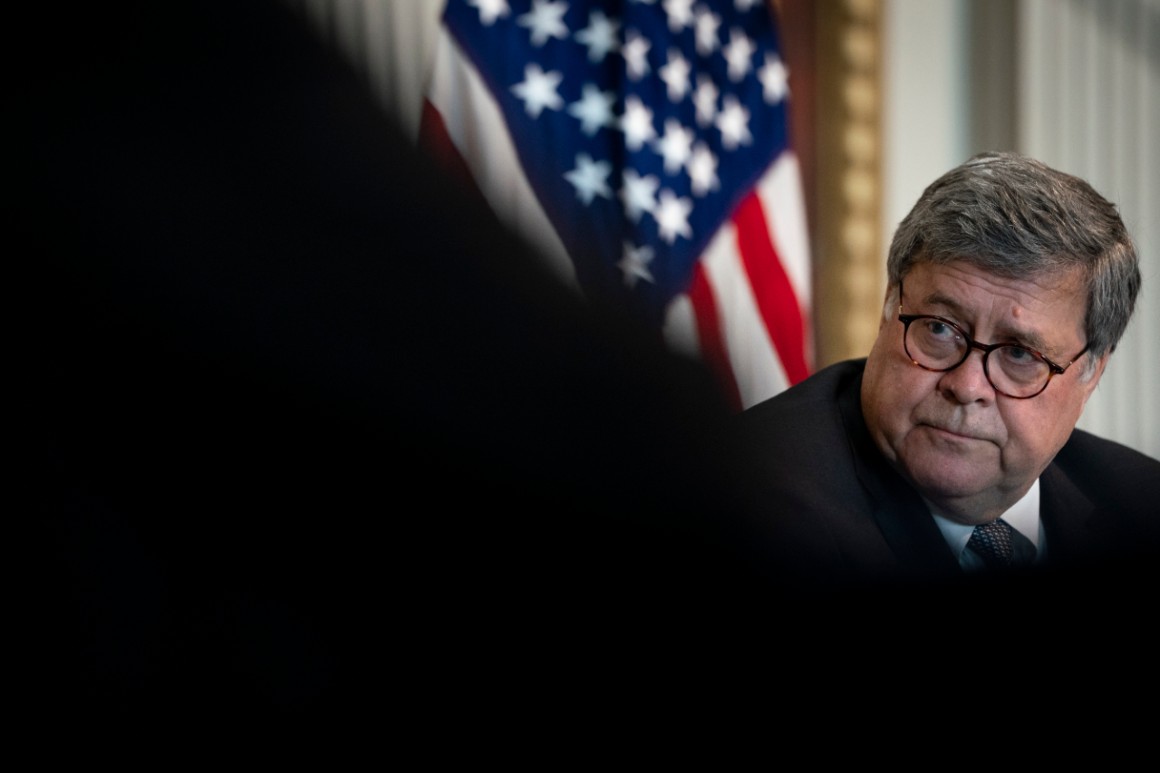 Attorney General William Barr on Wednesday defended the Justice Department’s move to intervene in a defamation suit brought by a writer who claims President Donald Trump raped her in a department store dressing room 25 years ago, calling the move a “normal application” of a statute known as the Westfall Act.

Calling case law on the subject “crystal clear,” Barr asserted during a news conference in Chicago that the statute allows for the federal government to take over Trump’s legal defense in the case, a move that could potentially shut down the case, because Trump was acting in the scope of his role as president when he denied the claims from E. Jean Carroll, a New York-based advice columnist.

In one such case, Barr said, the D.C. Circuit Court of Appeals ruled in favor of a congressman sued for slander, arguing that because “we are a representative democracy, officials who are elected and answer press questions while they’re in office — even if those questions relate to their personal activity and can bear upon their personal fitness — is in fact in the course of federal employment and can be therefore certified under the Westfall Act.”

Barr said both of Trump’s predecessors, former presidents George W. Bush and Barack Obama, had invoked the legal process to have the Justice Department defend lawsuits against them while they were in office, as had former Vice President Dick Cheney.

Tuesday’s motion by the Justice Department was denounced as “shocking” by Carroll’s attorney, who said in a statement that the legal maneuver “offends me as a lawyer, and offends me even more as a citizen.”

Carroll claimed last year that she ran into Trump in a New York department store in 1995 or 1996, and agreed to help the then-Manhattan real estate mogul pick out a gift. Carroll said the two ended up in a dressing room in the store’s lingerie section where Trump assaulted and raped her.

The president issued several denials of Carroll’s accusations, including telling a media outlet Carroll is “not my type” and a written statement in which he insisted he’d never met her, despite the existence of a photo of the two together.

The Justice Department’s intervention in the case on behalf of Trump moved the suit from state court in New York to federal court and came ahead of a deadline the president’s legal team faced to appeal a ruling from a New York judge that required Trump to sit for a deposition and provide a DNA sample for the case. If the move to federal court is upheld, that ruling would be scrapped.

In a certification justifying the move, a career DOJ attorney who oversees the defense of tort cases for the federal government suggested that new facts had come to light that led to the decision.

“On the basis of information now available with respect to the incidents alleged in the complaint … Defendant Donald J. Trump was acting within the scope of his office as President of the United States at the time of the alleged conduct,” Civil Division Torts Branch Director James Tuohey Jr. wrote.