The post National Symbols of India appeared first on Edsys.

National symbols of the Republic of India including the national bird, animal, flag, fruit, and tree portray the culture and tradition of the country.

For any country, its national symbols represent the nation’s culture and nature.

The Republic of India also has certain official national symbols such as national flag, flower, bird, animal, currency, river and more. These symbols highlight the unique characteristics of the nation.

Here’s a list of certain national symbols of India

It was just 24 days before the Independence declaration, on 22 July 1947 that the Constituent Assembly meeting adopted the country’s National Flag in its actual form.

While the saffron color in the top band point towards the strength and bravery of the nation, the white band in the middle indicates peace and truth with Dharma Chakra and the green band highlights the fertility, growth, and auspiciousness of the soil. 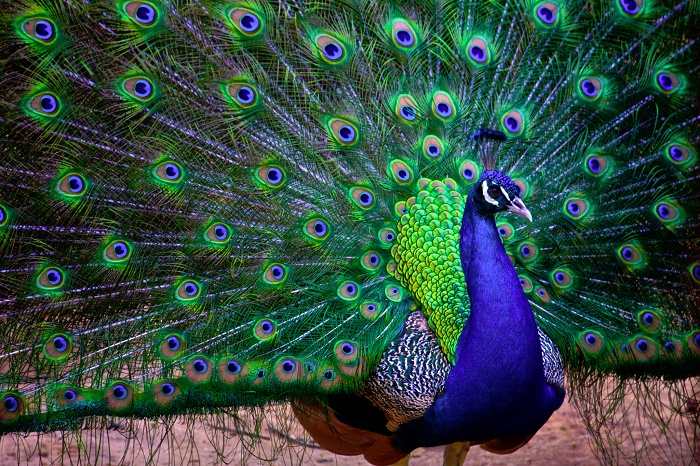 Also known as peafowl, Indian peacock was declared as the country’s national bird in 1963.

The declaration was mainly because of the bird’s involvement in the country’s traditions.

Ideal to be described as a bird of beauty with its attractive feathers and lovely colors, the male bird is more attractive than the female one.

Protected under the Indian Wildlife Protection Act of 1972, its scientific name is Pavo Cristatus.

Other birds considered for the reputation includes the Great Indian Bustard, the Sarus crane, the “Garuda” and the Swan. 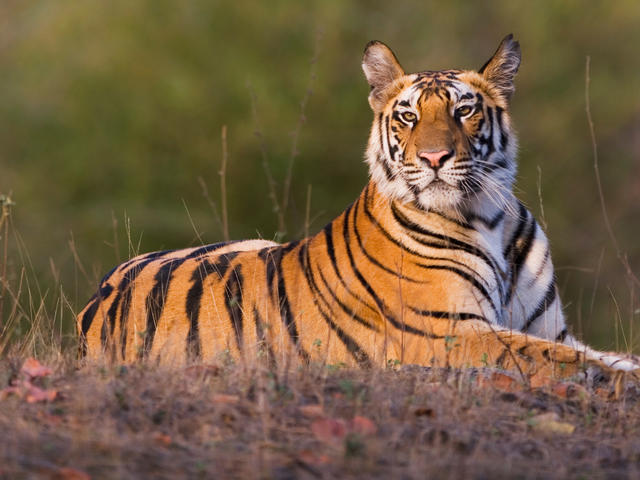 It was in 1973, after the initiation of the Project Tiger, Royal Bengal Tiger declared as the National animal of India.

Well-known as the “Lord of the Jungle”, the tiger represents the power, quickness, and authority. 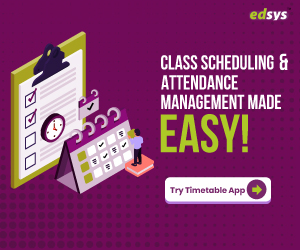 Its scientific name is Panthera Tigris, Linnaeus. Before 1973, the lion was considered as a national animal. 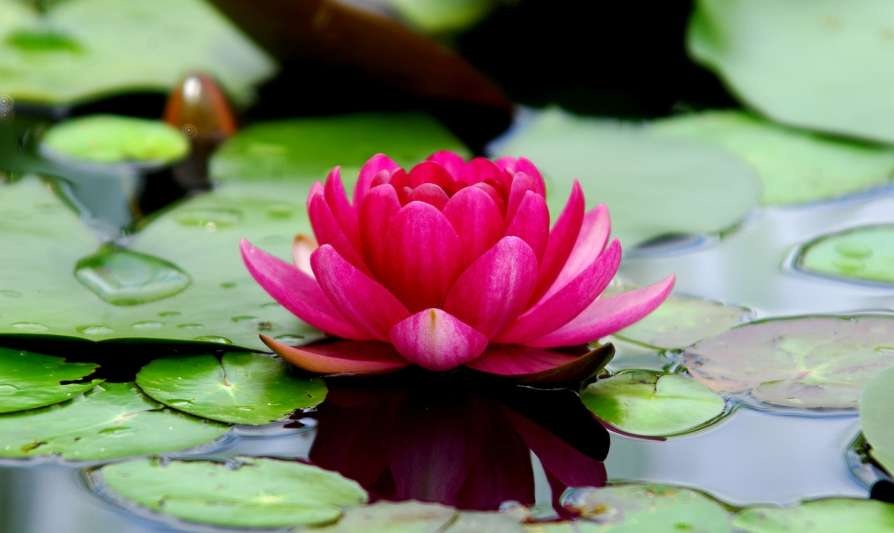 Scientifically named as Nelumbo Nucifera Gaertn, lotus is the National Flower of India.

The traditional symbol of knowledge, wealth and beauty and also considered as the flower of goddess Laxmi, this sacred flower has its own key role to play in the ancient Indian mythology and culture.

This aquatic herb is also referred to as ‘Padma’ in the Sanskrit language. Its long stems and floating flowers and leaves are unique when compared to other flowers. 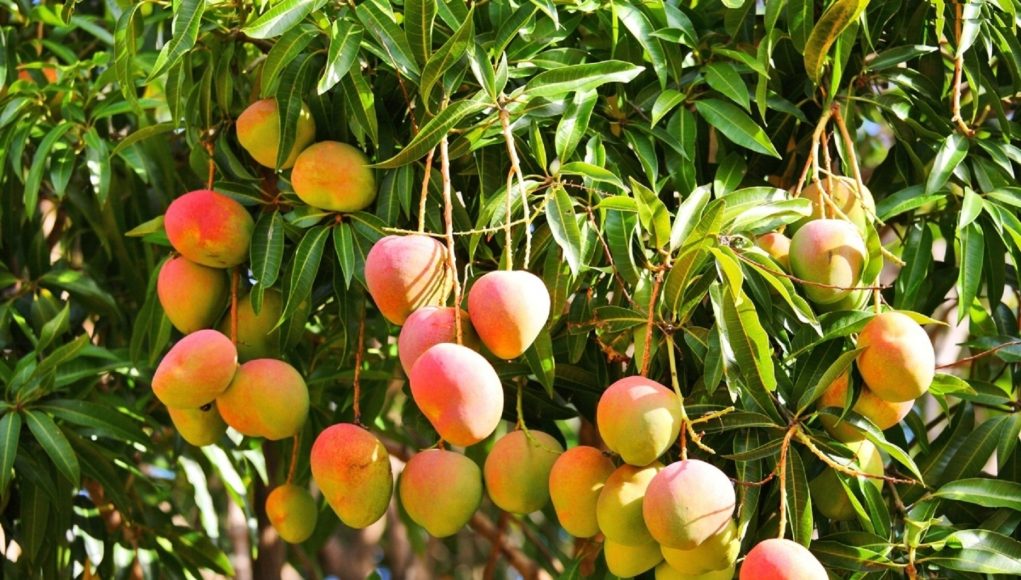 Known as the “King of Fruits”, mango is India’s national fruit. Native to India, mangoes are the widely cultivated fruits of the tropical world.

It belongs to the species – Mangifera indica. Rich in vitamins A, C, and D, there are over 100 varieties of mangoes in the country.

There are mentions about this fruit in history too. It has been said that the Greek King Alexander the Great and Chinese pilgrim Hieun Tsang have tasted it.

It is also said that the famous poet Kalidasa has sung its praises. 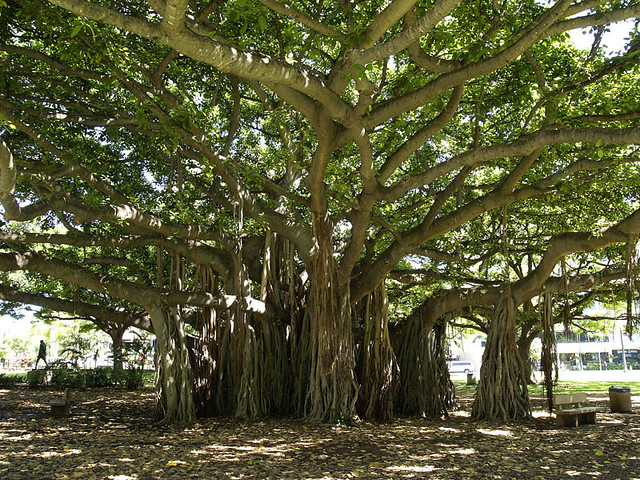 One of the largest trees in the world, the banyan tree is scientifically named as Ficus bengalensis and is known as ‘Kalpa Vriksha’ in Indian Hindu philosophy.


This tree is also well known for its medicinal benefits. Considered as immortal in Indian myth, the banyan tree has its religious significance and the tree has widest reaching roots, expanding branches and elliptical shaped leaves. It has a very long lifespan and serves as a shelter for many different kinds of animals and birds. 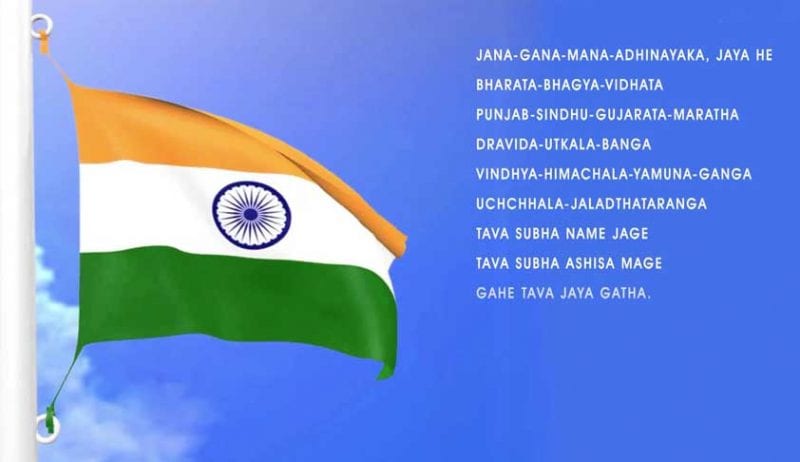 The song was first sung in the Indian National Congress’ Calcutta session on December 27, 1911. Composed with five stanzas, the national anthem takes fifty-two seconds to sing. At the same time, a shortened version of the song takes only about 20 seconds to play. 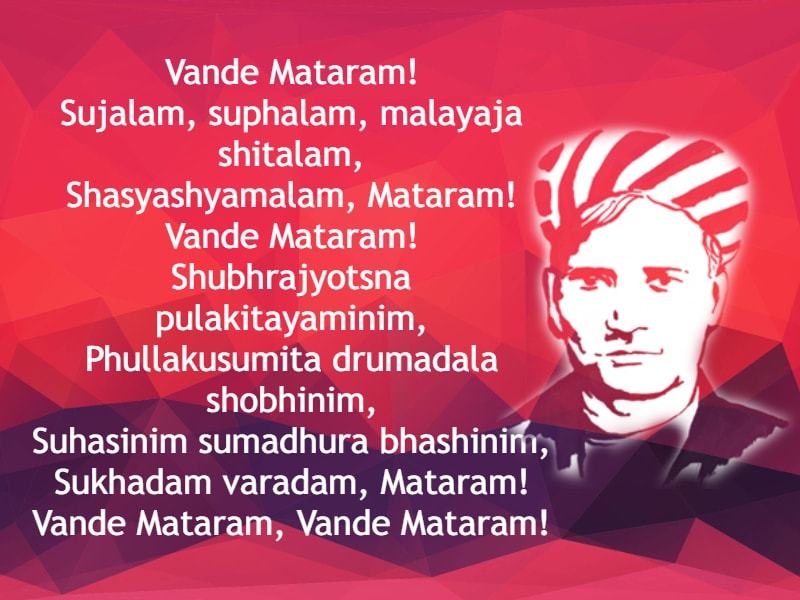 A Bangla song by Bankim Chandra Chatterjee, “Vande Mataram” was a source of inspiration during the freedom struggle.

The song was included in Chatterjee’s novel Anandamath. The novel was published as a series in the Bengali magazine named ‘Banga Darshan’ during 1880 – 1882. 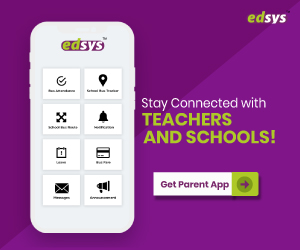 However, the verses of the song were written in the Sanskrit language. One thing to note is that the poem was written before he wrote the novel. 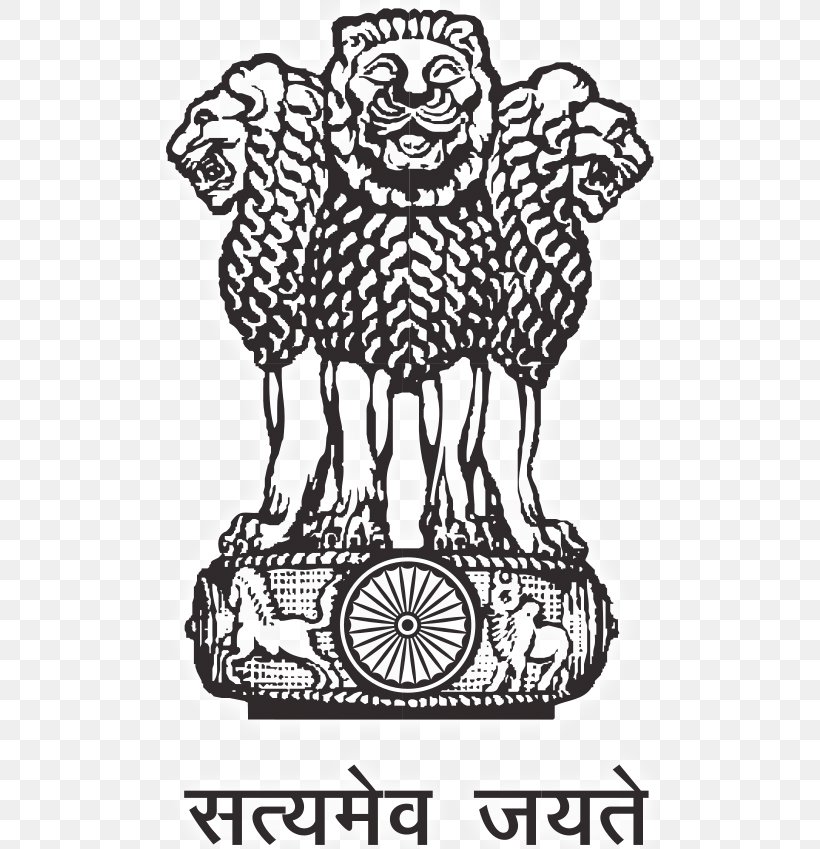 At the bottom of this emblem are a horse and a bull with wheel Dharma chakra at the centre, just like in the national flag.

In the current version, which was officially adopted on 26 January 1950, only three lions are visible and the fourth one is hidden from view.

The emblem also makes the part of all official Indian government documents, including letterheads, currencies, passports and more. 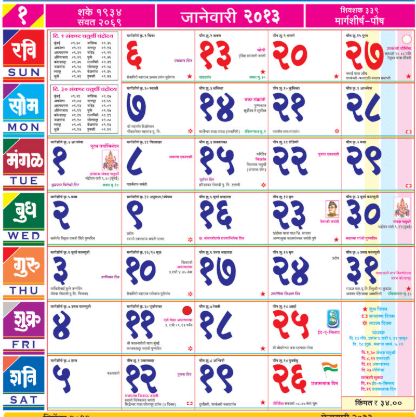 India’s official calendar is Saka Calendar that follows the signs of the tropical zodiac.

Chaitra is the first month in the calendar and it is based on the Saka Era. Other months are Vaishakha, Jyeshtha, Ashadha,    Shravana, Bhadra, Ashwin, Kartika, Agrahayana, Pausha, Magha and Phalguna.

Adopted from 22 March 1957 this calendar has normal 365 days and 12 months as in Gregorian calendar. All official India Government calendars, documents, and timetables follow the Saka Calendar dates.

Also, the coins are issued of one rupee, two rupees, five rupees, and ten rupees. In 2010, D. Udaya Kumar designed a new rupee sign, which has been derived from the Devanagari consonant “र”and the capital letter R. Before the adoption of this symbol, Indian rupee was commonly referred to as Rs, Re or rupees. 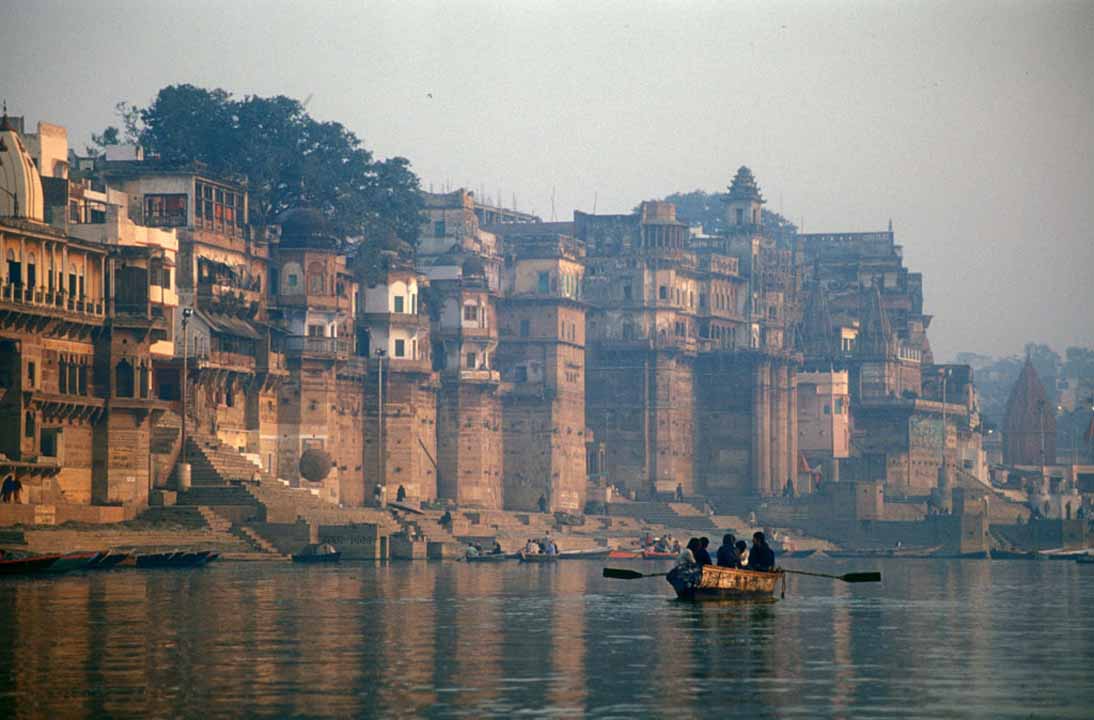 Referred to as the most sacred river to Hindus, Ganga or Ganges was declared as the country’s national river in November 2008.

Along with this declaration, the government under Prime Minister’s leadership also arranged a Ganga River Basin Authority to protect this ancient river from pollution and other dreadful conditions.


This authority serves as a relief to this holy river, which is getting dirtier and polluted day by day.

In Hindu mythology, this river is also associated with Goddess Ganga. 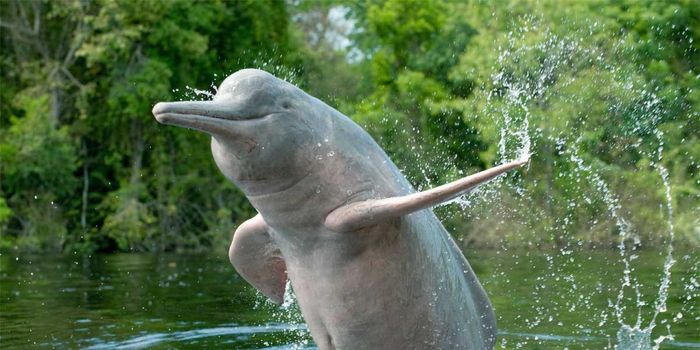 The Ganges River Dolphin is an endangered species of freshwater dolphins. Locally known as “Susu”, these aquatic animals are found in the Ganges and Brahmaputra in India.

They are also found in Karnaphuli- Sangu and Meghna river streams of Nepal. The river dolphin was declared as the national aquatic animal in an effort to protect it from extinction. This dolphin is also known as side swimming dolphin and blind dolphin. 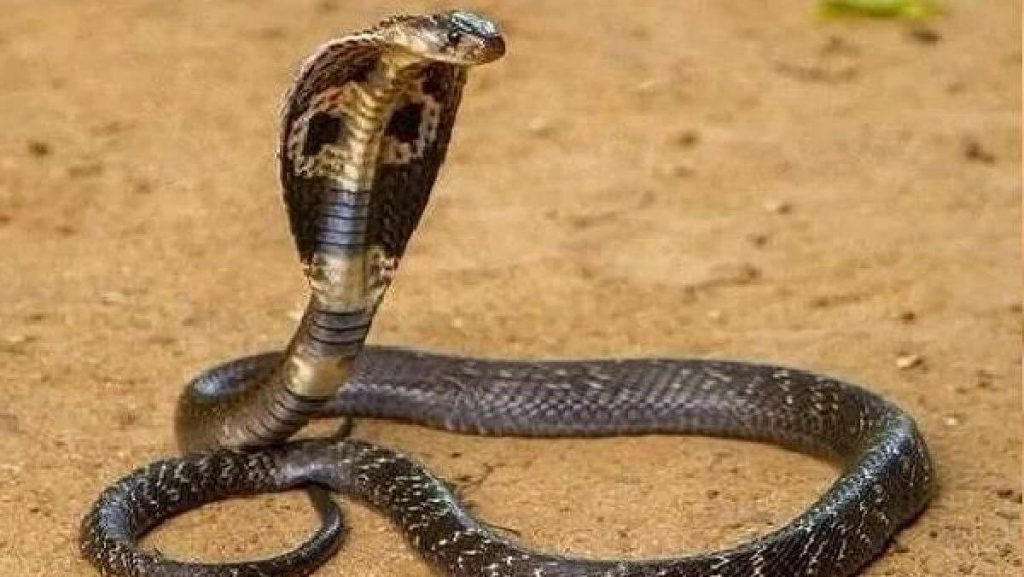 King Cobra is declared as the national reptile of India. It is one of the most venomous snakes in the world. This snake is found almost everywhere in the country.

It has great significance because it is associated with the rise of Kundalini energy, which is the basis of spiritual practices. Also, Lord Shiva worshipped by many Indians is depicted with a snake around the neck. 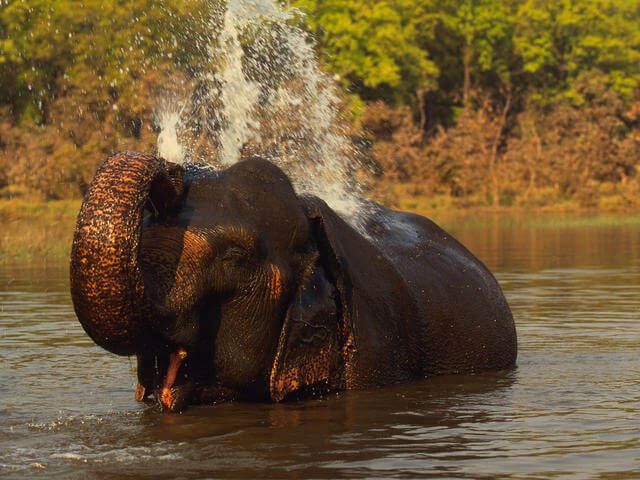 The Asian elephant was chosen as the national heritage animal, to bring more focus on this animal that is under threat because of urbanization and poaching.

In India, the elephant is worshiped as a form of God. It also forms an essential part of the rituals in many temples.

These giant animals are also held in high esteem by the tribal people living in the forest regions. Elephants are herbivorous animals, and one of the largest mammals living on land.

Pumpkin is the national vegetable of India. It is believed that the pumpkin is one of the oldest plants on earth.

This vegetable is used in all Indian cuisines to prepare a wide variety of dishes as well as sweets.

Pumpkin is a rich source of fiber, vitamins, and minerals. Its scientific name is Cucurbita maxima. Pumpkin flowers are yellow in color.

This Oath swears allegiance to the Republic of India. It is recited during Independence Day and Republic day events.

In many schools, students are encouraged to recite the national pledge during the prayer or assembly.

This pledge was originally written in Te4legu by Pydimarri Venkata Subba Rao in 1962. In 1963, it was first recited in a school in Vishakhapatnam. Now, it is translated into all Indian languages.

Who designed the national flag of India?

The national flag of India or Tiranga was designed by Pingali Venkayaa, a freedom fighter from Andhra Pradesh.

Who wrote the National Song of India?

The National Song of India or Vande Mataram was written by Bankim Chandra Chattopadhyay, a writer from West Bengal.

When was the first time the national anthem was sung?

Our national anthem was sung for the first time on 27th December 1911 during the Indian National Congress annual conference at Kolkata.

What is our national motto?

What are our national colors?

Our national colors are the colours we see in the national flag – saffron, white and green. In sports, blue is the colour that represents our country.

The National Symbols of India are very essential to the identity and heritage of India.

We the Indians are proud of these National Symbols as they fill our hearts with patriotism in every sense.

The post National Symbols of India appeared first on Edsys.